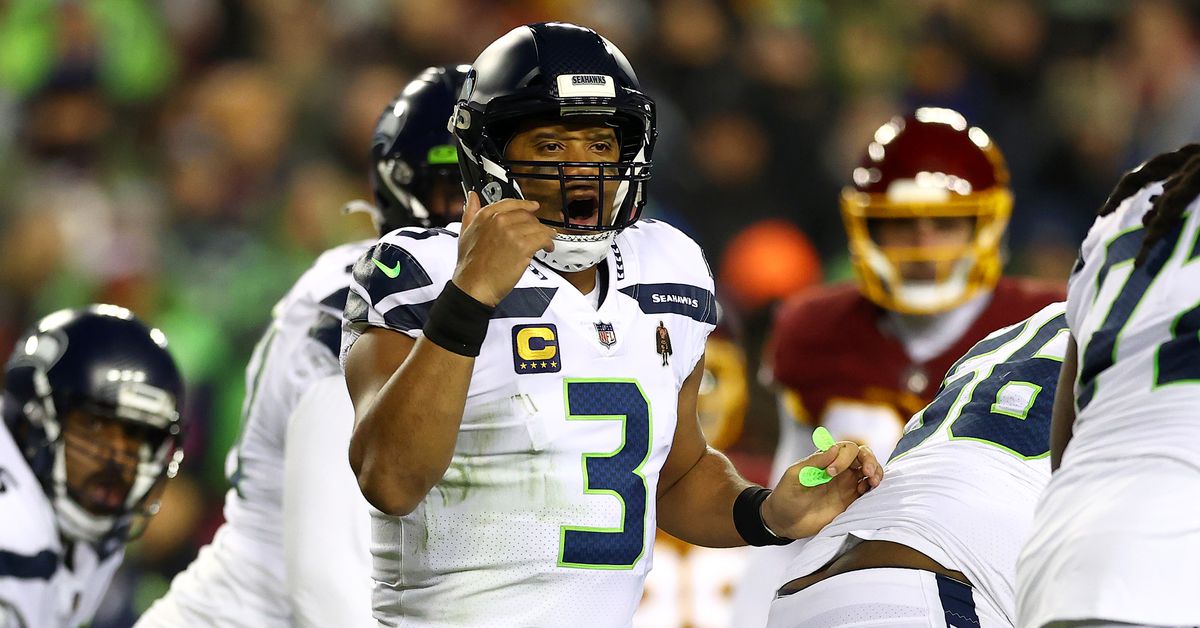 I’m not even angry anymore.

The Seattle Seahawks (3-8) are the worst they’ve been since Jim Mora’s season. And yes, I claim the 2010 and 2011 teams were more watchable than that. At least these teams, you could tell that something was brewing towards the possible streak of special hits that we’ve had… they just needed a franchise quarterback. Well, now this franchise quarterback is a big part of the problem and it looks like a massive rebuild is needed.

There is no winner on the offensive side of the ball after this putrid effort. It’s been five straight games without having managed to erase 300 yards. I can’t even believe they hit 45 games even with the two minute exercise at the end. Instead, I tip my hat to Tyler Lockett for almost reaching 100 yards again on just 3 catches. Ditto to Gerald Everett for his touchdown and team leader with 5 catches. Even Freddie Swain doesn’t get the winning tag. His contributions to the game up to his touchdown included a fall, a nearly muffled punt, and failure to recover Alex Collins’ fumble that bounced him back. Hats off to him for not missing that touchdown and that’s it.

I’m now a staunch defender of Rasheem Green’s re-signing only because of his blocked kick and coming back for two points at the end of half-time. Big boy was coming down the sideline and ended up being the first player in NFL history to do a block, recover and score for two runs in the short span of time that was a thing. Green was also one of the best pass runners of the night (not saying much) and he had his supporting moments in the run before everyone got out of gas.

I’ve been a little tough on Brooks this season, but he came to play. And for my money, he was better than Bobby Wagner, but they were both more than up to the mark. They both had 14 tackles (10 solo) and it was largely significant tackles that prevented big wins or early tries. Brooks would even recognize and turn off screens that give the impression of winning the super bowl That much. It’s only his second season yet, so it’s always worth giving him time to develop.

Hey! It’s two back-to-back road games with a pick for Jamal Adams. But he was only the recipient of a phenomenal play from Quandre Diggs, I was more impressed that Adams was a lot more disciplined with his tackles and he was quite good at passing coverage. The only demerit I see for him is being stuck on the McKissic touchdown on the screen pass, but otherwise he played well.

Taylor now leads the team with five sacks and was the only Seahawk to record a loss tackle. He probably could have had another sack without the elusive Taylor Heinicke character. I’m pretty sure he was also in the foreground for one of those 3rd and 1st run saves.

First of all, happy birthday to Russ. Now for the shot: This version of Russell Wilson is not ready to come back from his injury or we are seeing his rapid decline. We are getting a little too much from old Russell Wilson and not enough from old Russell Wilson. His 20/31 for 247 yards, 2 TD statline is remarkably misleading. The interception he threw on the two-point conversion seemed appropriate as he should have thrown at least two picks earlier in the game. Tyler Lockett’s precision on those deep crosses was still there, and his touchdown against Gerald Everett was one of his best throws of all seasons. Everything else in his performance was appalling, especially the sack he picked up on the two-minute drill that looked eerily like the one he had against the Rams on possession before his injury.

Right now Wilson is barely a working NFL starter with his 3rd and accuracy issues. And what strikes me the most is that he makes some reckless decisions that I haven’t seen in his rookie years. It’s not the injury. It was at the age of 33 that Matt Hasselbeck (who, unlike Russ, had a history of injuries) began his very steep decline. Russell is 33 now. Does history repeat itself? I hope not. But at no point in his career has Wilson been so bad for so long. Be as adamant as you like that this is really just Pete’s offense that Russ is leading, but if Pete has been doing it all the time, sure the shit didn’t seem too hard. He only looks slightly better than Geno Smith, and that’s amazing to think about.

What a critical escape from Collins and only the Seahawks’ third fumble lost all season. He was only 14 yards on 7 carries, but I attribute a lot of that to a rotten offensive line, speaking of …

Especially Ethan Pocic and Kyle Fuller. The interior of that offensive line was razed by the Washington front, which I could relate to at full strength, but they were shot down by Chase Young and Montez Sweat. Mike Solari must be fired. I think I tiptoed quite a bit given the Tom Cable era, but that o-line was unable to poke holes in the running game and too often let go of the pressures inside to count. I don’t know what they’re doing well and I’m sure hell is skeptical of their well-regarded “hit block hit rate”.

And this is not necessarily for lack of investment. Pocic is a second round pick, they traded a fourth round for veteran starting Gabe Jackson, and when healthy Damien Lewis is a third round. Duane Brown was acquired for a second-round pick in 2017 and he’s unfortunately hit that steep age-related drop now. This offensive line isn’t bad in 2017, but it’s definitely not good.

Weft. The rookie had a grip where he failed to land a first down when he went out of bounds early with no one near him. What was worse were the blown blocks he had on a racing game and an Everett screen. Maybe that’s part of why he hasn’t seen much of the field.

I don’t know what Collier’s pictures were used for. It was surely game-related for him to get Robert Nkemdiche’s call-up, but he lined up with 3-tech over and over again and failed to establish the advantage or generate anything that looked like pressure was maddening to watch. What an incredibly bad draft pick.

Watching Heinicke give him the okey-doke was sorry.

No statistic other than a penalty that gave Washington a first try. Sad to see him reduced to this after his great career at Cincinnati and some valuable games in 2020 after the mid-season trade.

There is no doubt that Carroll could have kicked the ball at the end of the first half with: 23 left and with the Washington kicker injured. Relying on Wilson’s tough account to blow up any team is a pointless experience except against the 49ers in the NFC Championship Game in a way. It’s the same old story. Although to defend it, I bet the Seahawks would have found a way to botch this. But I’ll have more on him later in the week. I’m not going to talk in depth about his coaching either.

This throw at DeeJay Dallas on 3 and 1. Why. How the hell did you get DK Metcalf on your team and you can’t come up with a simple target for him? Not even a silly pop pass that looks like a jet sweep? Metcalf is talented and has shown he is talented. Part of it concerns Wilson, but it looks like some great coordinators are finding a way to put their best players in favorable positions. Carroll can get involved in the offense as much as he wants, but “DK doesn’t see the ball for most of the game” can’t be part of the plan.