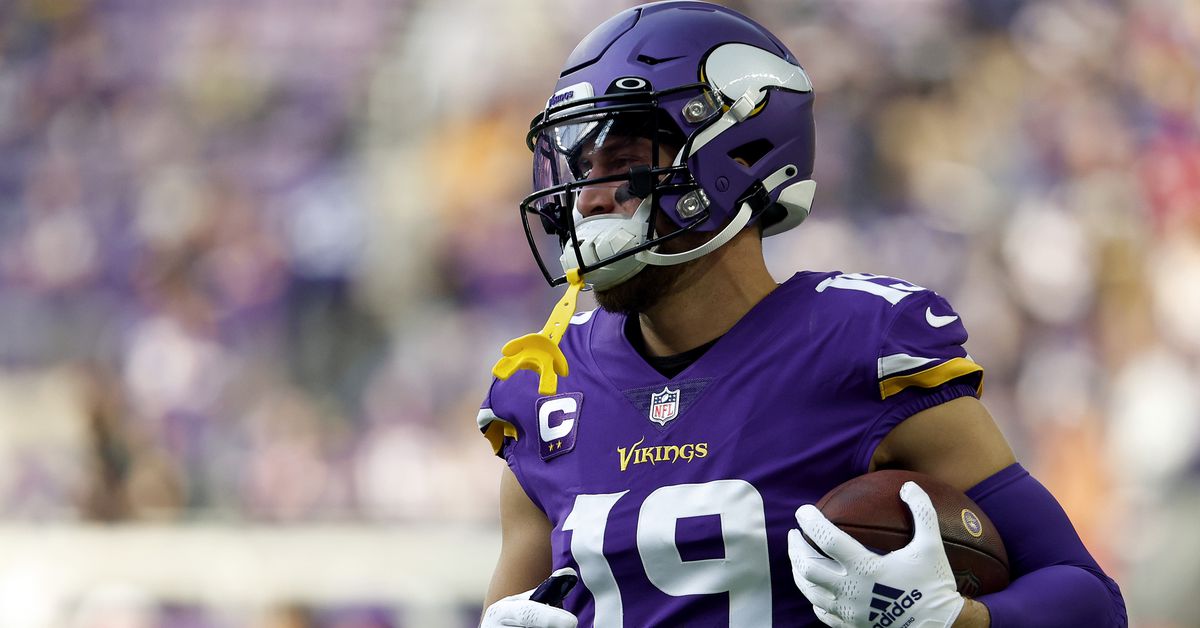 Adam Thielen is one of the most prolific receivers in Minnesota Vikings‘ history, and he further cemented his place in Sunday’s victory over the Arizona Cardinals.

Thielen’s six-catch performance Sunday took him to 499 receptions in his Vikings career. That total is now the third in Minnesota Vikings history. Steve Jordan, whom Thielen passed on Sunday, is now fourth with 498.

The only two players ahead of Thielen on the Vikings’ all-time receiving chart are two guys named Cris Carter (1,004) and Randy Moss (587).

Thielen also passed Jordan on the Vikings’ all-time receiving yardage list today, as he now sits sixth on that chart with 6,317 yards (Jordan has 6,307). He needs just 116 yards to climb to fourth on this list, jumping over Sammy White and Jake Reed to get there, and needs just two more touchdown receptions to pass Anthony Carter. for third place on the Vikings all-time list. Category.

All in all, that’s pretty good for a kid from Minnesota State who started out on special teams for the Vikings and worked his way up to be an incredibly productive NFL wide receiver.

Congratulations to Adam Thielen for cementing his place in Minnesota Vikings history.