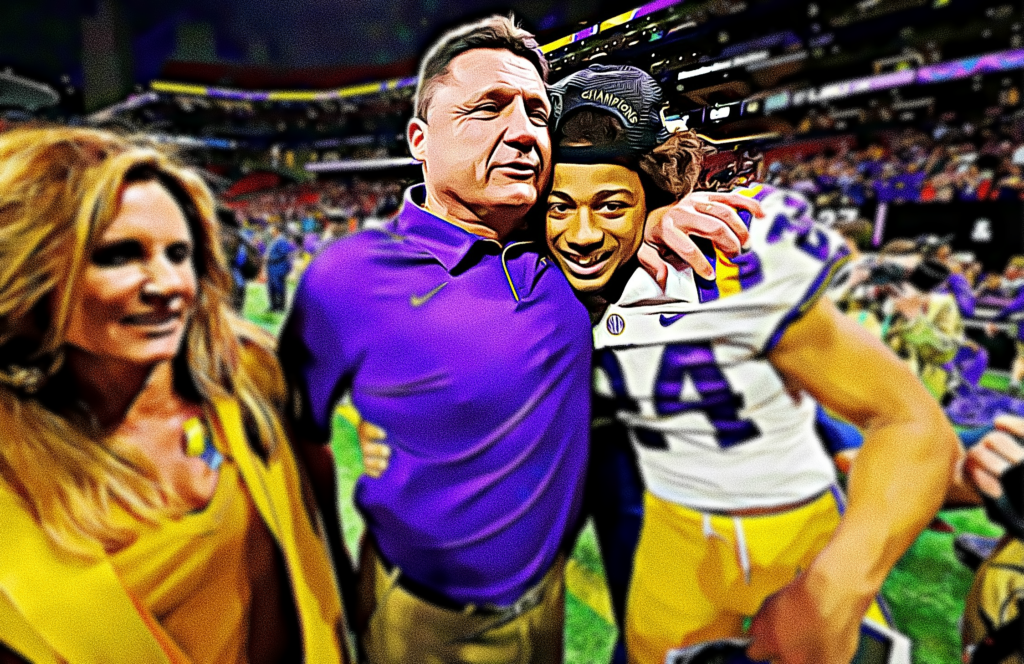 The draft mania for a while around Ahmad “Sauce” Garnder has faded recently as most Minnesota Vikings draft predictions have pivoted to the organization drafting a different cornerback in April.

There was a big “problem” for Sauce-to-Vikings. He’s too good to be available at the 12th overall pick, where the Vikings will be selected on April 28, unless traded. Gardner has performed wonderfully at the NFL Combine, so his draft stock has climbed into the Top 10 and even Top 5 for some mock drafts.

Ergo, the Vikings — badly in need of a free agency or draft cornerback — are most often linked to LSU’s Derek Stingley Jr..

The Vikings value LSU alumni — Justin Jefferson, Danielle Hunter and Patrick Peterson were on the 2021 roster — so adding a school CB wouldn’t be too surprising.

In fictional drafts this week, factoring in the first wave of free agency and Tyreek Hill’s trade with the Miami Dolphins, Stingley is “the guy” at twelve for Minnesota. Maurice Jones-Drew, a former professional running back, sent Stingley to the Vikings in his last joke:

“New general manager Kwesi Adofo-Mensah takes on Stingley with his first draft pick in a bid to find the team’s new CB1. The LSU product comes with questions, but he has the natural talent to end the Vikings’ multi-year search for a top cover man.“

“Minnesota signed Za’Darius Smith to team up with Danielle Hunter, which opens the door for them to tackle another critical defensive position. Stingley was once considered a possible top-three overall selection, but injuries and COVID upended that plan. Vikings take a bit of a risk, but who doesn’t? Stingley could be the locking man cover cornerback they’ve been chasing for years.“

Stingley would be a welcome addition to the Vikings secondary to partner with Cameron Dantzler and whatever corners Adofo-Mensah might sign in the days and weeks ahead. Minnesota has about $16 million in cap space following the signing of Za’Darius Smith and the restructuring of Adam Thielen’s contract, so a CB free agent should be “on the way.”

LSU’s 2021 defensive coordinator for Stingley Jr. joined the Vikings staff in February. His name is Daronte Jones, and he was Minnesota’s defensive backs coach in 2020 before heading south for a season to lead LSU’s defense. Now he’s back, as the Vikings change their name with new leadership. Jones in the building is a reasonable indicator that Minnesota could seriously explore Stingley at No. 12.

But write it down. Garnder probably won’t be available – he’s too coveted. Stingley is the next logical choice.

Dustin Baker is a political scientist who graduated from the University of Minnesota in 2007. His YouTube channel, VikesNowdebuts in March 2022. It host a podcast with Bryant McKinnie, airing every Wednesday with Raun Saw and Sally from Minneapolis. His Viking fandom dates back to 1996. Guilty pleasures listed: Peanut Butter Ice Cream, “The Sopranos” and The Doors (the band).