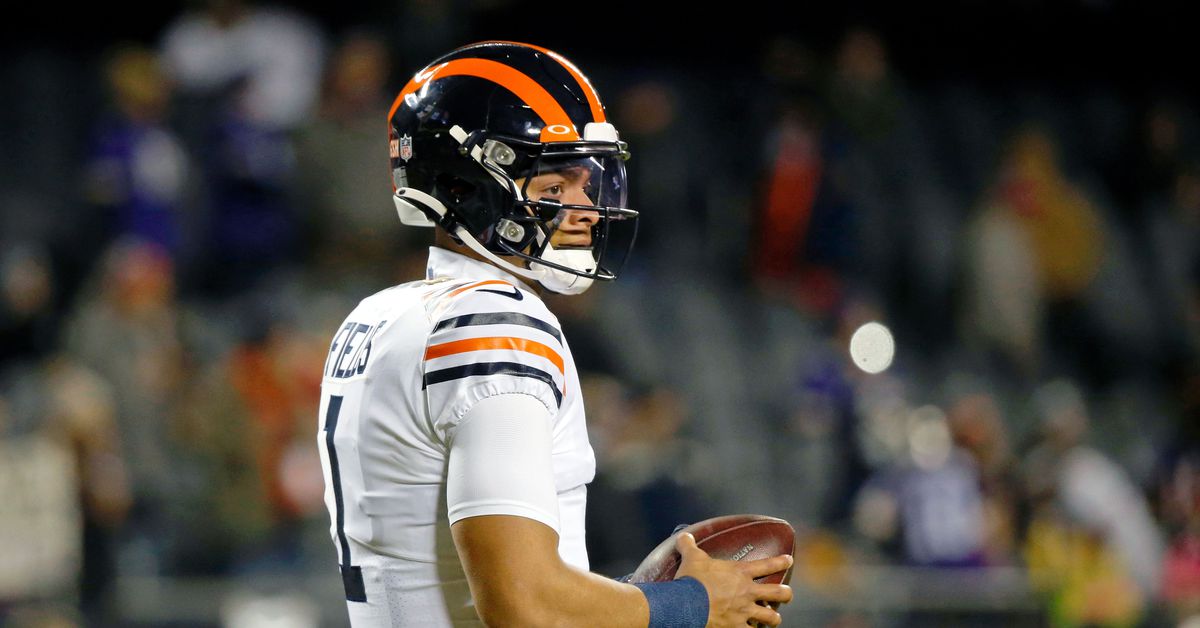 The Bears are slowly but surely moving in the right direction.

They have a young quarterback in Justin Fields, strong young players on both sides of the ball, a new head coach in Matt Eberflus and a new general manager in Ryan Poles. They’ve made some intriguing moves this offseason, but bettors don’t believe those moves will translate into immediate progress.

According to Sports Betting Dime, their odds of winning the 2023 Super Bowl are currently listed at +10,000, which puts them tied for the fifth-worst odds in the NFL. Other teams that hold the same odds include the Falcons, Panthers, and Giants.

Chicago isn’t the lowest-rated team in the NFC North, as the Lions have the worst Super Bowl odds at +15,000. That said, current projections would see them finish as one of the worst teams in the NFL, guaranteeing them at least a top-10 pick.

A change of guard in the coaching staff could bring some long-term optimism around the Bears, and they face an easier schedule on paper than last year. That said, it’s clear that this team is a major work in progress.

The Bears’ offense isn’t exactly better from a personnel standpoint — on paper, you could argue they’ve gotten worse. There’s the potential for Justin Fields, Darnell Mooney and Teven Jenkins to look forward to, but the guns look pretty slim for Fields in his second season in the NFL.

It shouldn’t be a bold take that the Bears aren’t nationally expected to make the playoffs. Ryan Poles will need time to shape the roster in his image, and while there are reasons to be optimistic about the future, it seems unlikely that those results will start to show immediately.