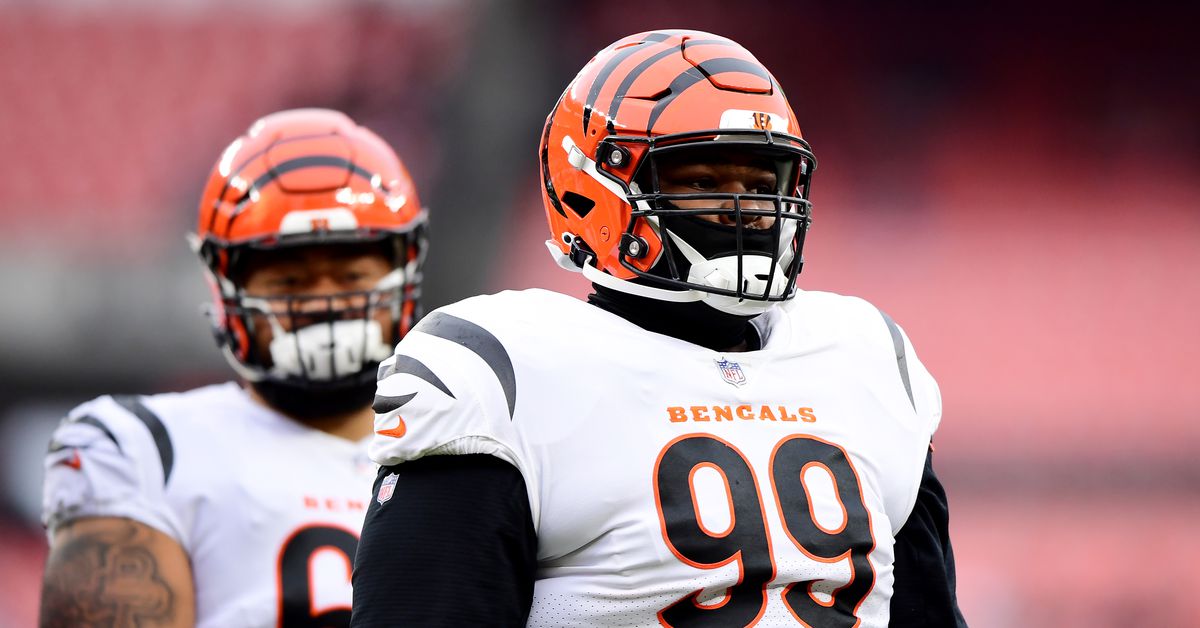 The Cincinnati Bengals roster cuts are coming and, according to Jordan Schultz, the Bengals are releasing defensive tackle Tyler Shelvin.

Shelvin, a fourth-round pick last year NFL Draft, was entering his second year with the Bengals. He appeared in just three games and had 49 snaps as a rookie in 2021, most of them coming in Week 18 against the Cleveland Browns when the starters weren’t playing. He also played in the team’s divisional round win over the Tennessee Titans and their AFC Championship win on the Kansas City Chiefs.

Shelvin’s most memorable moment came just after the AFC Championship when he put on the former USL his teammate Joe Burrow on his shoulders, reflecting an iconic moment they shared in college during the historic 2019 season.

Shelvin becomes the second member of the Bengals’ 2021 draft class who is no longer on the team. Seventh-round pick Wyatt Hubert retired earlier this month due to injury. His release also indicates the Bengals will have just four defensive tackles, or add a fifth this week.

In addition to Shelvin, the Bengals have also released running back Jacques Patrick, according to PFF’s Doug Kyed.

The #Bengals waive RB Jacques Patrick, per source. He could return to Cincinnati’s practice squad.

Patrick originally joined the Bengals in 2020, after his brief stint in the XFL. He spent the 2020 season in the practice squad.

In 2021, Patrick remained with the team through the offseason, but was waived from the final cuts for the second year in a row. It will eventually land with the San Francisco 49ers for a little while, but became available in the offseason. The Bengals added him on July 28 this offseason following an injury to Elijah Holyfield.

Patrick’s release brings the Bengals down to four running backs, and according to Paul Dehner Jr. of The Athletic, that’s how many Bengals retain the top 53. Trayveon Williams remains the fourth back.

The #Bengals maintain four RBs throughout the cut, as did fourth-year running back Trayveon Williams, per source.