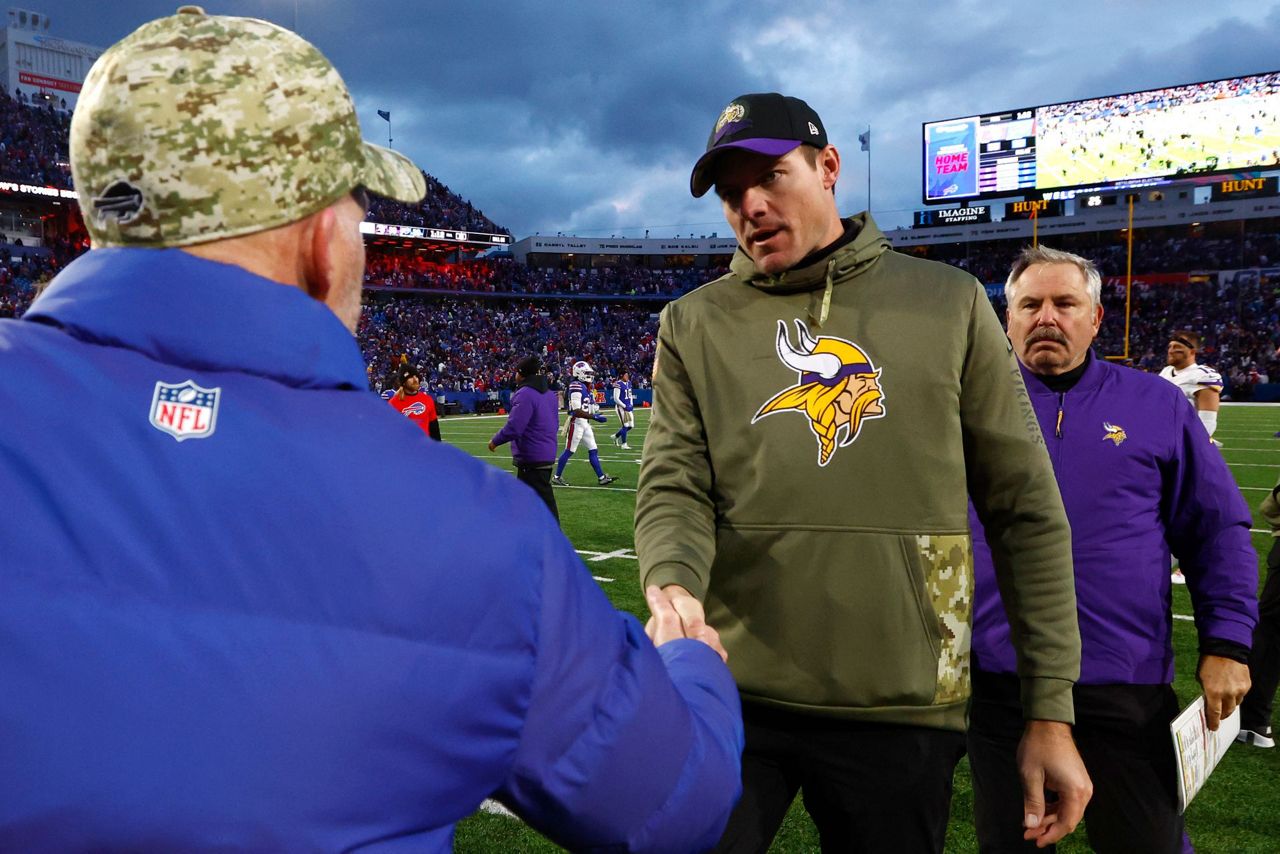 ORCHARD PARK, NY (AP) — The Vikings beat the Bills in overtime. Without a refereeing error, they might have won in regulation time.

The NFL’s senior vice president of umpiring has acknowledged there was a breakdown in the instant replay process after a tiebreak late in Minnesota’s 33-30 win over Buffalo on Sunday.

Gabe Davis’ 20-yard reception along the sideline with 24 seconds left in regulation should have been reviewed before the Bills threw another play, Walt Anderson told a pool reporter after the game . The catch happened on Buffalo’s five-play, 69-yard run that ended with Tyler Bass hitting a 29-yard field goal to force overtime with 2 seconds left.

“Even if it happens quickly and Buffalo rushes to the line of scrimmage for the next play, if the replay official can’t confirm it was a hold on such a long completed pass, we should stop play. to make sure it was a catch. “, said Anderson.

On replays, it appeared Davis failed to secure the ball when he fell out of bounds.

“It would have been reversed to an incomplete pass because he didn’t maintain control of the ball after he touched down and the ball touched the ground out of bounds,” Anderson said.

Vikings coach Kevin O’Connell said the catch happened in front of him on the sideline. He was unable to challenge the decision as it happened in the last 2 minutes and said he did not get an explanation from the officials.

“I didn’t think it was a snag,” O’Connell said. “In this mode, it must be something they have to look at from above, or maybe from New York. We didn’t get specifics on that. I asked.

Anderson said league officials will review video and audio from the game to determine why there was no replay.

“I’m going to have to ask the official to replay exactly what he didn’t feel like he saw to stop the game,” Anderson said.

O’Connell said there may have been another officiating error in overtime that could have affected the result. He wondered if the Bills had 12 defensemen on the field when Minnesota running back Dalvin Cook was tackled for a 3-yard loss on the Bills 2 first base.

The Vikings threw what turned out to be the game-winning field goal three plays later, but a touchdown in the first overtime campaign would have ended the game without giving the Bills offense a chance to respond.

Anderson credited the replay officials with getting the call right on two key plays in the final minute of regulation.

He said replays showed Vikings quarterback Kirk Cousins’ shoulder was down before he extended the ball over the goal line on fourth and the goal from the half-yard line with 49 seconds left.

On the next play, Bills quarterback Josh Allen missed the snap, which was recovered by Vikings linebacker Eric Kendricks for a touchdown.

Anderson said the replays made it clear Allen lost the ball and the officials correctly stuck with the infield call – a Vikings touchdown – after various camera angles were unable to confirm who performed the recovery.

Copyright 2022 The Associated Press. All rights reserved. This material may not be published, broadcast, rewritten or redistributed without permission.