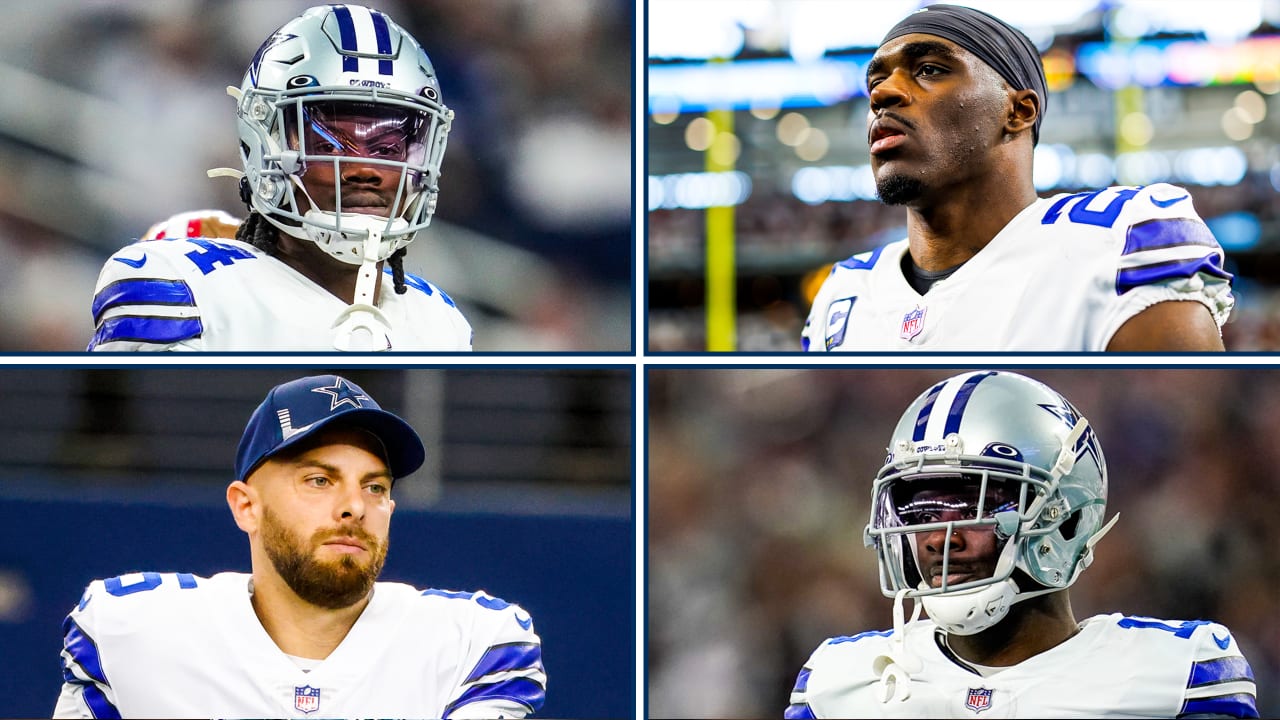 Can the Cowboys keep their best players?

FRISCO, Texas – Over the next few days, a lot will change in terms of the Cowboys roster, especially when the official free agent signing period opens on March 16.

But until then, there will be a few other deadlines, including Tuesday, the last day teams can place the franchise tag on a player. Additionally, there will be a two-day window during which other teams can begin negotiating with free agents before the start of the league’s new year.

So expect some chaos regarding this team, which has more than 20 unrestricted free agents on the roster.

Today, let’s focus on the remaining free agents – the key players who have been the headliners since the start. These are the guys who will probably make or destroy the Cowboys free agency period, who will probably try to keep them all if possible.

Bryan Anger – He’s on this list because he was a Pro Bowler and second-team All-Pro in 2021, his only season with the Cowboys. The Wrath also set Cowboys punt records for net average and proved to be a great weapon. How much will it be worth on the open market? We’ll find out, but the Cowboys definitely want to keep him and it seems like he likes to play in the John Fassel scheme which always helps bettors and their stats.

Michael Gallup – According to reports, the Cowboys are close to finalizing a deal with Gallup. But if they do try to trade Amari Cooper, any news or announcement on that front is unlikely to come before that. Gallup, despite an anterior cruciate ligament injury, is expected to be back in the squad next season. The bigger question is when will he be ready considering he got injured in early January and didn’t have surgery for a few weeks after that.

Randy Gregory – Arguably the biggest mystery in free agency for the Cowboys. One thing seems pretty clear at this point – Gregory will be able to test the market. Projections of the type of contract Gregory will get are all over the map — ranging from $6 million per season to $15 million. When this happens, it usually ends near the middle. If so, will the Cowboys even be able to afford it? We’ll find out, but we know what Jerry Jones and the Cowboys think of Randy Gregory, the person and the player. Let’s see if the two sides can work out a deal to keep him here.

Dalton Schultz– This one has already undergone some changes as the Cowboys placed the franchise tag ahead of Tuesday’s NFL deadline. That means Schultz will likely make the team this year, assuming he signs the one-year, $10.9 million takeover bid or the Cowboys reach a new long-term deal with their tight end. The only change would be if another team decided to sign him for an offer and the Cowboys refused to match the deal. They would then have to negotiate compensation with that team. Usually signing a marked player results in two No. 1 picks, but it could be less than that if the Cowboys were willing to take him. But overall, it would seem likely that Schultz will stay with the Cowboys for this season at least.

Jayron Kerse –The Cowboys added Kearse late in free agency and his signing came with little fanfare. It turned out to be one of the best signings in the team’s history, considering he wasn’t expensive, he wasn’t a marquee addition but ended up leading the team in tackles. Now, how much will it cost to keep it? That’s the question the Cowboys and even Kearse’s agent don’t really know. The market will dictate what happens with Kearse, but the Cowboys will do everything they can to keep him, maybe even before the market opens next week.