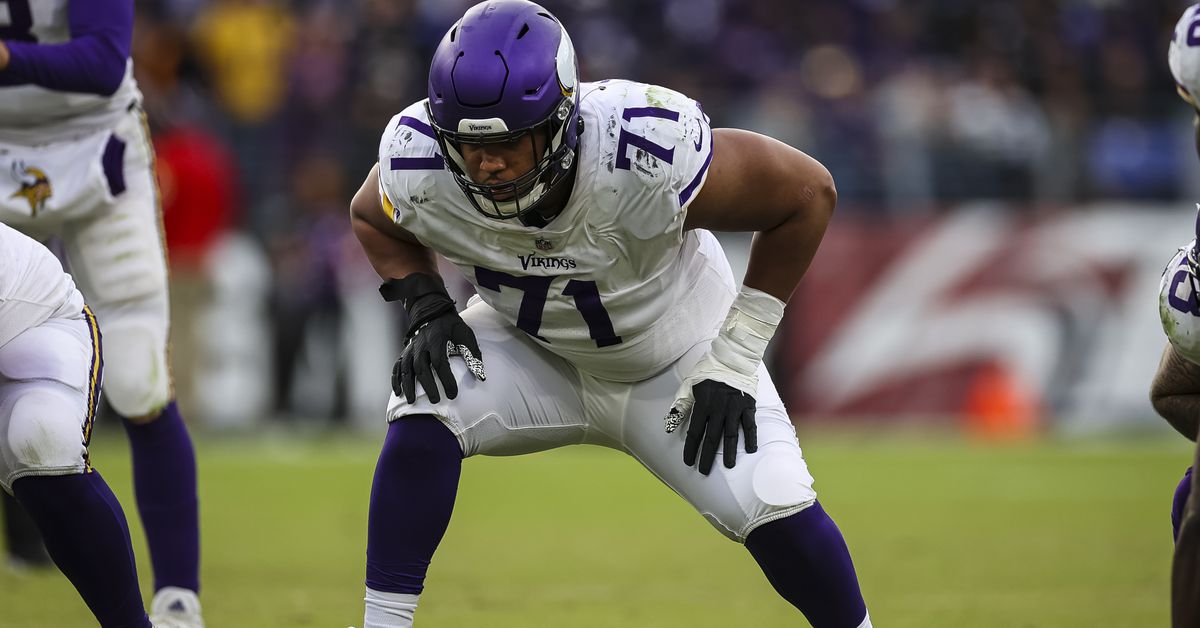 Left tackle Christian Darrisaw had an up-and-down rookie season for the Minnesota Vikings in 2021. He got off to a slow start after missing preseason and the start of the regular season through injury, but once he got into the lineup he really started to take shape. This pre-season he has drawn praise from Minnesota coaches and now another entity has jumped on the hype bandwagon.

The NFL Network’s Peter Schrager made his list of the NFL’s top 10 “breakout candidates” for the upcoming season, and he had Darrisaw on his list at No. 3. You can check out the clip of him talking about Darrisaw here .

As you can see from the tweet above, Schrager even went so far as to say he thinks we’ll be talking about Darrisaw as one of the best left tackles in football this year. For an offensive line that has struggled to get it right for a very long time, this would be a pretty welcome development. This team hasn’t really had a top-notch left tackle since Bryant McKinnie was in town, and if Darrisaw can form a pair of top-notch bookends with Brian O’Neill, that will really help the new attack led by Kevin O’Connell.

It’s nice to see a member of the Vikings that most fans might not know immediately receive praise and see people jump on the hype train for him. Here’s hoping he proves everyone right in 2022 and beyond.