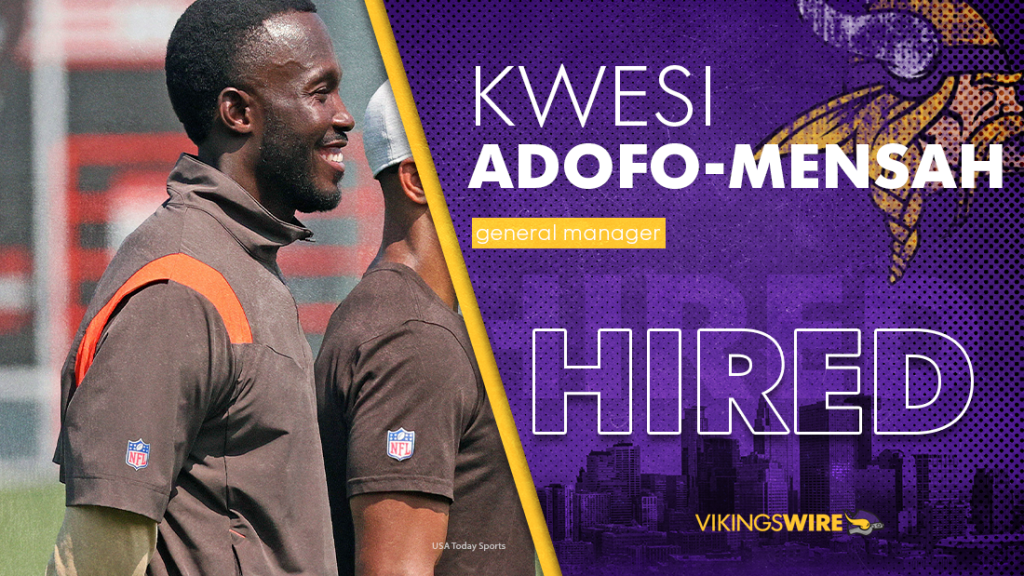 If ever there was a question of who runs the show for the Minnesota Vikings on the personnel side, look no further than newly hired general manager Kwesi Adofo-Mensah.

All you have to do is take a look at the head coach candidates chosen for a second round of interviews to see where things are headed.

Three of the remaining four candidates had a working relationship with Adofo-Mensah during his time working in San Francisco as manager and eventually director of football research and development. So at least 75% of the names called up for interviews are very familiar candidates for the Vikings general manager.

Michigan coach Jim Harbaugh was finishing the last two years of his stint in San Francisco when Adofo-Mensah first arrived. This was obviously around the time that the honeymoon period between Harbaugh and the 49ers was beginning to fade.

But he obviously had a good relationship with Adofo-Mensah, and his ability to take a team 6-10 to an NFC championship and the Super Bowl in consecutive seasons garnered a lot of respect.

So Vikings owners Mark and Zygi Wilf are clearly letting their general manager run the show. Their willingness to do so was one of the reasons I considered the Vikings the best situation for any new general manager and coach.

Of course, Adofo-Mensah maintains the belief that this will be a collaborative process. He approaches things with an open-minded approach by working in unison with everyone around him to try to make the best decisions possible.

“Whether I say I make the decision or not, it will be a collaborative process. I’m always about different points of view, different ideas,” Adofo-Mensah said during his introductory press conference. “It’s not all about algorithms or life, but you find that the best decision-making engines combine information that’s not related to each other but related to the thing you’re trying to find. … It’s one of my core beliefs, and so in any decision-making room I’m in, I always look for the other opinion and try to put it all together and then come out the other end.

Some criticized the Vikings for allowing the previous regime to stay in power for as long as they did. Rick Spielman served as general manager for a decade, while Mike Zimmer served as head coach for eight years.

However, one positive takeaway is the fact that ownership in Minnesota is not influenced by knee-jerk reactions. It’s more likely that Adofo-Mensah and the future head coach have the ability to instill a plan and see it through without constantly looking over their shoulders.

Some NFL teams are replacing head coaches and general managers as quickly as players do these days.

Raheem Morris being named the fourth runner-up for the vacant head coaching job shows Adofo-Mensah’s willingness to look outside the box. While Morris isn’t someone he’s ever had a working relationship with in the NFL, he’s clearly a worthy candidate with plenty of coaching experience.

He is also the only candidate, aside from Harbaugh, to have previously served as an NFL head coach.

Everyone in the Vikings organization is clearly working in unison to find the right person for the job, but Adofo-Mensah’s influence on the team is no longer in doubt. His fingerprints are all over this head coaching search, and they should continue to be on everything else as well.