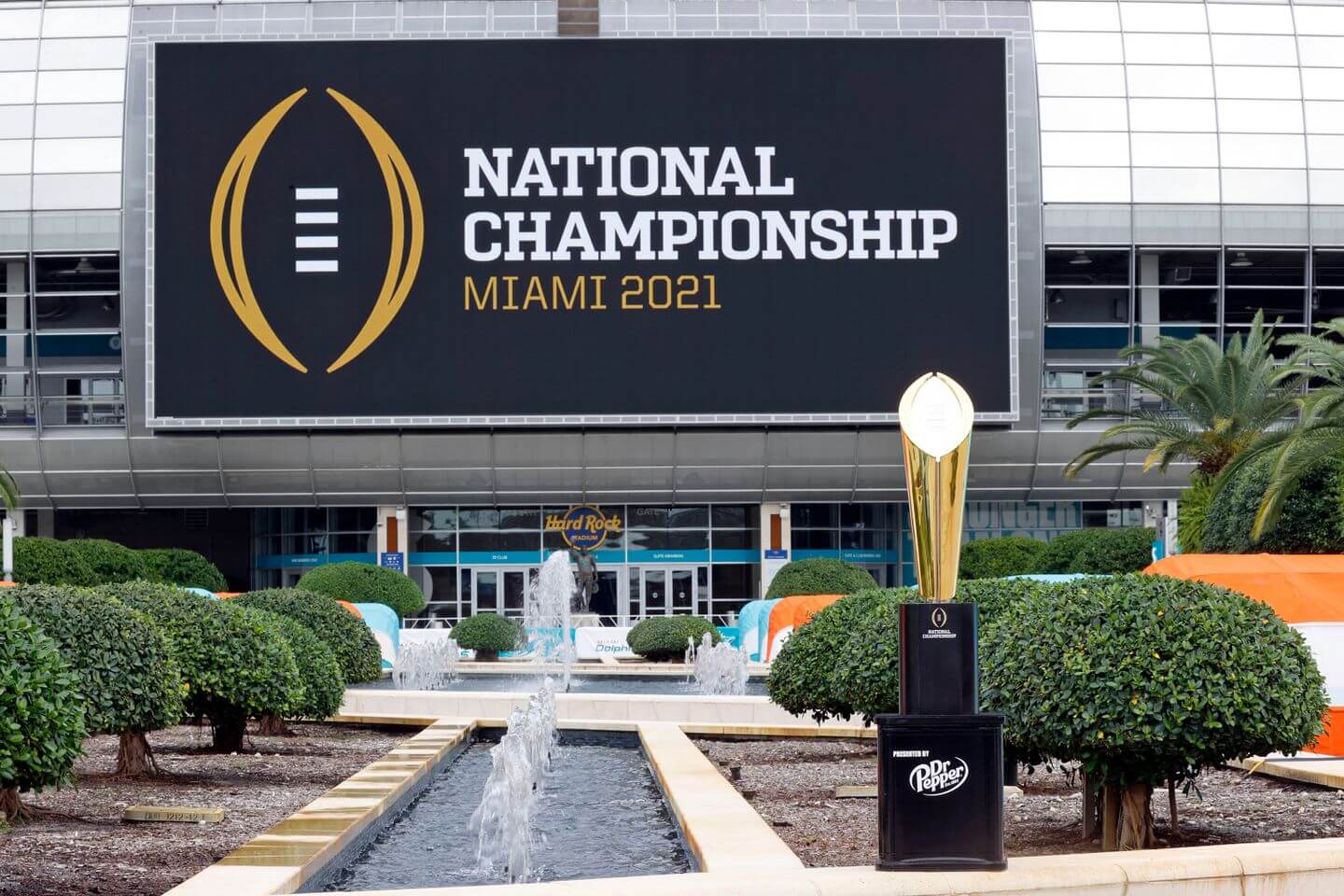 College football playoff leaders have yet to agree on expansion, to meet on December 1

After two days of meetings to discuss details of the college football playoff expansion, a final deal will have to wait now. Executive Director Bill Hancock said the management committee will meet again on December 1, adding that the CFP needs to make a decision by the end of this year in order to have a post-season format with more four teams in place for the 2024 regular season.

The CFP management committee, a group made up of the 10 FBS commissioners and Notre Dame athletic director Jack Swarbrick, met in Grapevine, Texas on Wednesday and Thursday to try to determine the size of the rack, as well as the number besides the important auctions and the auctions reserved for the champions of the conference.

Such decisions must be unanimous. The group needs to agree on the format before they can move on to the next steps in the expansion process – from deciding where and when the games will be played to resolving contractual issues with media partners and bowling.

“There is a consensus that the expansion would be good for college football,” Hancock said. “It’s just a matter of how.”

For months, those involved in the playoff expansion process weren’t sure they could put everyone on the same page in time to kickstart the process before the current ESPN contract expires in 2026. At least two commissioners (in the ACC and Big Ten) have pushed for an eight-team model, while the rest of the group supports a 12-team format; the Pac-12 seemed open to both sizes.

Since June, the conversation about CFP expansion has focused on a 12-team format that would include the six top-ranked conference champions and six overall teams. This proposal was originally presented on June 10 by a four-member CFP task force comprising Swarbrick, SEC Commissioner Greg Sankey, Big 12 Commissioner Bob Bowlsby and Mountain West Commissioner Craig Thompson. The goal of the model is to increase access to the flagship playoff event and keep more teams alive in the playoff race later in the regular season.

On Saturday, Sankey doubled his position and reaffirmed his preference for the CFP to remain at four teams or expand to 12. He strongly opposes an eight-team model that would feature the Power 5 conference champions and a guaranteed place in the group of 5, because it only makes room for two at-larges.

Initially, it was hoped that the expansion process could speed up quickly, culminating in approval in early fall. But the SEC’s seismic addition of Oklahoma and Texas in late July sparked a wave of conference realignment across the country, leading to friction and suspicion.

This affected all kinds of relationships between college sports administrators, and it led to an alliance between the three new Power 5 commissioners (in the ACC, Big Ten and Pac-12) which raised questions about the formation of the group. CFP work and the process which led to a recommendation of 12 field teams instead of eight.

“We had two productive days,” said Kevin Warren, Big Ten commissioner. Athleticism. “It was an interesting trip to Dallas. We had a positive energy in the room. We are able to solve a lot of important issues. Now we’re at a point where we really need to start unboxing some of the meatier issues. J So look forward to our next reunion. … I always try to trust the tone and energy of the room, and it was a really positive energy in the room. “

The two sides of the debate are yet to come together and hope they can come up with something next month. Otherwise, those involved wonder if it even makes sense to continue to meet frequently without lights at the end of the tunnel.

“Everyone’s looking for a deadline,” Hancock said Thursday. “And I think it must be the end of the year. But it’s not set in stone.”