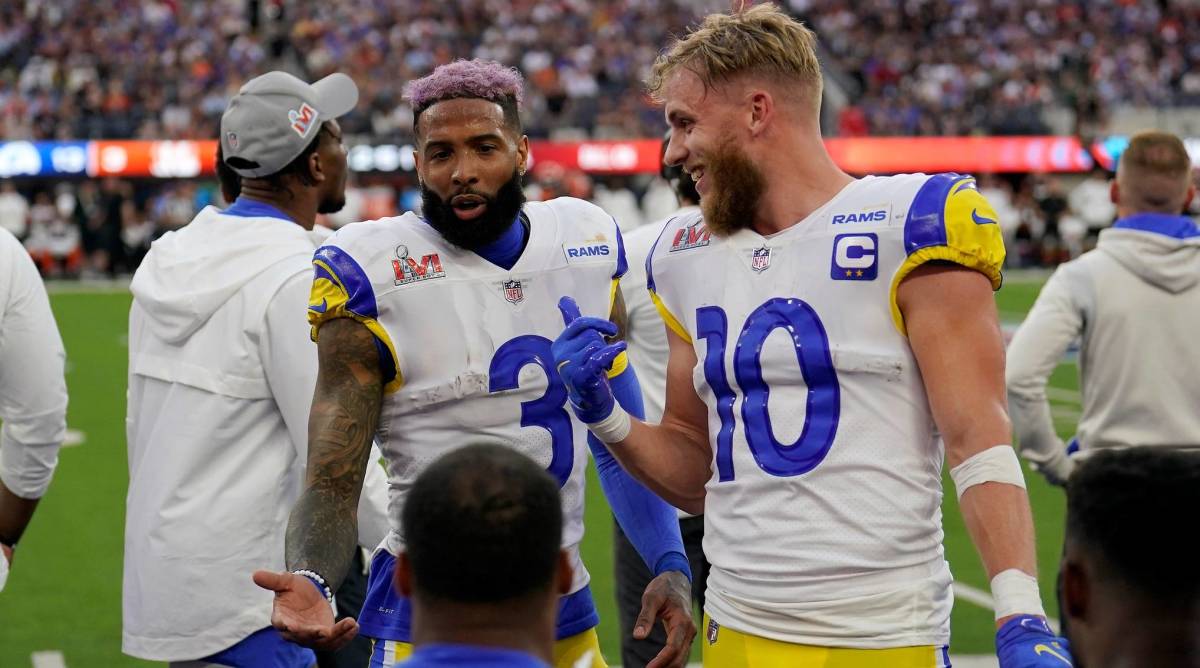 Odell Beckham Jr. is still a free agent, and while he’s been linked to a potential Rams return, it’s still up in the air where he’ll play next season.

As Beckham waits to make his decision, one of his former teammates publicly congratulates him. Cooper Kupp appeared on ESPN’s First Take to explain the impact Beckham had on the team last year.

“What he was able to do coming into that attack, learning about it and being able to go and execute the way he did was absolutely amazing,” Kupp said. “But just as a person, as a teammate, how he was in our building, I would absolutely love nothing more than to be able to bring him back and be part of what we’re building here.”

Kupp said he is still in contact with Beckham even though the two are no longer technically teammates.

Additionally, Kupp laments the fact that Beckham was injured during the Super Bowl. Beckham had two catches for 52 yards and a touchdown in the first half before tearing his ACL, which not only ended his day but also forced him into a tough recovery while hitting the agent market free.

“There’s a lot to deal with because of the terrible unfortunate situation where he was going to have an amazing game this Super Bowl,” Kupp said. “The way things were going and the way the Bengals were playing us, the game plan we had so he could get out of this game, it kills me how it all went.”

The Rams’ wide receiver room will be different next year whether or not Beckham returns. Los Angeles traded Robert Woods and replaced him by signing Allen Robinson to a three-year contract.