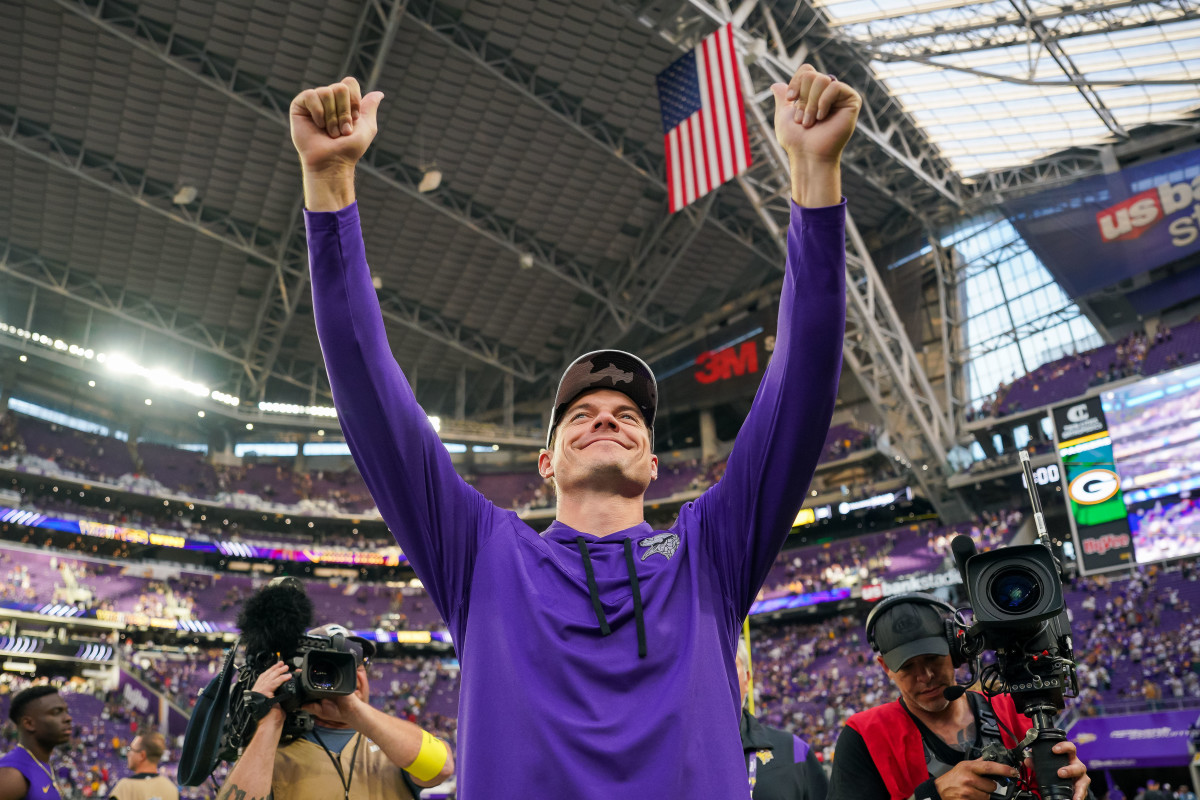 So far, so good for the new Viking regime.

In January, the team’s ownership made sweeping changes, firing general manager Rick Spielman and head coach Mike Zimmer after a second straight season without the playoffs. They then hired innovative, culture-focused young replacements in Kwesi Adofo-Mensah and Kevin O’Connell.

Sunday, the new era of Minnesota got off to a great start in a 23-7 win on the rival Packers. O’Connell got his first win in his first game as NFL head coach, calling shots as the Vikings averaged 6.5 yards per game in a game dominated by wide receiver Justin Jefferson . Adofo-Mensah looked at the roster he helped put together this offseason game at a high level on both sides of the ball, with free agent acquisitions Za’Darius Smith, Jordan Hicks and Harrison Phillips contributing to a defensive effort stuffy.

After the game, quarterback Kirk Cousins ​​took the opportunity to present match points to O’Connell and Adofo-Mensah.

“I strongly believe (that) everything goes up and down on leadership”, Cousins ​​says in locker room speech. “Leader speed, team speed. These two guys are running this organization and we’re going to go as far as they can take us.”

“All the way,” adds owner and president Zygi Wilf.

“All the way,” Cousins ​​replied. “As those guys were leading us, it was their first win. So good game for you both.”

Later, in his post-match press conference, Cousins ​​said it was the first time he had given out a match ball.

“Someone on the sidelines brought it to me, so I went to see Mr. Wilf, Zygi, and I just said ‘Hey, are you okay if I present it to them?’ and he said yes,” Cousins ​​said. “They had footballs ready and everything.”

It was just one game and one win. There will undoubtedly be adversity befalling the Vikings this year, and winning this game does not guarantee they will continue to have a successful season.

But a new era of Vikings football couldn’t have started better than it did on Sunday. They played well in all three phases, avoided penalties and prevailed over their biggest rivals in front of a fiery crowd.

It all made for a pretty ideal start to a new chapter in Viking history.