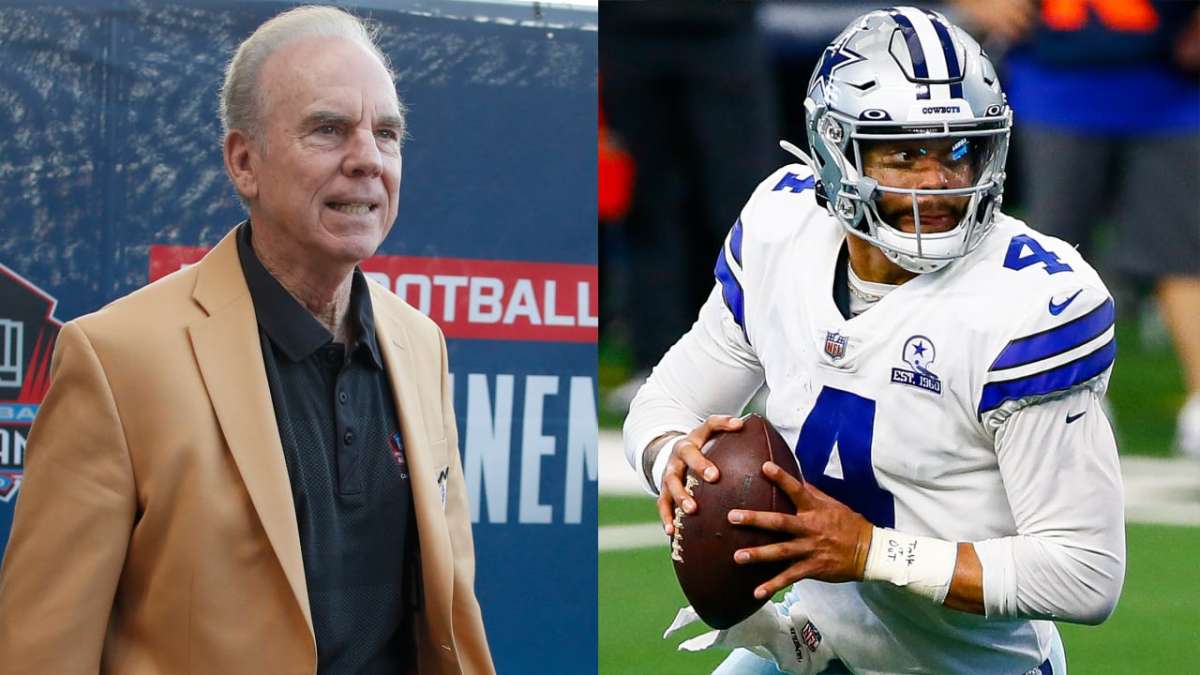 FRISCO — Some believe the Dallas Cowboys have spent this offseason taking a step back from where the club was at the end of the 2021 NFL season. Not only does Dak Prescott disagree with this view, there is one statistic that actually supports the idea that Prescott is headed for the heights.

Traditionalists won’t like it, but it’s a mathematical fact: Dak Prescott is about to catch up to, and pass, Roger Staubach. As our Richie Whitt writes:

“But maybe he should?

“In likely Week 3 of the upcoming season, Prescott will pass Staubach for No. 3 on the team’s all-time passing distance list (he trails by just 617 yards).

“A little more important than passing yards: Staubach was 13-7 in playoff games with two Super Bowl wins; Prescott is 1-3 and never past the round divisional.”

So, as you see, we’re not claiming that Dak is better than Roger. We’re also readily willing to admit that the NFL game has changed in a way that distorts passing distance.

But still… It’s something.

More important than Dak being “better” than Roger, the 2022 Cowboys are better than the 2021 edition.

Dak recently said, “We definitely haven’t backed down. We’re going to keep improving and that’s what this offseason is all about.

Peter King’s recent 2022 NFL power rankings don’t reflect that confidence; The Cowboys enter the standings at No. 15. By comparison, division rivals Philadelphia Eagles ranked at No. 9, the New York Giants at No. 24 and the Washington Commanders at No. 26.

The Cowboys finished with a 12-5 record, which was enough to earn the third seed in the playoffs. However, after a disappointing 23-17 loss to the San Francisco 49ers, the championship prospects for the team entering the 2022 season are, for some, slightly lower.

But Dallas thinks it employs a fundamental player and leader in Dak Prescott. And soon, speaking of being a “leader”: Dak Prescott will be a statistical leader of the Cowboys, ahead of Roger Staubach.

Want the latest news and insider information on the Dallas Cowboys? Subscribe to the Daily Cowboys SI newsletter with Mike Fisher now!