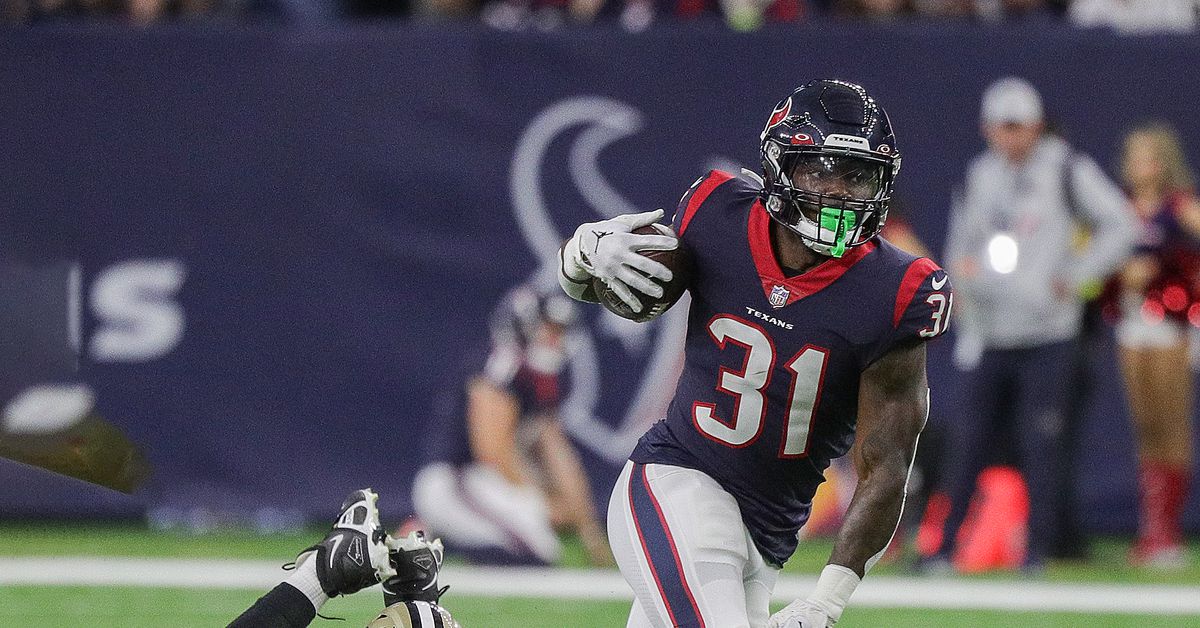 Houston Texans rookie RB Dameon Pierce may have won the starting job in Week 3 of the preseason against the San Francisco 49ers. If he didn’t, he did everything you could ask of a rookie during pre-season. Pierce scored a TD with 37 yards on six carries for the Texans to open the game on the first drive.

Pierce has impressed all pre-season and in practice during training camp. This led to some hype ahead of the fantasy football draft season. Pierce averages just outside the top 40 among RBs in fantasy drafts. If he’s able to beat Marlon Mack and Rex Burkhead, Pierce has a chance to return some really good value as a late-round flyer at RB. If your draft is after week 3 of the preseason, it may be too late. Pierce should earn some hype from this drive alone.

Pierce is a great zero RB target. You can wait and throw a bunch of darts blindly towards the end of your draft and see if anything hits. Pierce, if nothing else, should be transported as a timeshare. That is, if Mack and/or Burkhead remain healthy/functioning well. The Texans could view this season as a washout and look to the draft on a rebuild, which would mean there’s no reason to push Pierce if he has an advantage. It’s also the NFL. Coaches are stubborn. Lovie Smith is a veteran but we have always associated his teams in the past with defense and ball management. If Pierce is the best at running the ball, Smith will use him.

2022 could be the year of the Minnesota Vikings