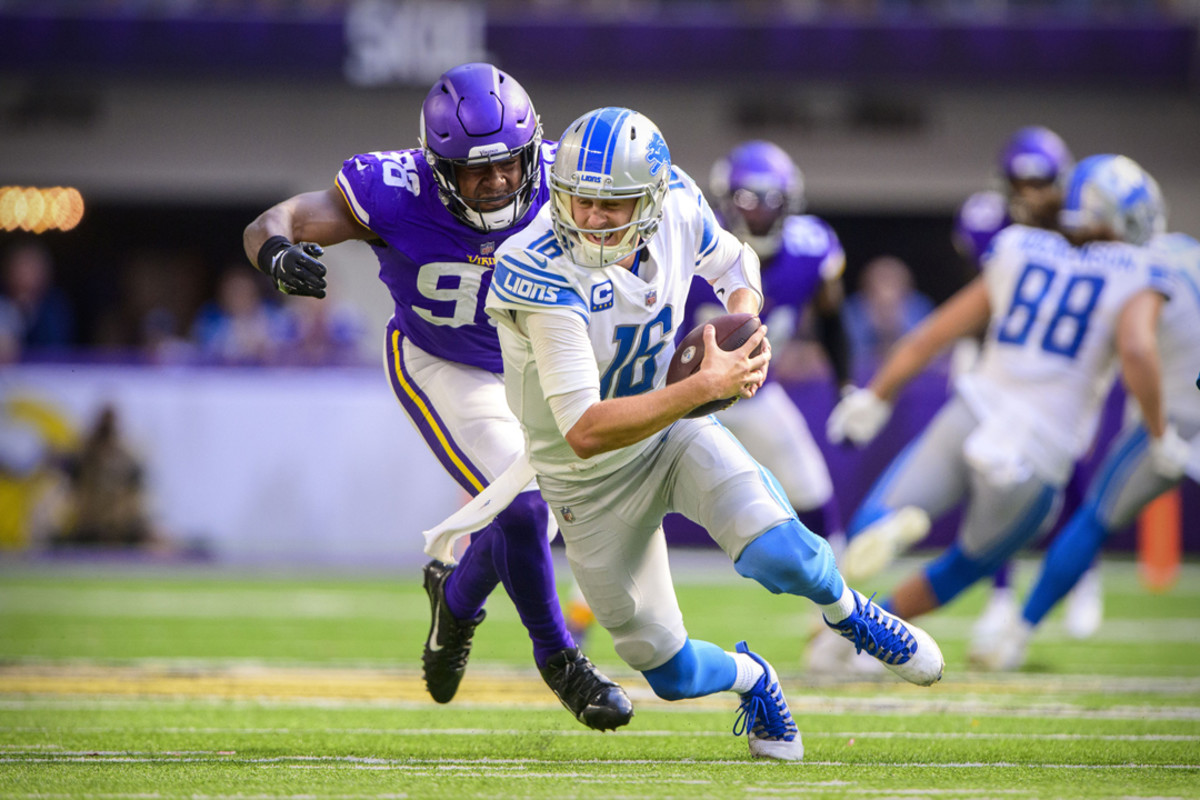 The Detroit Lions’ offensive woes will be under scrutiny this week, especially since it would likely take a drastic turnaround for the team to be in the game against the Rams after the first quarter.

Lions head coach Dan Campbell was so agitated by his team’s performance that he delivered an intense post-game media session, following the Lions’ 34-11 loss to the Bengals in Cincinnati.

Detroit’s offense hasn’t dictated opposing defenses in recent weeks, and a revealing statistic reveals why the offense has struggled mightily.

ESPN NFL reporter Mike Clay noted Monday morning that the Lions have yet to play an offensive snap with a lead this season.

As a result, quarterback Jared Goff has been forced to try and bring his team back from deficits time and time again, which is not the recipe for success for Campbell’s side.

Campbell briefed reporters on Monday on what the offense was going on well and said: “We were playing pretty well with the ball on, especially once we hit the second half, once we got into the second half. we gave up that touchdown at the end of the half, it was really like, “Alright now we have to go. We have to find a way to get something here offensively to produce a certain type of movement. And so, we got knocked out of the racing game, and it’s tough for us. We throw over 40 times per game. It will be difficult for us to win. “

Los Angeles Rams head coach Sean McVay has started to reflect on how the blockbuster business has gone in the offseason for everyone involved.

This week, there will be more focus on quarterbacks as Matthew Stafford and Goff were part of the league’s biggest offseason trade.

“I wish there was better and clearer communication,” McVay told reporters Monday, via ESPN. “To say that this was handled perfectly on my end, I wouldn’t be completely correct. I will never pretend to be perfect, but I will try to learn some things that I can do better, and I think that was there. ‘one of them without a doubt. “