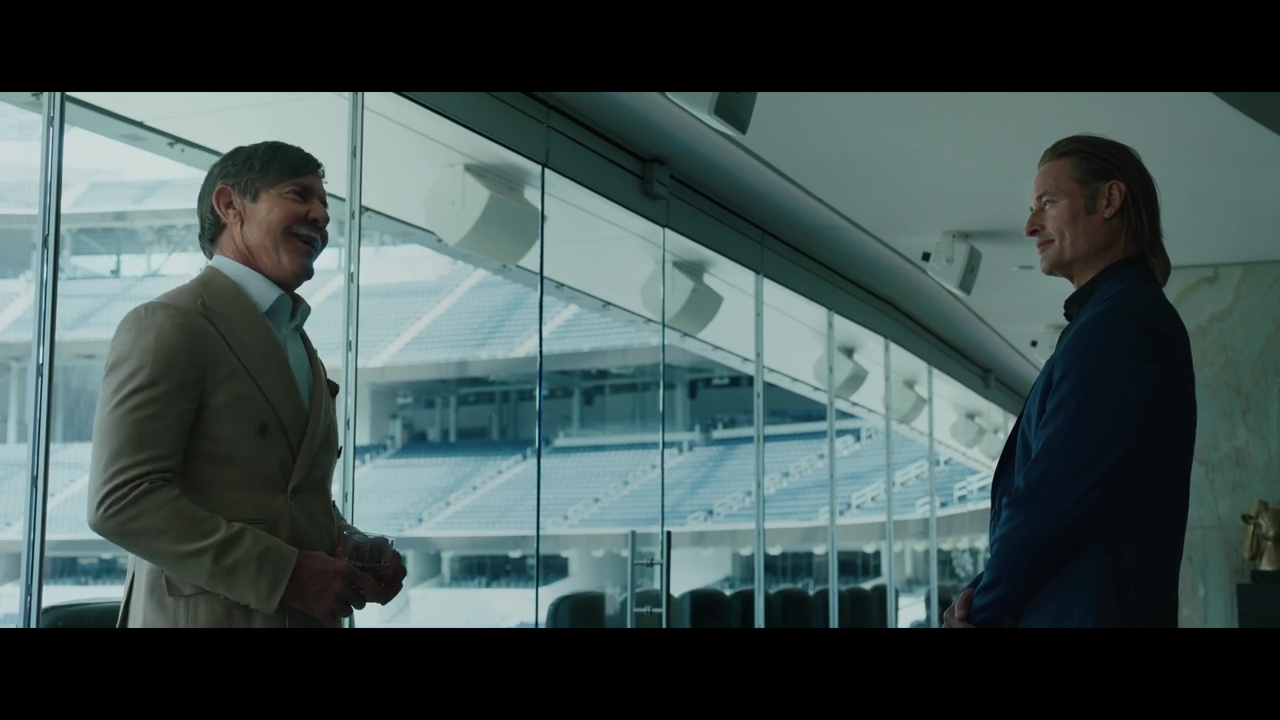 The Los Angeles Rams, Super Bowl LVI champions, make their first On the clocka short that plays like a summer blockbuster but is actually branded content directed by Paul Hunter with a photograph of three-time Oscar winner (Hugo, The Aviator, JFK) Robert Richardson, ASC.

After brazenly going all out last year to win the Super Bowl by trading their top draft picks, the Rams face tough challenges and high stakes in the NFL Draft this week. Don’t get me wrong, these masterminds have a plan. Los Angeles Rams owner/president E. Stanley Kroenke assembles his team to infiltrate the NFL’s top draft in Las Vegas and do what they – and no one else – do best: steal the repechage. Millions of people will watch. The other teams will imitate. The only question is, can this crew pull out a Hail Mary and get the job done…again?

With Dennis Quaid as Kroenke, Josh Holloway as General Manager Les Snead, Scott Eastwood as Head Coach Sean McVay and Tyrese Gibson as Defensive Coordinator Raheem Morris, On the clock also features Super Bowl LVI championship team members including Kendall Blanton, Terrell Burgess, Aaron Donald, Tyler Higbee, Jordan Fuller, Van Jefferson, Cooper Kupp, David Long Jr., Jalen Ramsey, Nick Scott, Ben Skowronek and Matthew Stafford. On the Clock is a high-intensity, stylish and heart-pounding heist film that will thrill fans and prove once and for all that the Rams truly are in a class of their own.

“On the clock provides insight into why the Rams are different from other NFL teams, from our approach to team building to the content we deliver around key moments,” said Rams CMO Kathryn Kai-ling Frederick . “This project combines the best of the NFL with the best of Hollywood – Super Bowl winners, celebrities, heart-pounding action and an award-winning production team. After our historic Super Bowl victory, we decided to collaborate with Paul to bring the idea of ​​”The House Always Wins” to life, celebrating not only our success at the Rams House, but also the NFL Draft taking place in Las Vegas.

On the clock was created by the Los Angeles Rams in partnership with Ventureland, an independent creative studio and idea accelerator that develops exceptional entertainment for brands to connect with their audiences across any media platform. Ventureland was founded by PRETTYBIRD partners Kerstin Emhoff and Ali Brown and award-winning producer John Battsek. On the clock is a collaboration with the Los Angeles Rams, working with Ventureland Executive Creative Director Mike Rosen and Executive Producer Natasha Wellesley to creatively develop the heist movie concept with PRETTYBIRD filmmaker Hunter.

“I’ve been a Rams fan since I was a kid,” Hunter said. “It was one of the best projects I’ve been on. What an amazing experience.

As part of their multi-day shoot in Los Angeles, the Rams returned to the scene of their big Super Bowl victory at SoFi Stadium in Inglewood. But the key location of On the clock is the organization’s new Rocket Mortgage Draft House in the Hollywood Hills. Building on the success of last year’s acclaimed Rocket Mortgage Draft House in Malibu, the Rams converted a luxury Hollywood home into a unique location to serve as Snead and McVay’s headquarters from April 28-30, as well as host other team activities throughout the month. of May.

On the clock will live on the LA Rams’ digital and social channels.