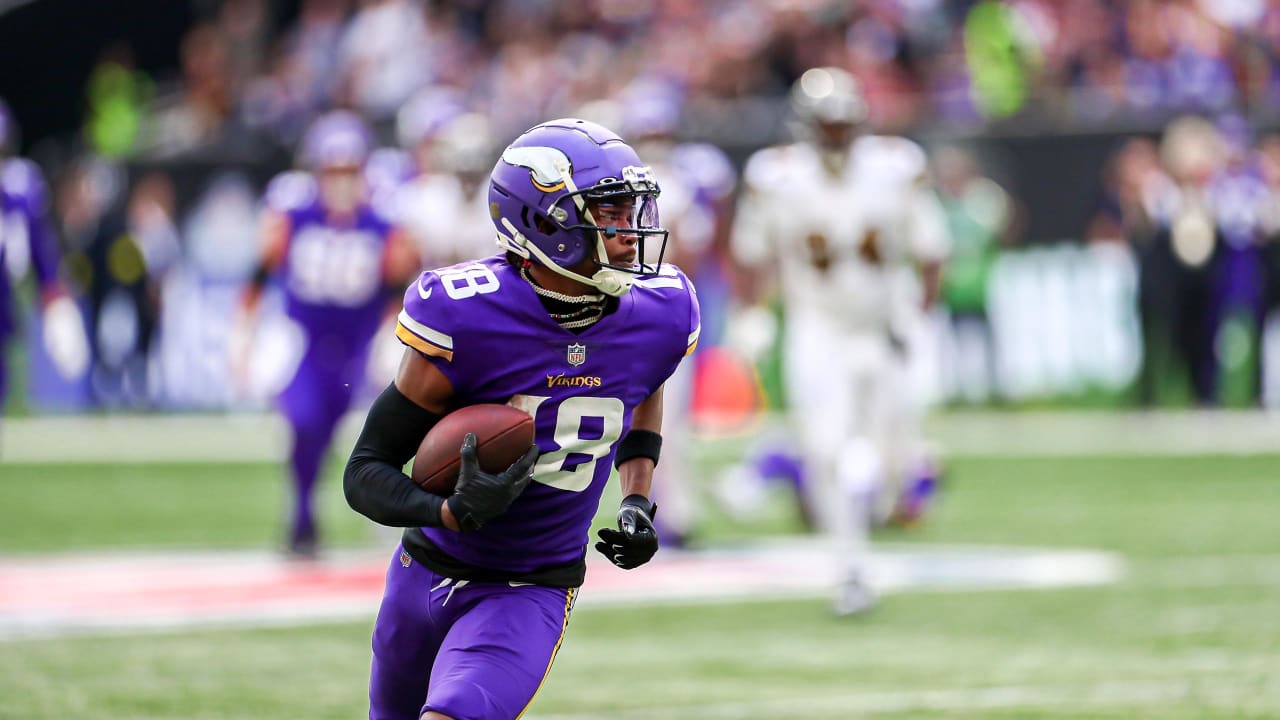 Thielen, who received Man of the Match designation after the Vikings’ last game in London, also praised Jefferson’s performance, saying he “strongly” believes Jefferson is the NFL’s best receiver.

“You just have extra motivation to cheer on a guy who is not only a great football player, what he does on the football pitch is amazing, but he’s an even better person,” Thielen said. “I’m not just saying that because he’s my teammate. I love going to work with him every day. I spend a lot of time with him in the reception room.”

One of Thielen’s biggest catches came on third-and-8, just before Jefferson’s back-to-back catches of 14 and 11 yards. The Cousins ​​found Thielen in the middle for a 10-yard gain and the first down to keep that possession alive.

Thielen seemed a bit gimp after two different plays in the game, but he smiled after the game thinking the NFL was a physical league.

“I’m a little tired, but I feel a lot better after a win,” said Thielen, who stressed the importance of starting recovery as soon as the team returns to Minnesota. “It’s going to be like this every week – you’re going to get cuts and bruises. Luckily I was able to keep playing and I feel good enough to play, so that’s good.”

For the second week in a row, Minnesota’s victory was not pretty.

But the Vikings know a win is a win, and they’re also proud of their resilient finishes in back-to-back ball games.

Thielen attributed the success to the team’s ability to stay grounded in stressful situations.

“There’s just no panicking. If things aren’t going well or we have a lull – obviously we don’t want that; we want to be efficient; we want to get first downs and score touchdowns – but there’s no panic when that’s not happening,” Thielen said. “We know that in this league they’re going to intrigue us. They’re going to do things to stop what we’re really good at. You just have to answer. You just have to find a way.

“Keep fighting, keep fighting and keep having tough first downs and then you hope to make those big plays like Justin did on the court,” he continued. “You just wait for something to happen. Obviously we have a lot of faith in the players in this room, the coaches, that we’re just going to find a way.”