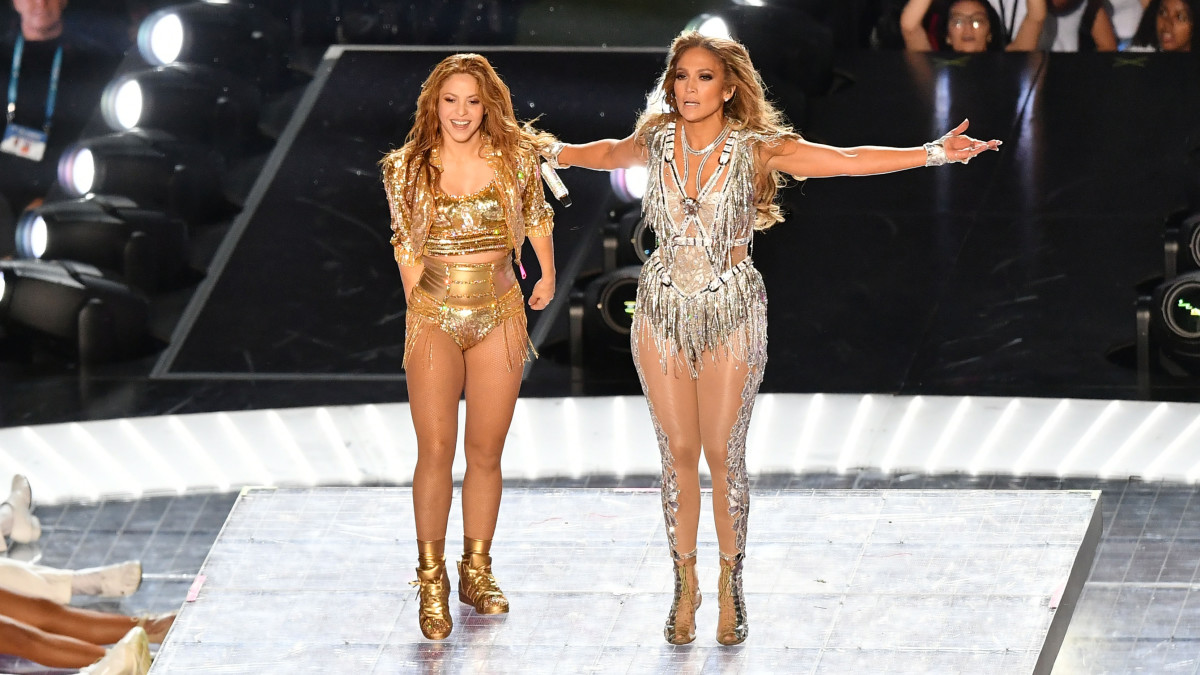 Jennifer Lopez at Super Bowl halftime: ‘It was the worst idea in the world’

1. The response to the 2020 Super Bowl halftime show featuring Jennifer Lopez and Shakira was overwhelmingly positive, minus the people who were offended by the ass shaking.

However, one person who wasn’t exactly thrilled with the halftime show before it happened was J.Lo.

In an upcoming Netflix documentary, half time(released June 14) on his career, the Super Bowl LIV halftime show is widely covered and reveals that Lopez had several issues with the NFL during the show.

For starters, Lopez was frustrated that she couldn’t have the gig all to herself.

A big part of Lopez’s frustrations were the time constraints that came with having to do the show with another artist.

“We have six f—— minutes. We have 30 seconds of a song, and if we take a minute, that’s it, we have five left,” Lopez complained. “But, there have to be certain songs that we sing, though. We have to have our singing moments. This won’t be a f—— dance revue. We must sing our message.

Lopez’s manager, Benny Medina, also expressed disappointment with the documentary, with his client set to co-star with another performer.

“Usually you have a headliner at a Super Bowl,” Medina said. “This headliner is building a show, and if he chooses to have other guests, that’s his choice. It was an insult to say that you needed two Latinas to do the job that one artist has done historically.

The singer/actress/dancer also battled with the NFL during a portion of the halftime show featuring kids in cages. Once the NFL got wind of this the day before the Super Bowl, they asked Lopez to remove the cages.

“We left rehearsal and I noticed everyone was freaking out, but I don’t know why,” Lopez says. “I get a call from Benny, and he’s like, ‘They want to take the cages out.’ That night, the top brass in the NFL saw him for the first time, and they were like, ‘Hey, you can’t do this.’

In a rare loss for the NFL, Lopez refused to shoot the cages and had it shown however she wanted except to do it solo.

2. A brand new SI Media podcast was released today featuring an interview with Bryan Curtis of The Ringer. Topics covered include:

– Drew Brees does at NBC Sports

– The Future of NFL Broadcasting by Pat McAfee

– Does LeBron get a podcast?

Following the conversation with Curtis, Sal Licata from WFAN/SNY in New York joins me in our weekly “Traina Thoughts” segment. This week, we take a deep dive into Kevin Durant responding to Sal on Twitter and saying that sports radio “makes him nauseous.”

You can listen to the podcast below or download it from Apple, Spotify and Google.

3. Draymond Green, after a brutal game against the Celtics last night, made it clear that he was going to podcast after the games no matter what. I know fans want and think that after a game players go back to their hotel room, put on their pajamas, drink a glass of milk and watch Netflix before sleeping. Newsflash: They don’t. Some gamers play video games all night, some gamers go to restaurants, some gamers enjoy a gentlemen’s club, etc., etc.

So stop getting upset about Green doing a podcast after a game. It’s not serious.

4. Jimmy Kimmel Live‘s Guillermo did his annual part by going to media day at the NBA Finals, and it was as good as ever.

5. Pat McAfee got a call from an 8-year-old on his show on Wednesday, and no one could have predicted how the conversation would end.

6. After 13 straight losses, every Angels hitter used a Nickelback song as background music last night in hopes of changing the mojo.

Make sure you catch up on previous editions of Traina Thoughts and check out the Sports Illustrated Media Podcast hosted by Jimmy Traina on Apple, Spotify Where Google. You can also follow Jimmy on Twitter, instagram and ICT Tac.

NY Jets expected to be most likely team to win 2023 Draft No. 1 pick