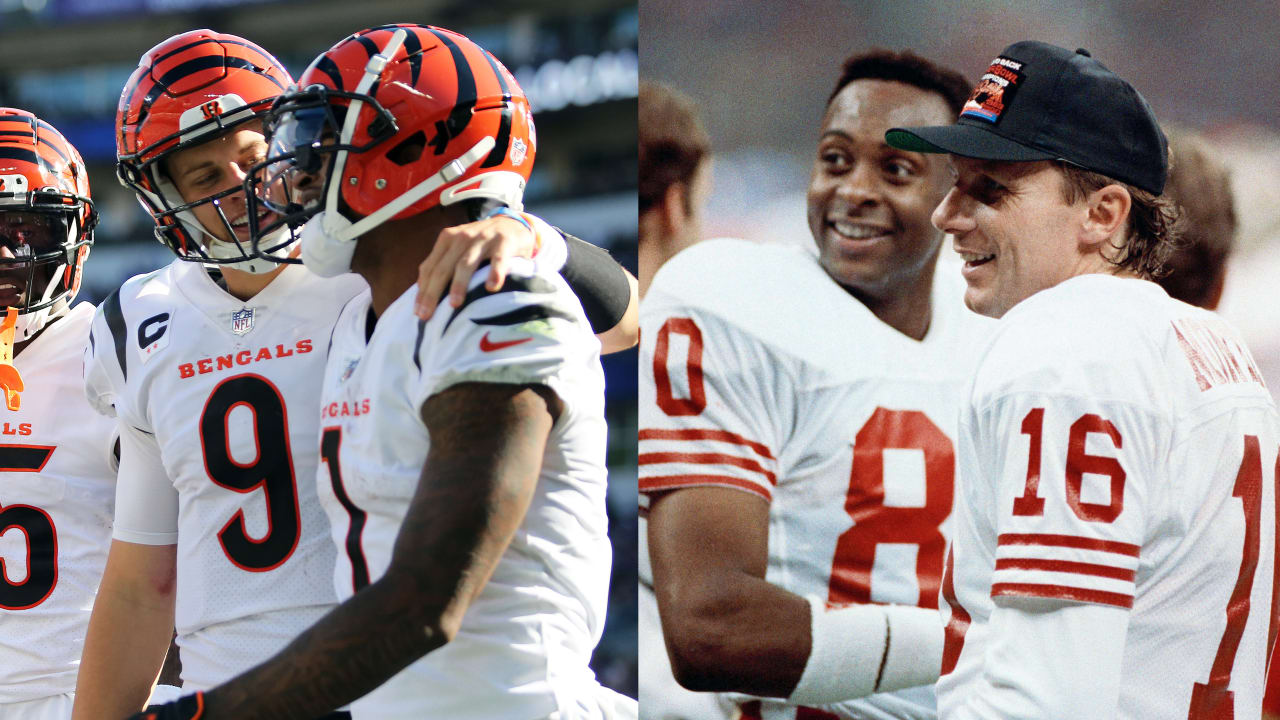 Montana has long been revered not only for its 4-0 Super Bowl record, but also for helping the 49ers grow into an NFL juggernaut. In 1981 – Montana’s third NFL campaign, but first season as a full-time starter – he led San Francisco to a 13-win campaign (five more than the Niners in the previous two seasons combined) and a title of the Super Bowl. The Hall of Famer ranked first in the NFL in completion percentage (63.7) and was in the top five in passer ratings.

Fast forward 40 years, and Burrow is having an equally stunning impact on the Cincinnati Bengals. In his first season starting 10+ games (his second season as a professional), Burrow led Cincinnati to a 10-win campaign (four more than the Bengals in the previous two seasons combined) and one appearance at the Super Bowl. Oh, and he did it while leading the NFL in completion percentage (70.4), as well as finishing in the top five in passer ratings (108.3).

This year, Burrow became the first No. 1 overall draft quarterback to reach the Super Bowl in his first two seasons. The 25-year-old also became just the second quarterback (Terry Bradshaw is the other) to end a lifelong playoff winning drought (30 seasons) and take his team at the Super Bowl.

But Burrow hasn’t been a one-man show this season. Like Montana, the Bengals passer has a superstar on the perimeter himself in rookie phenom Ja’Marr Chase. The 21-year-old receiver stepped into the spotlight and proclaimed he would break all records the Bengals have, and we know how it went. Whether it’s a single game, rookie season, or playoff performance, Chase’s name sits atop all modern records for a freshman player.

Just look at how Chase’s rookie production compares to Rice’s first season as a full-time starter (his second in the NFL):