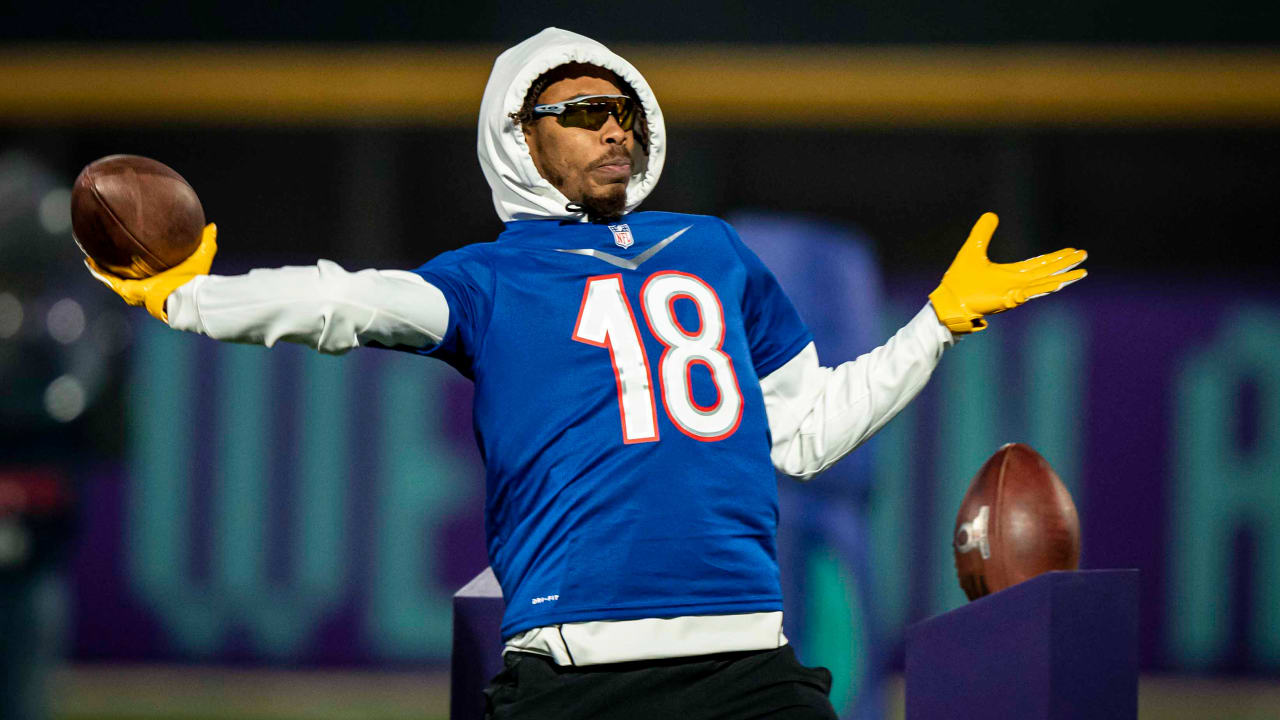 Cousins ​​is an avid dodgeball player; in addition to participating in the event during the 2019 Pro Bowl in Orlando, the quarterback also regularly incorporates dodgeball into his summer football camps in Michigan and Minnesota.

“I never did much in it. [here, though] – I’ve always kind of been knocked out,” Cousins ​​joked beforehand. So hopefully this year I can be the last man standing.”

Although Cousins ​​didn’t last until the end, he hung on until the middle of the game.

The cousins ​​also participated in the Thread the Needle event, in which a QB from each team threw balls at various targets against DBs from the other team. Cousins ​​totaled 11 points against James and Ward but was edged out by Jones, who recorded 12 points against Diggs and Slay.

A new event this year included Best Catch, which challenged players to come up with their most creative catches, similar to an NBA dunk contest. Four players – two AFC and two NFC – made two rounds each.

Jefferson and Trevon Diggs received passes from Cousins ​​and wowed fans, with Jefferson incorporating two footballs, a basketball move between the legs, Viktor the Viking and – of course – the Griddy – on his taken.