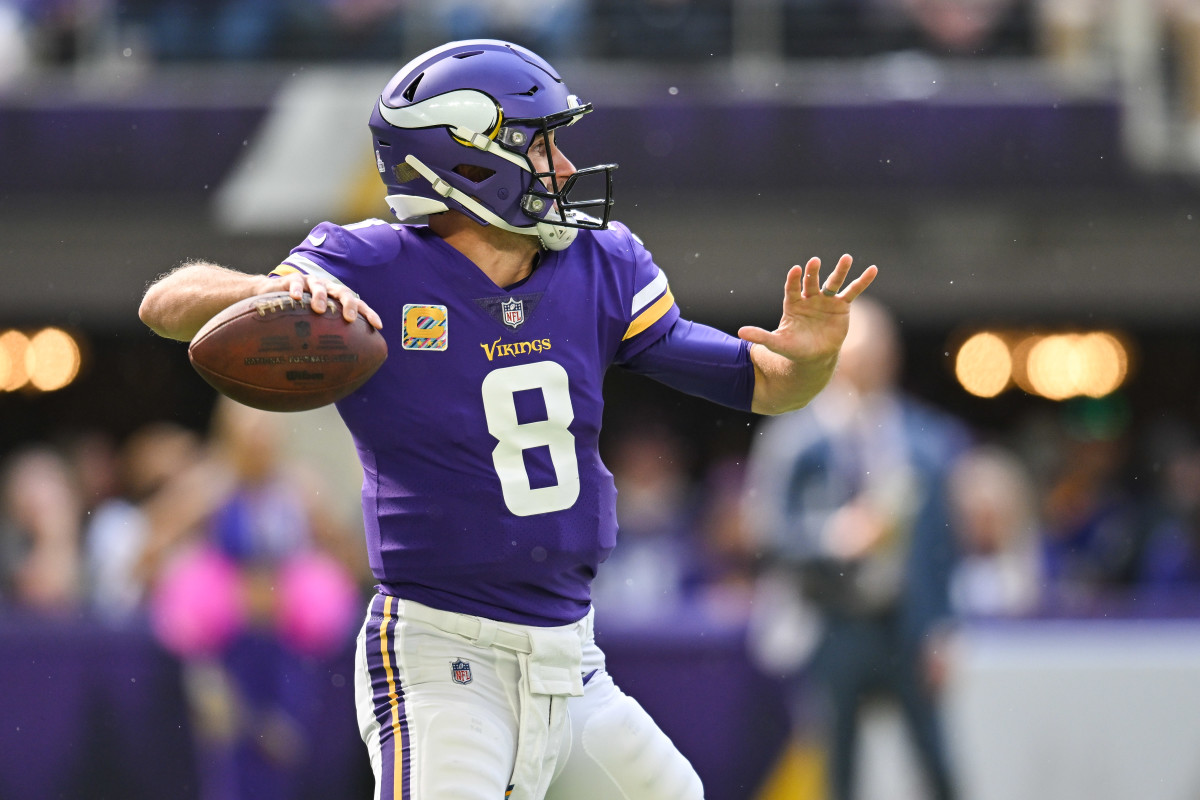 Vikings quarterback Kirk Cousins ​​broke Tommy Kramer’s franchise record for consecutive completions, starting 17 for 17 against the Bears in the first half on Sunday.

Kramer held the record for more than 40 years, throwing 16 consecutive goals in 1979.

Cousins ​​and head coach Kevin O’Connell absolutely torched the Bears to start this game. The Vikings have scored touchdowns on each of their first three drives, rushing for 86, 75 and 71 yards. Dalvin Cook hit with short rushing touchdowns on the first two possessions, and Cousins ​​hit Jalen Reagor on a touch pass for a TD on the third. This pass broke the record.

On all three drives, Cousins ​​moved the ball down with easy finishes against an overmatched Bears defense. The Vikings were able to open receivers at will, especially through the use of the play action.

The cousins’ most frequent target, unsurprisingly, has been Justin Jefferson. Facing a Bears cornerback field of Kindle Vildor and a pair of rookies, Jefferson racked up a ridiculous nine catches for 128 yards in the first half. Seven of those catches and 91 of those yards came in the first quarter.

The cousins ​​also connected with Adam Thielen and KJ Osborn three times each for short wins. He finally kicked an incompleteness when he threw the ball under pressure on his 18th attempt.

Oh, and Jefferson even completed a 23-yard pass to Dalvin Cook after receiving a lateral from Cousins.

Everything has worked for the Vikings so far. They lead 21-3.