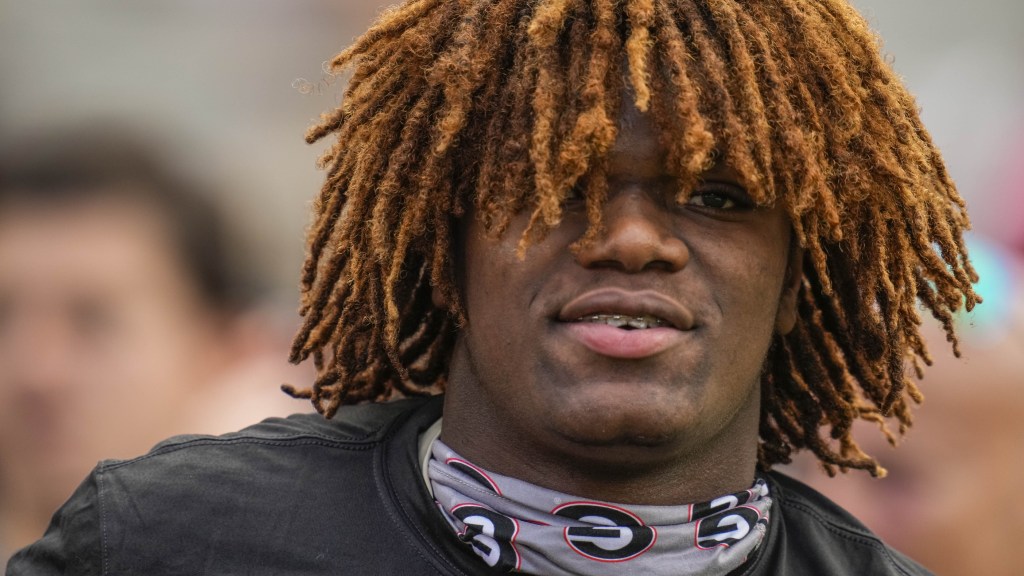 Fans are watching the sweet version of Lewis Cine right now, but make no mistake, the Minnesota Vikings didn’t draft him with the No. 32 pick because he has a cute smile and waves at the cameras.

When he puts on the helmet, pads and steps between the numbers, he transforms into a human ram. If you’re a receiver or a running back, Cine isn’t the player you want to see take to the field.

When he appeared on the Everything is covered podcast, the former Georgia Bulldog was asked which offensive player he’s looking forward to hitting the most in the NFL.

Cine’s response was just as chilling as the hit he put tight end Kyle Pitts To college.

“I don’t have a particular person. My head is, I just want to stack bodies. That’s it,” Ciné said.

It’s a terrifying thought that any potential running back will have to deal with both Cine and Harrison “The Hitman” Smith in the Vikings defensive field.

Even Patrick Peterson looked a little surprised to hear his teammate speak like that in the video. But that’s the kind of confidence the Vikings want to see from a young player they expect to play a crucial role in their defense.

There was a time when the Vikings had one of the most feared defenses in the league. A throwback to that era might not be too far off with a player like Ciné on the roster.