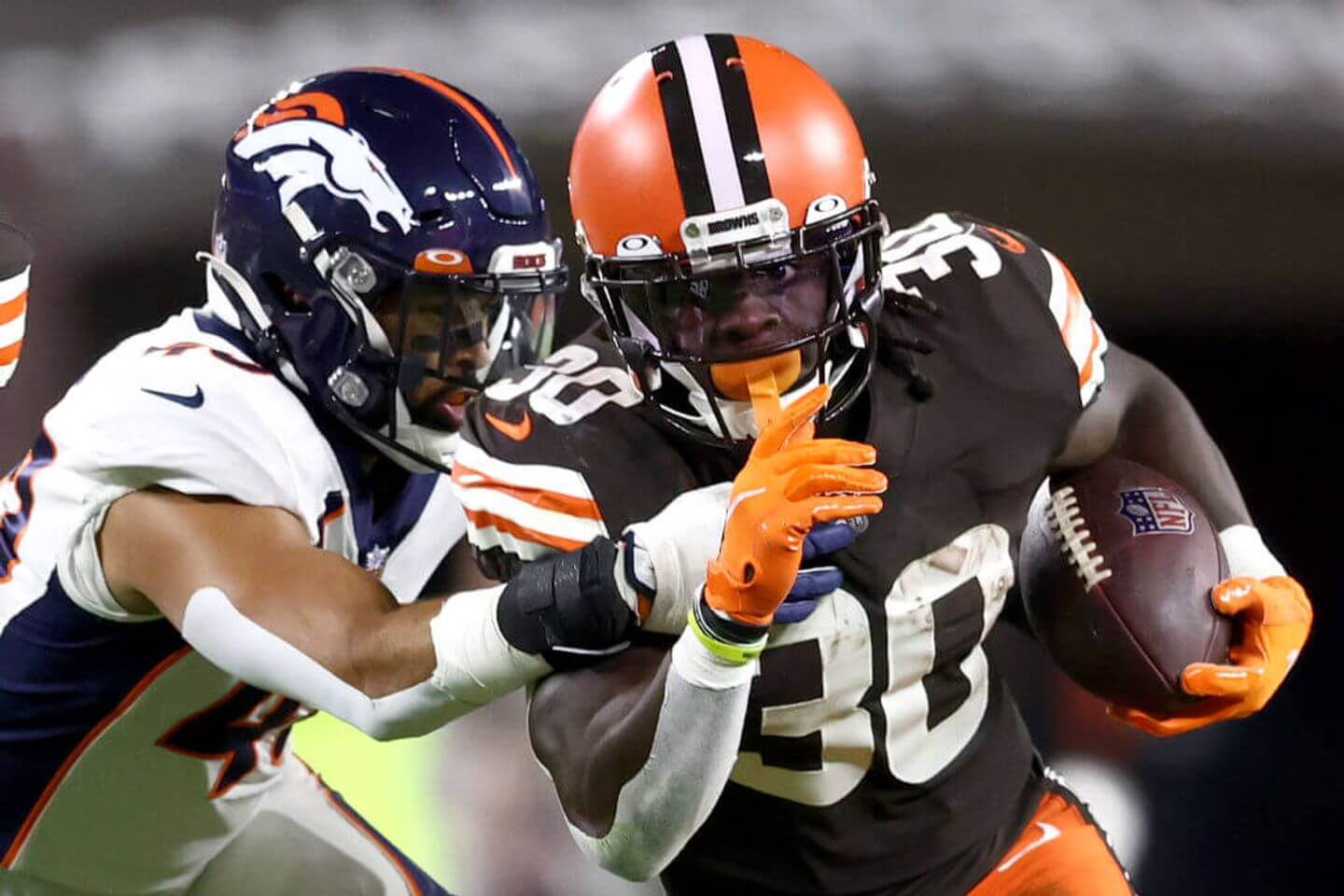 Cleveland used a powerful rushing offense to secure a 17-14 victory over Denver in their Week 7 game on Thursday night. The victory ended a two-game losing streak for the Browns and extended the Broncos’ winless streak to four games.

The Browns got an excellent performance from D’Ernest Johnson, who racked up 146 rushing yards and one touchdown on 22 carries. Johnson was Cleveland’s first running back to gain 100 yards on his first NFL start since 1987. Case Keenum was effective on his first start to Cleveland, completing 21 of 33 passes for 199 yards and a third quarter touchdown for fullback Johnny Stanton.

Denver’s offense remained neutral for most of the game, with the Broncos averaging just 4.6 yards per offensive play and only managing to gain 41 rushing yards. These difficulties helped Cleveland take a 17-7 pass lead to Stanton. Denver managed to close the lead to 17-14 on a 17-play, 80-yard fourth quarter touchdown practice that was kept alive by successful quarterback Teddy Bridgewater on the 4th and 1st on the line. Denver’s 11 yards, but the Browns’ rushing prowess allowed them to hold the ball for the final 5:17 of the game to clinch the victory.

Both teams were injured, as Von Miller left the game late in the second quarter with an ankle injury and Jarvis Landry limped off the field in the fourth quarter with what appeared to be a leg injury.