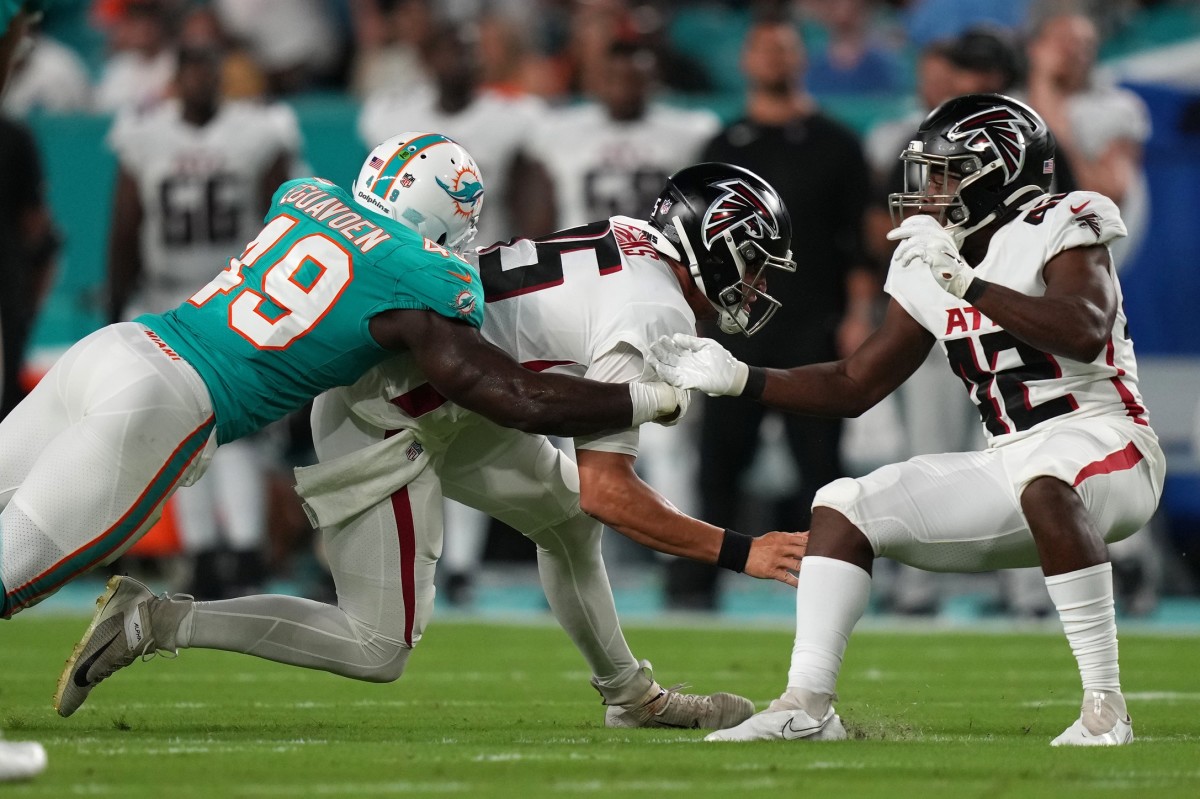 Rookie safety Jevon Holland had a highlight in the win over New England in Game 1 of the season when he fell low to return tight end Jonnu Smith after a reception.

But he wasn’t the one who forced the fumble on the play (New England reclaimed the free ball), and the NFL changed their stats to reflect that. Instead, it’s cornerback Byron Jones who is credited with the forced fumble.

A replay clearly shows that Jones drops the ball with a side kick just before Holland makes contact with Smith.

EGUAVOEN AFTER THE QB

Linebacker Sam Eguavoen grabbed the headlines this offseason with his four-sack performance against the Atlanta Falcons, and although he didn’t have a sack in Game 1 of the season, the Patriots Mac Jones certainly sensed his presence.

Eguavoen was credited with three quarterback hits in the win at Gillette Stadium, exactly one-third of the team’s total.

Perhaps more importantly, Eguavoen gained a defensive role as an inside blitzer after spending the 2020 season almost exclusively in special teams – he had over 10 defensive snaps in a single game.

“It’s really satisfying,” Eguavoen said. “I worked hard in the offseason, I worked hard in training camp. The one thing I like the most this year is not even just playing, I feel like that. as a team we’re closer. That’s about the most important thing. “

The leadership of wide receiver Mack Hollins was highlighted last week when he was selected as one of the Dolphins’ captains, and now he’s showing leadership off the field as well.

Hollins is committed to the Dolphins Challenge Cancer Board.

Tight end Adam Shaheen is set to make his season debut against the Buffalo Bills on Sunday after returning from the Reserve / COVID-19 roster.

Shaheen, who at the start of training camp made his stance against the vaccination clear, said he was placed on the list due to a positive test, although he said he did not. no symptoms.

“It sucked because I was fine and could be there, but that’s what it is,” he said.

When asked if he regretted not having been vaccinated, he replied, “No, not at all.”

– The Dolphins sat on the sidelines for the national anthem at Gillette Stadium on Sunday, and head coach Brian Flores said the team will continue to do so in the future.

Seven 1970s Rivalries That Made the NFL ‘Super’: Steelers-Raiders Take # 1