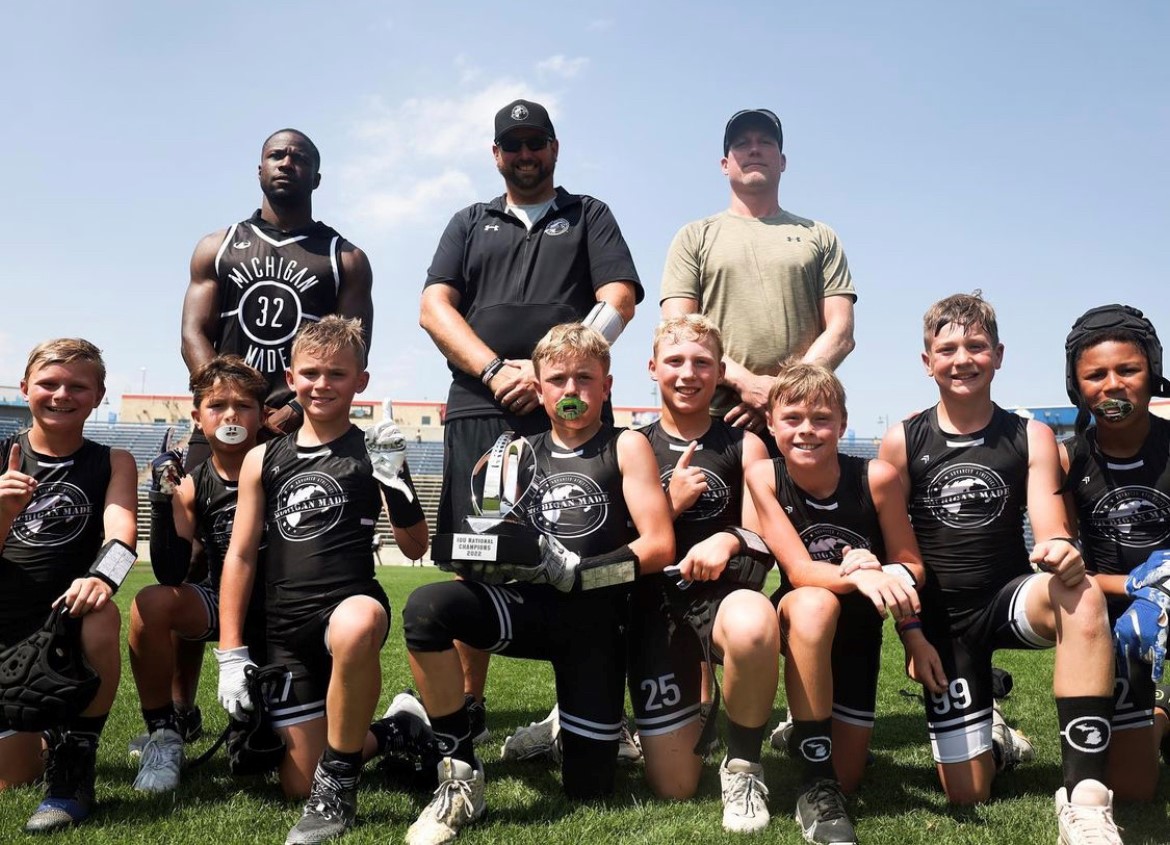 Pylon is a nationally competitive tournament series that provides good competition and exposure for young football players, many of whom have played at the NCAA Division I level and even professionally.

7on7 football is a non-contact platform aimed at the development of skill position players, and it is played on a 50-meter pitch with teams wearing soft-shell helmets and mouth guards while playing touch football with one hand.

This year, Agnew’s Michigan Made program fielded 10 teams made up of nearly 100 young athletes from 20 different area school districts. Three of these teams qualified for the national Pylon tournament – ​​the 10U team, the 12U team and the 15U team.

Michigan Made’s 10U team, coached by Noah Shepardson and Jeremy Preston, was making a repeat appearance at the Nationals, having competed at the same event last year in Arlington, Texas. And this time, despite considerable adversity, Michigan Made emerged victorious.

En route to Chicago with just eight players, Michigan Made 10U lost team captain Madden Shepardson to injury during the tournament, forcing the other seven team members to play every game on both offense and defense – with field temperatures exceeding 100 degrees – for the remainder of the event. Facing top teams from Michigan, Kentucky, North Carolina, Georgia, Indiana and Illinois, among others, Michigan Made’s seven-man unit went 5-0 to win the national title.

The team members who made the trip to Chicago were Gavin Randall-Finney from Midland, Logan Agnew, Hayes Gallihugh, Owen Preston, Jack Doughty and Shepardson, Jaxon Horner from Freeland and Duke Kartes from West Branch. Brody Francis and Quincy Evans, who were both members of Michigan Made’s national qualifying team but were unable to attend the tournament, did not make the trip to Chicago.

“I’m very proud of our 10U group for the way they function as a team and as a true unit. I’m proud of their work ethic, their willingness to sacrifice and be coached hard (and their ability a) adapt to situations and succeed again and again,” said Vince Agnew. “The (middle of Michigan) area is going to be a real treat as this crew makes their way through the sports world. They are special and deserve this championship national more than anyone.

“…Next year we will be back and our Michigan Made family will be bigger and stronger,” added Agnew. “Then we focus on applying those extra off-season reps into the fall season of all of our athletes. We can’t wait to see what they all do.