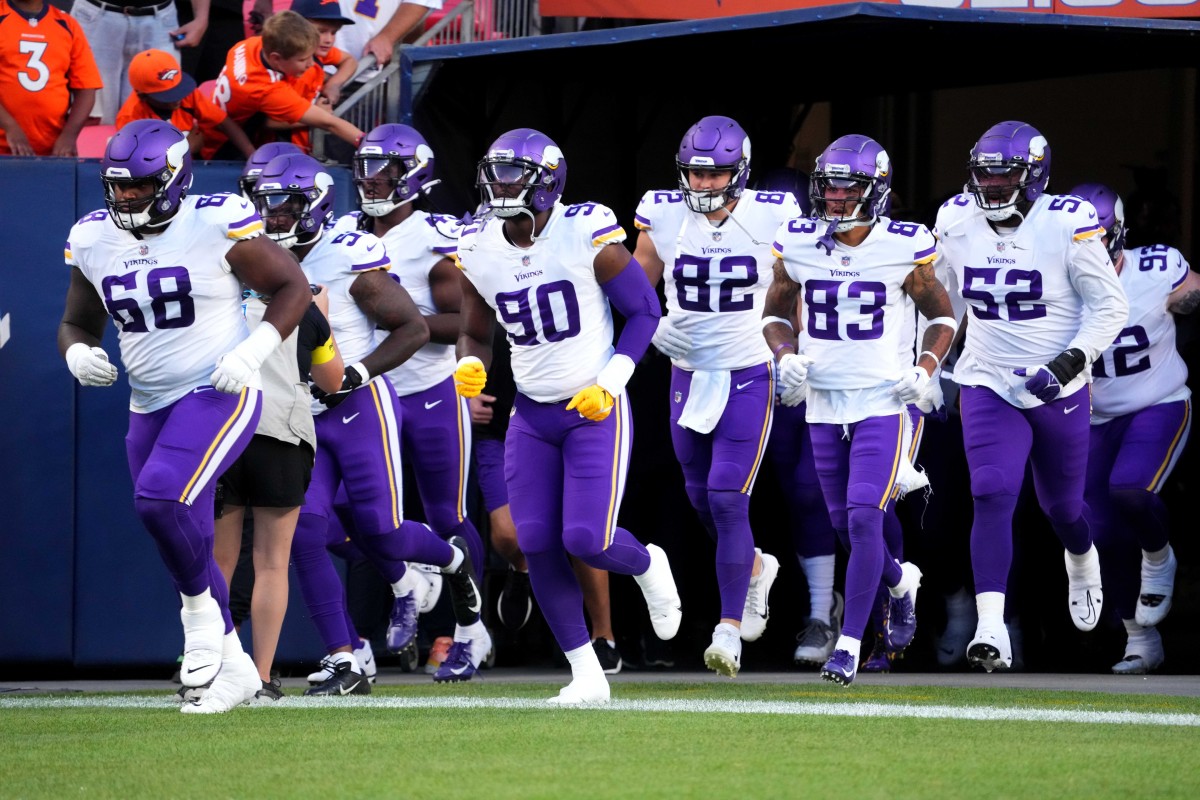 The Vikings have completed their three-game preseason slate against the Broncos Saturday evening. They haven’t won a game this month, but they’ve learned a lot about the players battling for roles or roster and practice squad spots this season.

With pre-season in the rearview mirror, it’s time for one last roster screening of 53 players ahead of cutback day on Tuesday.

Keep in mind that everything is fluid. The Vikings will drop from 80 players to 53, but not everyone on the initial roster is guaranteed to stay there for long. Each team will monitor league cuts and place waiver requests in places where they don’t like their depth. And with practice squads remaining expanded to 16 players, many of the Vikings’ cuts will have the opportunity to stay. Injuries and even potential trades are also factors to consider.

There’s no reason Mullens shouldn’t be the replacement this year. Neither Mannion nor Mond showed enough in pre-season to prove they belong in 53. One of the two will probably stay in the practice squad (and I’m guessing that will be Mond).

I would be shocked if it turned out differently. Chandler is on the list. Koback is replaceable.

The situation of the Vikings at the receiver position got very complicated on Saturday night. Based on comments by Kevin O’Connell, Bisi Johnson appears to have suffered another serious knee injury. If so, he will head back to the wounded reserve. Prior to the injury, Johnson was clearly on the team as a WR4 or WR5.

Nailor was evaluated for a concussion on Saturday, but his place should be safe if Johnson is injured. Despite a bad fall in Denver, Jackson takes the place of Johnson instead of Mitchell or Chisena. Chisena is down with an injury, and I just feel like the team prefers Jackson over Mitchell, although that’s just a guess. The Vikings may be looking to bring in another receiver because of those injuries.

I think Ellefson’s blocking ability is worthy of a spot on the list. Davidson bounced back against the Broncos, but his preseason was still a disappointment overall. Muse dropped several assists after playing well against the 49ers. Both Davidson and Muse could be practice squad guys.

Udoh getting cut after starting 16 games last season is remarkable, but that wouldn’t come as a surprise at this point. He really struggled throughout training camp and pre-season. While that setup leaves the Vikings with only one true deep tackle in Brandel, Jesse Davis has played there before and Lowe or Udoh could be elevated from the practice squad for games. I think the Vikings will want to keep all three of Jesse Davis, Reed and Schlottmann for interior depth.

Bullard not playing in the final game of the pre-season may have been an indicator that his place is secure, unless he has an injury that we don’t know about. Lynch played a ton in Denver out of necessity and continued his solid play from the first two games. McGill left very early with an ankle injury, preventing him from continuing to rack up sacks, but I think he did enough in the first two games to make it happen. Otomewo and Twyman haven’t been great so they’re probably just training candidates.

I kept five OLBs in previous screenings, but now I think that won’t happen. Robinson is stoned and struggled when he was there, and I don’t believe McCloud or Vilain stood out enough to make him an undrafted rookie. I wouldn’t be surprised if any of the three made it, but going this route allows me to keep a fifth inside instead.

Tincture or Lynch? How about both. They are slightly different players who can add value in their own way, mostly on special teams. I have three of the Vikings’ four third-round picks from last year — Mond, Wyatt Davis and Surratt — who were cut just 16 months after being drafted. I’m not sure any of them are even controversial.

I’m really tempted to trade Metellus for Dorn after the latter played well against the Broncos. He stole, made big hits and helped create the Vikings’ only turnover with a pass breakup. Ultimately, Metellus is still too important in special teams for me to make that move.

The only question here is whether the last spot goes to Boyd or someone like Nickerson, who brings upside-down versatility. I have Boyd doing it, but it wouldn’t shock me to see him get cut.

Wright got the job when the Vikings cut Jordan Berry earlier in the week. Then the rookie punter went to Denver and absolutely wiped out a few punts, just to be safe. I have Kene Nwangwu on kick return (obviously) and Ihmir Smith-Marsette on kick return.

2022 is “unfinished business” season for Wolfpack