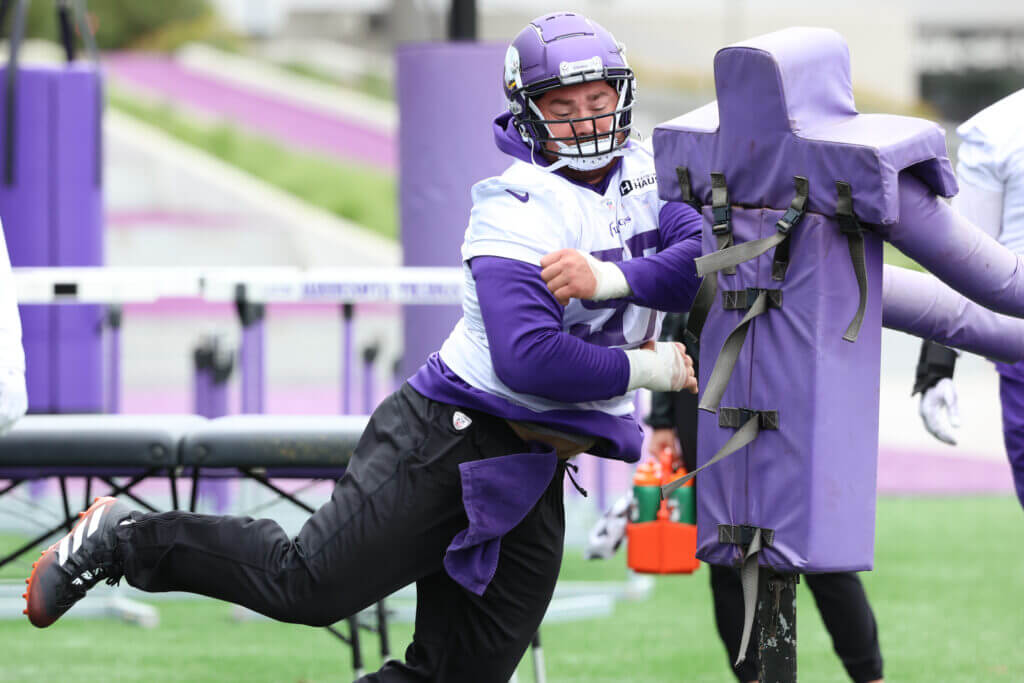 Vikings ownership rejected the idea this offseason of a full-scale rebuild, hoping a new regime could lead to quick success and a return to the playoffs.

It could certainly happen, but it’s hard to predict how the team will fare in 2022. It’s easy to imagine Kevin O’Connell leading the Vikings offense to greater heights and succeeding. But it’s also possible injuries could hamper a roster that lacks depth as Minnesota‘s defensive struggles continue.

As we near the end of our five-part series examining the biggest questions facing Vikings entering training camp, let’s look at what concerns us the most. We’ll strip away the pessimism now, then wrap up our series later this week by looking at what offers Vikings the most hope.

Previously in the series: What to expect from Kirk Cousins? | Has secondary school improved enough? | What can new coach Kevin O’Connell do in the first year?

Chad: I know a lot of our readers disagreed when I wrote about this earlier, but I don’t think the roster has improved significantly this offseason. Maybe the offensive line will be better, but that will depend on how healthy Brian O’Neill, Christian Darrisaw and Ezra Cleveland are all season. Maybe the pass rush will be better, but that will depend on the health of two players who have been injured a lot in the past two seasons (Danielle Hunter and Za’Darius Smith). Other than that, the roster is awfully similar to last season.

Yes, the Vikings suffered injuries a year ago. But Football Outsiders’ adjusted games lost (which take into account a player’s roster importance) indicate that the Vikings were hit by slightly more injuries than average last season, but weren’t making not part of the top 10 teams in terms of injury management. . So it’s not as if betting on better health – and the corresponding better results – is a given.

Specifically, though, it’s defense that concerns me. The secondary has been talked about a lot because of the issues there, but that ignores the fact that the Vikings had one of the worst defenses in the league a year ago. They are now shifting to a defensive scheme that invites teams to run over it, potentially opening the door to opposing rushing attacks.

Assuming you have the same concerns, Arif, what do you care more about going into training camp: pass defense or run defense? And since we’re talking about the Vikings’ areas of concern, what do you think is the weakest position group? What’s one spot on the roster where they absolutely can’t afford an injury (except for the quarterback since that would always be the pick)?

That weakness against the run mattered, but it mattered less than issues like situational passing defense in the final minutes, offensive turnovers and special teams mishaps.

Any hole in the passing defense concerns me more, and I think the nickel corner could create some serious issues in addition to issues with the rest of the secondary.

When it comes to injury resilience, I think it’s the pass rusher that ends up being the most vulnerable. Although a secondary is usually more important to maintain, there is a certain level of depth at safety and cornerback, and one of these positions may be able to cover the other in a pinch. But without the front rushers behind Smith and Hunter, an injury to either starter would mean a huge drop in pass-rush potential, especially since that group up front is meant to help the coverage unit behind. him.

Chad: I agree with that, which is why a big part of the potential success of the Vikings depends on the health of these two passers.

But let’s get to the offense. It’s the side of the ball that has the fewest worries and will have to carry the team if the Vikings are to achieve their goals. But that doesn’t mean it’s without problems.

I’m not convinced the offensive line will improve significantly. Part of the argument for improvement is that they can’t do much worse on right guard than they did a year ago. But I’m also not convinced that whoever emerges as a starter between Jesse Davis, Chris Reed and Ed Ingram will be playing at a high enough level to be a significant difference from last season.

Above all, the Vikings are banking on improving left tackle now that Christian Darrisaw is healthy and ready for his first season as a full-time starter. He certainly had some great moments as a rookie, but I’m not ready to consider him a mid-level left tackle, and the injury issues that lingered last season could also be an issue.

It wouldn’t surprise me if the Vikings offensive line was a bit better than last season, but I’m not betting on significant improvements.

Arif, looking at the attack, what concerns you the most? Is there any reason to believe the offensive line will be better? And in what offensive position (other than quarterback) can the Vikings not afford an injury?

Arif: The areas where the Vikings have the least depth or the biggest drop from choke to backup are likely the guard and tight end. While we don’t know exactly what impact Irv Smith’s return will have on offense, it’s almost certain he’ll be a big improvement over Ben Ellefson and Johnny Mundt. He seems to be the biggest concern from an injury standpoint, and the Vikings’ response would likely be to cobble together something with CJ Ham and Ellefson. Turns out last year’s Christopher Herndon trade didn’t help much.

Otherwise, a center injury could be huge. While Vikings fans don’t trust Garrett Bradbury, the fall would likely be significant from Bradbury to Austin Schlottman. With no one else on the roster to break the ball up, an injury there would mean going from weakness to disaster.

Aside from Bradbury, I think there’s reason to expect a modest improvement on the offensive line. We don’t have much confidence that Darrisaw is a good player, but the signs we saw were positive. I would say we’ll probably see an improvement over what the Vikings had there last year with a combination of Rashod Hill and Darrisaw as a rookie.

To the good guard, I agree that we shouldn’t expect the world of whoever wins the competition, but I think they’ll be a bit better than Oli Udoh. With likely improvements to left tackle and right guard, I think it’s reasonable to be cautiously optimistic about the offensive line. I would also expect Ezra Cleveland to continue to progress to left guard as he learns the position. That doesn’t mean they’ll suddenly field a global blocking unit, but a season in which Vikings fans don’t have to bemoan the offensive line might be all they’re looking for.