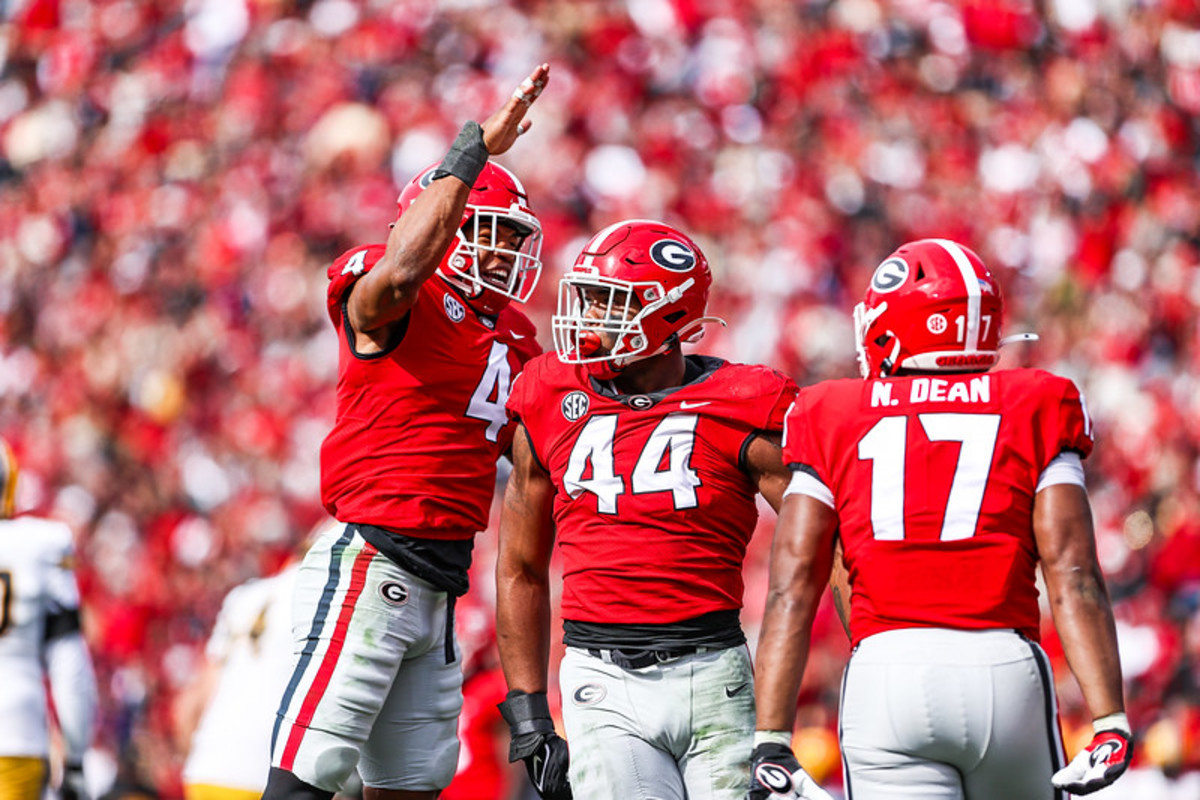 The University of Georgia has had no shortage of opportunities to showcase its football program since winning a national title.

On Tuesday, 16 members of the 2021 National Championship roster were on display for 122 NFL scouts, coaches and executives to assess. And there was plenty to talk about.

Quay Walker has skyrocketed the draft boards since September as he started his senior season for Georgia. He’s a 6’4, 230-pound linebacker who offers tremendous versatility, from coverage to pass-rush ability to conventional linebacker play in the box. The NFL fell in love with Walker, with 21 of the 32 NFL teams interviewing him in Indianapolis at the NFL Combine.

ESPN draft analyst Matt Miller says Walker may not make it out of the first round.

Linebacker Nakobe Dean was limited on Tuesday’s pro day due to chest strain according to Kirby Smart, but that hasn’t stopped him from meeting with several NFL teams.

The Giants have both the No. 5 and No. 7 picks overall in the former, the Steelers are at No. 20 with the Patriots just behind at No. 21 overall. The consensus at the end of the 2021 football season was that Nakobe Dean would be a first-round pick. The conversation now seems to revolve around Dean’s measurable physical parameters.

“He’s an undersized backer at 5’11, 227 pounds, but he’s an instinctual backer who I still think lands in that first round,” the draft analyst said. ESPN Jordan Reid on the SECNetwork show.

Then there are the big ones. Travon Walker, Devonte Wyatt and Jordan Davis who have all drawn first-round talk throughout this process.

Walker left the NFL Combine as a consensus Top 10 pick with potential to slip into the Top 5 overall. A 4.51-yard dash at Indy kept him out of a run again Tuesday in Athens, but he did even more field positions, including linebacker drop drills.

Jordan Davis’ 4.78 was also the talk of Indy, and he also dropped a few jaws on Tuesday.