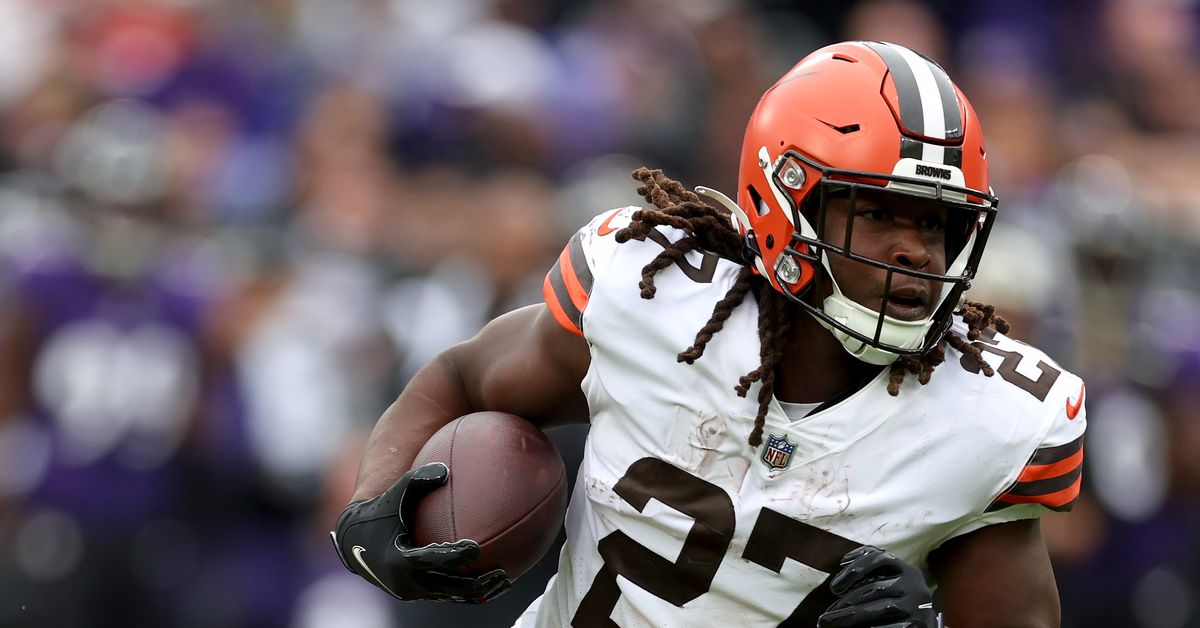 The Philadelphia Eagles caused a stir before the NFL trade deadline, trading a fourth-round pick to the Chicago Bears for passing pitcher Robert Quinn.

The New York Jets sensed an opportunity to make the playoffs at 5-2, and didn’t want to let the loss of promising rookie Breece Hall hurt their chances, so they traded a sixth-round pick for the Jacksonville. Jaguars for outstanding former undrafted runner James Robinson.

The Kansas City Chiefs saw more men covered than any team in the league, so they traded a third-round pick with a conditional sixth to the New York Giants for wide receiver Kadarius Toney, who was posting a solid 2.8 yards per throw against man coverage as a rookie.

Teams that are doing well are buying into the NFL this year. But that doesn’t mean the Buffalo Bills have to.

The best teams in the league try to strengthen their team specifically because teams like the Bills exist. If Buffalo doesn’t beat Kansas City in Week 6 while running nearly 50% of its shots on men’s cover, will Toney be traded to Kansas City? I am not sure. The Bills are in control for the AFC playoff standings and would likely be the favorite team in any Super Bowl game at the time of this writing.

It’s different to be “the hunted” versus the “hunter”, but making a move to do so – or to signal to your fanbase that you’re “pushing to earn a token now” – is much more a matter of optical than on the performance on the ground.

Buffalo could trade a fourth-round pick for 27-year-old Kareem Hunt, whose contract is expiring. Hunt has been a slightly better rusher than Devin Singletary this year, with a one-yard advantage in rushing yards over expectations per carry (0.54 to Singletary’s -0.55) and has a slightly better yardage average on the ground after contact per range (2.92 against 2.77). While I used those two metrics to try to isolate the game from the significantly better offensive line in Cleveland, Hunt was also a good passer in his day. How much do these marginal improvements move the needle for the overall success of a team that throws the ball 63.6% of the time and whose quarterback runs the ball 7.8 times per game?

“But Bruce, Josh Allen wouldn’t need to run so much if we had a running back like Hunt.”

Allen is one of the NFL’s most effective runners at any position, and would most likely remain the Bills’ most effective runner regardless of which running back was acquired at the trade deadline. It seems odd that the potential trade advertised as an “all in” or “win now” move also uses an argument that Buffalo should take the ball out of the hands of its most effective rusher more often, when historically the argument in favor of having Allen run less is based on longevity and long-term planning.

Given that you might consider the Bills to be 26th in the NFL in both Focus on professional football‘ run ESPN’s block rating and block win rate metrics and think the problem with the running game is the offensive line, you can initiate a trade for an offensive lineman to help revive their game running with running backs already on the roster. Going back to the start of the 2020 season, here are the offensive linemen who were traded to the NFL:

Brown has been reasonable in Kansas City, but probably not what they were hoping for after spending. Hudson, a good player, was not in Arizona what he was for the Raiders. Every other player is a deep piece down the roster who wouldn’t be an upgrade from one of the Bills’ five starting offensive lines. Teams don’t let go of good offensive linemen in today’s NFL.

While a potential running back acquisition might not move the needle much, and an upgrade to the offensive line isn’t even likely to be available (the two most commonly discussed upgrades for the 2022 deadline), the Bills don’t need to make a move just to say they’re following the Eagles and world leaders. Some might get restless, but it seems like this could very well be the right thing to do.

…and that’s how the cookie crumbles. I’m Bruce Nolan with Buffalo Rumblings. You can find me on Twitter and Instagram @BruceExclusive and look for new episodes of “The Bruce Exclusive” every Thursday on the Buffalo Rumblings Podcast Network!