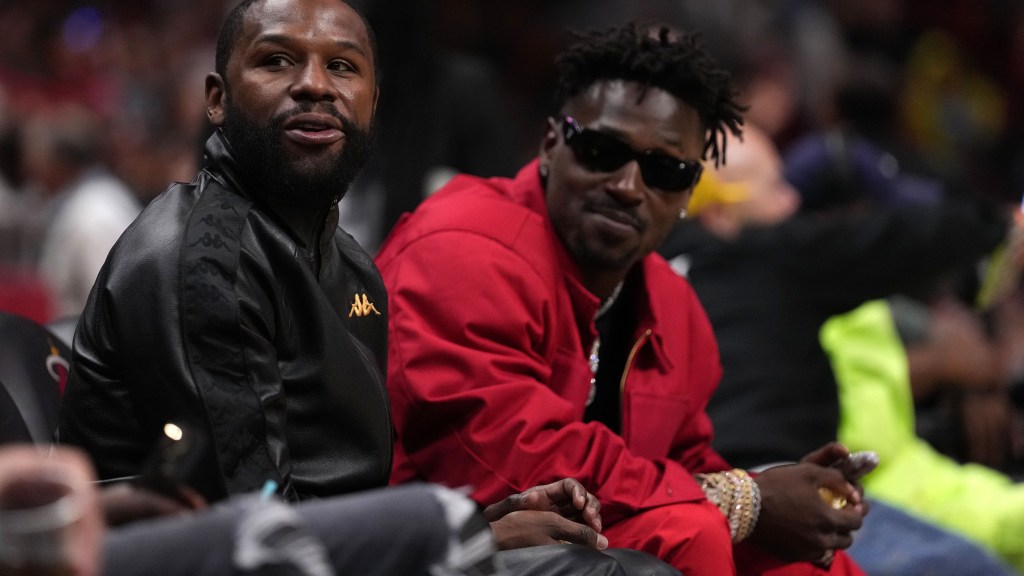 Boxing legend Floyd Mayweather Jr. makes an impressive offer to all NFL teams: sign Antonio Brown for $20 million, and if he doesn’t make it through the entire season without a hitch, the team will be entirely reimbursed.

It could be a fun ride for another desperate team throwing stuff at the wall to see what sticks, but for first-year general manager Kwesi Adofo-Mensah and first-year head coach Kevin O’Connell, it’s is an unnecessary headache with possibly catastrophic consequences.

It is not necessary to say it because the whole scenario seems completely ridiculous. But I say it anyway: bad idea!

Imagine the backlash Adofo-Mensah would face for bringing in the same guy who stripped down in the middle of a game against the New York Jets with Tom Brady at quarterback.

If he acted like that catching passes from Brady, a few games with Kirk Cousins ​​under center, and he’d be running down the field in his drawers.

Antonio Brown left the pitch shirtless after showing some frustration on the sidelines.@JenHale504 pic.twitter.com/Jet6ofnNm2

Vikings fans don’t need to see this when things are going ultimately moving in a positive direction. The old guard with Mike Zimmer and Rick Spielman is gone, and the team is stuck between a real turnaround and too naive to know they’re about to fall flat on their backs, yet again.

Either way, it certainly beats that same old feeling of mediocrity.

The Vikings are good with Justin Jefferson as the No. 1 receiving option. Adam Thielen is getting older but still incredibly reliable. And KJ Osborn is an up-and-coming talent who doesn’t need to cut his snaps for an Avengers-like experience at receiver.

Wherever Brown goes in the NFL, chaos seems to follow. The sad thing is that he is still one of the best receivers in football, period. When it comes to honing his craft, no one works harder than Brown on and off the football pitch.

It’s everything that comes with it that’s the problem. That’s not to say that no team will or should even be signing a man who calls himself “Mr. Big Chest” when he was still with the Pittsburgh Steelers. He kind of went from that to stepping on his shirtless Tampa Bay Buccaneers teammates.

Surely an analytical mind like Adofo-Mensah would laugh at the mere thought of Brown joining the Vikings. But Brown’s elite talent and the fact that the Vikings are clearly in winning mode now makes you wonder if there’s a one-in-a-million chance for Lloyd Christmas.

Vikings 2022 NFL Draft preview: Where does Minnesota stand at CB?