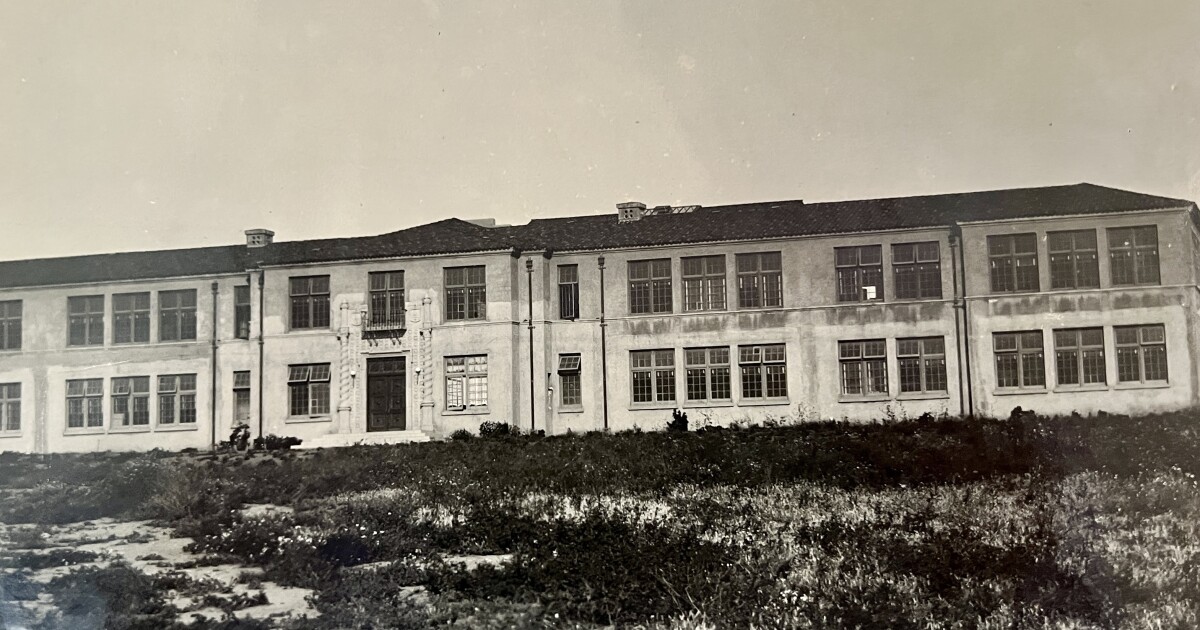 Part 1 – The Viking Age: In celebration of its centenary, a look at La Jolla High School then and now

La Jolla High School, part of the San Diego Unified School District, opened in September 1922 and has remained an educational component of the community. This is the first part of a La Jolla Light series marking the school’s 100th anniversary.

In June 1921, the San Diego School Board passed a resolution to add a new high school on 5.6 acres off Fay Avenue around Westbourne Street in La Jolla.

At the school’s first commencement ceremony on June 25, 1925, 11 students became the first graduates of what was then called La Jolla Senior High School.

Decades-old elders prepare to gather in celebrations honoring their role in the Viking annals.

The Jolla High School Alumni Association is planning an “Alumni Centennial Homecoming Football Game Celebration” at 4:30 p.m. on Friday, September 30 at the Coggan Family Aquatic Complex on the school campus at 800 Nautilus Street.

Representatives for the association did not respond to requests for details, but the organization’s website says the event, for alumni 21 and older, will precede the Vikings’ return game and will include tacos and drinks. Tickets are $100. To learn more, visit ljhsalumni.org/anniversary.

The event is for Viking alumni from all decades and “any La Jolla High School friend” 21 or older, Vogt said. The evening will include a piano performance by an Emmy Award-winning LJHS alumnus whose name is being kept secret, as well as celebrity appearances and a two-hour concert by 80s cover band Tainted Love. There will also be food, beverages – including a Centennial Margarita – LJHS Centennial souvenirs and merchandise. Tickets are $195. For more information, visit theconrad.org/events/ljhs-reunion.

Vogt, founder of the BottleRock Napa Valley music, wine and food festival, who has extensive experience planning entertainment events, said he wanted to plan the LJHS centennial celebration to reconnect with his colleagues. ancient Vikings.

He wants “to have a chance to be part of the city again,” he said, calling The Conrad “that gem right in the middle of a city that’s so pretty.”

A portion of the proceeds will go towards founding and maintaining an on-campus Viking Hall of Fame, which Vogt hopes will include accomplished alumni in the arts, sports, sciences and other fields.

“The school was great. [Everyone] was cool and pretty and wonderful and smart.

Over the decades, LJHS slowly expanded its campus and student body. It now occupies over 14 acres with an enrollment of approximately 1,300 students.

The school also changed its colors from the original green and white to the current red and black.

It is unknown when the colors changed, or when La Jolla High began to include ninth grade.

LJHS now offers gifted and talented education, English as a second language, and special education programs and has been recognized as a California Distinguished School and Achievement through School of Individual Distinction.

“School was great,” Vogt said. Everyone on campus, from teachers to students, “was cool, beautiful, wonderful, and smart,” he recalls.

“There are a lot of interesting people who have passed through here in 100 years,” he added.

Calling all ancient Vikings! La Jolla Light would like to hear from La Jolla High School graduates from all decades. To share your memories, please email [email protected] ◆