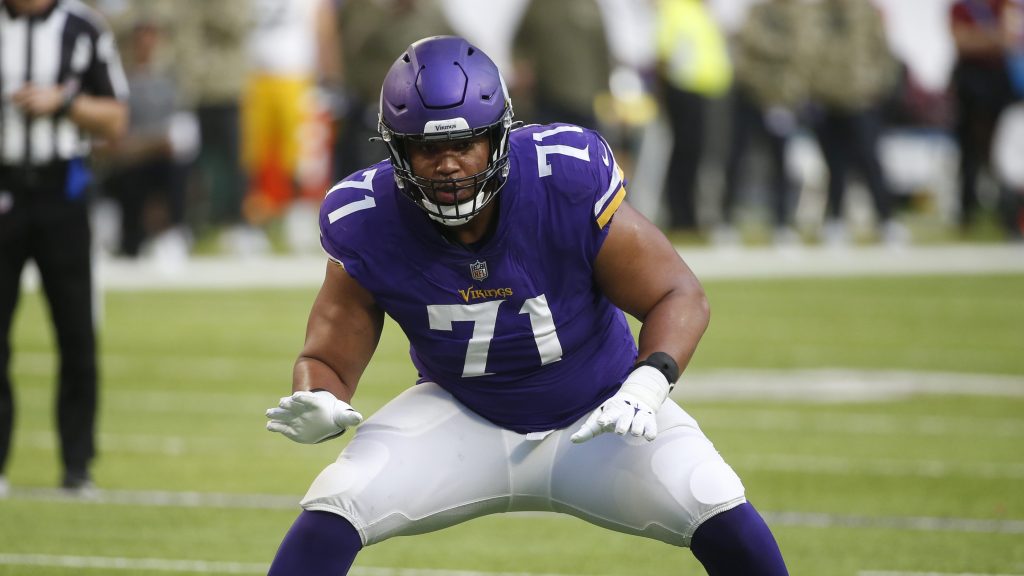 The Minnesota Vikings are in a very important season for the franchise.

The new regime set itself up to have a breakthrough season for the remnants of the previous regime. Retaining the majority of last year’s roster, first-year head coach Kevin O’Connell and general manager Kwesi Adofo-Mensah are counting on growth. The writing was on the wall when the Vikings re-signed Kirk Cousins.

During his visit to the team’s training camp, NBC Sports Edge’s Peter King said he thought they could take a step forward with their current roster.

“It’s a team built to be a continuum, it’s not a team built to do everything it can over the next two years.”@peter_king speak with @GabeAHenderson from what he sees in #Vikings.

Darrisaw received massive praise over the weekend, earning comparisons to San Francisco 49ers All-Pro tackle Trent Williams. If he takes the next step, the Vikings could be on their way.