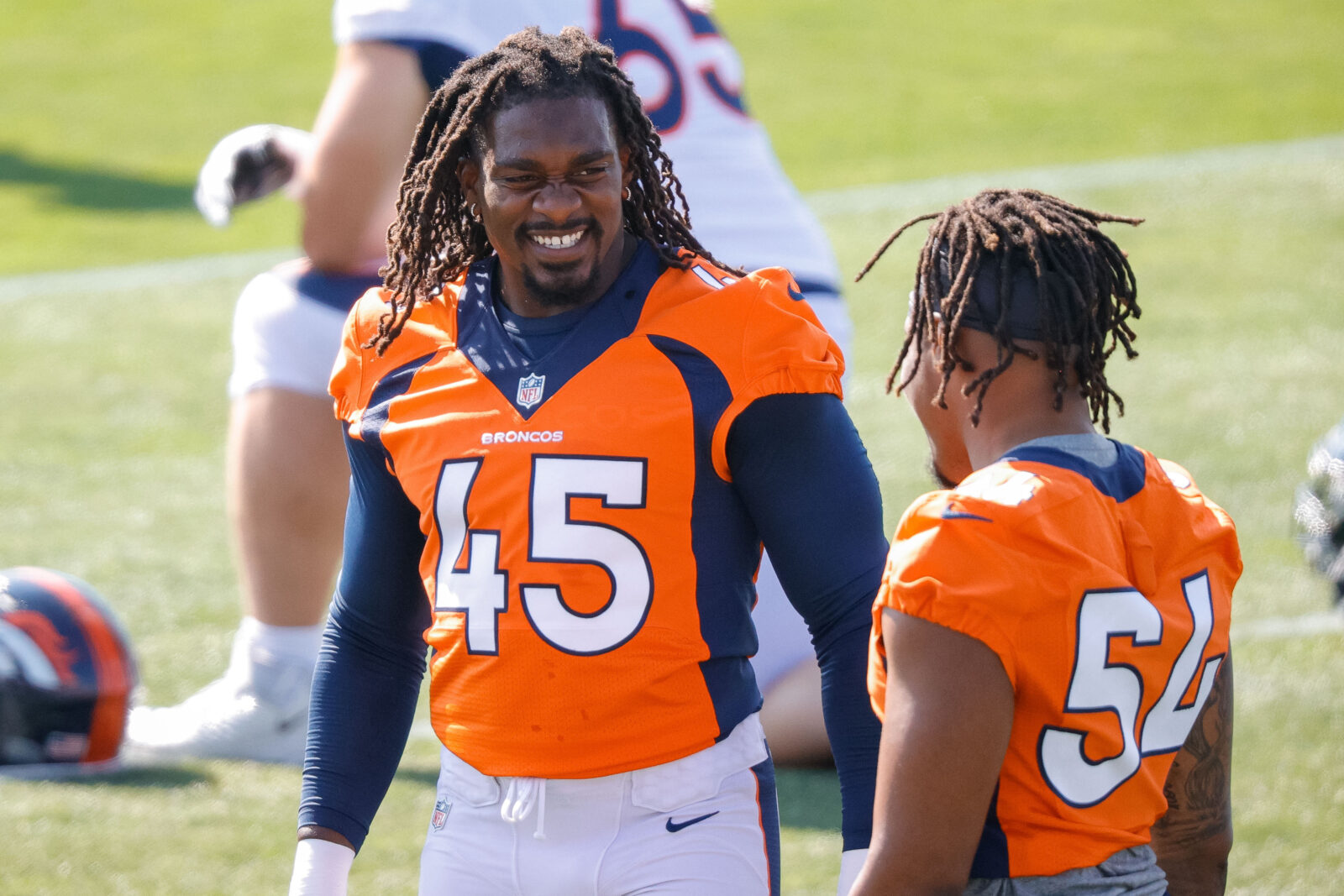 VikingsTerritoryit is purple rumor mill is a chronicle of two days each week. All of the week’s rumors are lassoed and filed in two places – the Saturday and Sunday articles – for review. Today is the July 2 edition.

Rumor: The Vikings are expected to sign Alexander Johnson, a free agent linebacker who last played for the Broncos.

By a hair’s breadth, Johnson qualified for Focus on professional football‘ ranking of off-ball linebackers, shockingly ranking third in the entire NFL. He scored an 80.9.

Johnson-to-Vikings was born out of PFF this week in an article about a signing or trade each team should make this summer.

What does it mean? Well, Johnson has ties to current Vikings defensive coordinator Ed Donatell. They worked together in Denver. But Johnson was lost to injury after six games in 2021, so perhaps that solves the mystery of his current free agency.

Either way, the Vikings don’t need starting linebackers — they’ve got Eric Kendricks and Jordan Hicks for that — but Johnson would tick the boxes for a reasonably priced backup role. Additionally, either Kendricks or Hicks could be injured, leaving rookie Brian Asamoah to fill in – or, in this case, Johnson.

The rumor, for now, is PFF-led.

Rumor: JC Tretter is still in the mix for the Vikings’ free agency plans.

This rumor will not die. He won’t die until Tretter signs with a non-Vikings team, retires, or actually signs in Minnesota, reuniting the center with Cleveland-era Kwesi Adofo-Mensah.

A few times, media entities have suggested the Vikings should jump on Tretter for the starting center job in 2022. Then, this week, Step signaled endorsed the idea, too.

Minnesota center Garrett Bradbury hasn’t protected passes since 2019, a depressing feat for a 1st-round center. Tretter, with those Adofo-Mensah ties, is one of the best pass blocking centers on the planet.

A purple union makes sense but clearly didn’t happen – and we’re more than three months into the alleged courtship.

Rumor: Anthony Barr will eventually end up with the Dallas Cowboys.

The Cowboys, Arizona Cardinals and New York Jets have been rumored spots for Barr. It doesn’t look like he’ll be returning to the Vikings, even though head coach Kevin O’Connell went out of his way to compliment Barr in his introductory presser in February.

ESPN has mentioned the Cowboys twice for Barr – once by Bill Barnwell, the other time by Matt Bowen – and Launderer’s report re-up the idea this week.

If Barr is healthy – that seems like a big if – it will hang somewhere. The Cowboys are a reasonable guess.