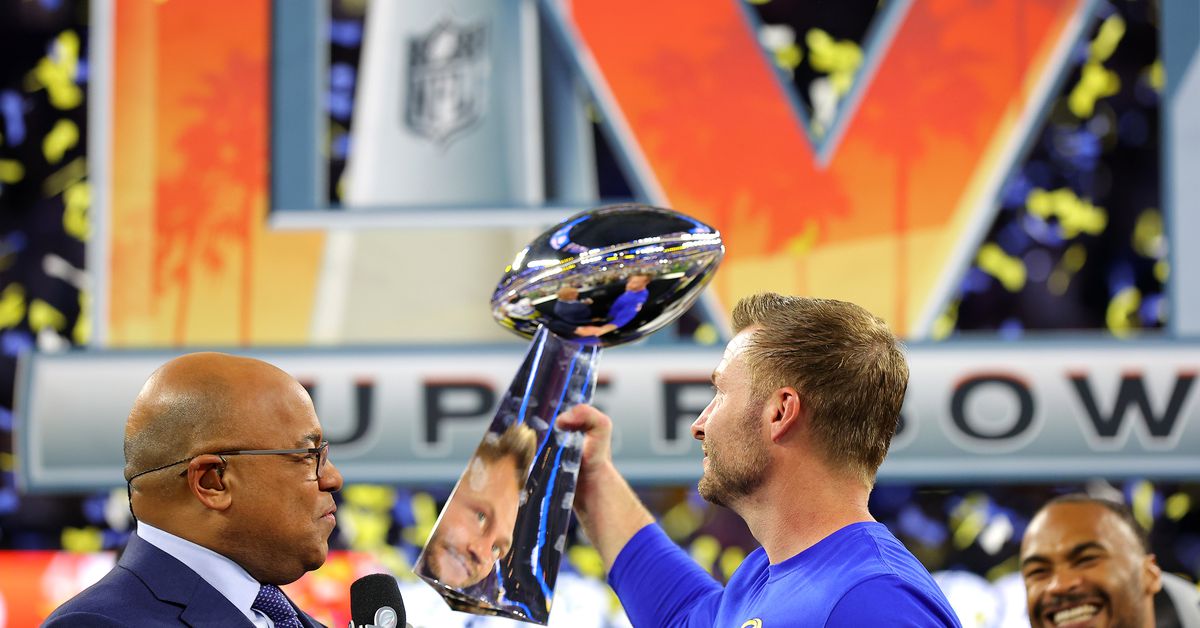 Once the dust settles from the 2022 NFL Draft, it’s obvious the other 31 teams have some catching up to do before they can eliminate the Los Angeles Rams. LA proved that their aggressive team-building strategies paid off in winning a Lombardi Trophy.

While recent playoff success under the dynamic duo of McVay and Snead has been notable, it has added to the consistency the team has enjoyed in that department over the past 25 years.

* have multiple Super Bowl wins
+did not win a single Super Bowl during this period pic.twitter.com/peJgWDuKfD

Since the 1996 season, the team has the second-highest playoff winning percentage in the league, second only to the New England Patriots for some reason. To put that into perspective, their .650 percentage is by far the highest in the NFC during this time frame. Of the eight teams on the list, all but the San Francisco 49ers have won multiple Super Bowl titles.

Over the past 25 seasons, the Rams have played in 20 playoff games, holding a 13-7 record. The greatest show on grass from 1999 to 2001 went 5-2 in seven playoff appearances, winning Super Bowl XXXIV. Under head coach Sean McVay, Los Angeles made the playoffs in four of his five seasons on the job, going 7-3 in the playoffs and of course, winning Super Bowl LVI l ‘last year.

Both the team and the fanbase suffered through the Dark Ages as they missed the playoffs every year from 2005 to 2016. Despite all those bungled campaigns, the Rams made the most of the playoff appearances they they were able to collect.

Thankfully, the days of the Rams being the laughingstock of the NFL and the basement dweller of NFC West are over for now (knock on wood). LA has the opportunity to build on its stellar playoff record. After going all-in to defend their crown, you can bet the team won’t waste another second.

No coming home for Justin Jefferson after all