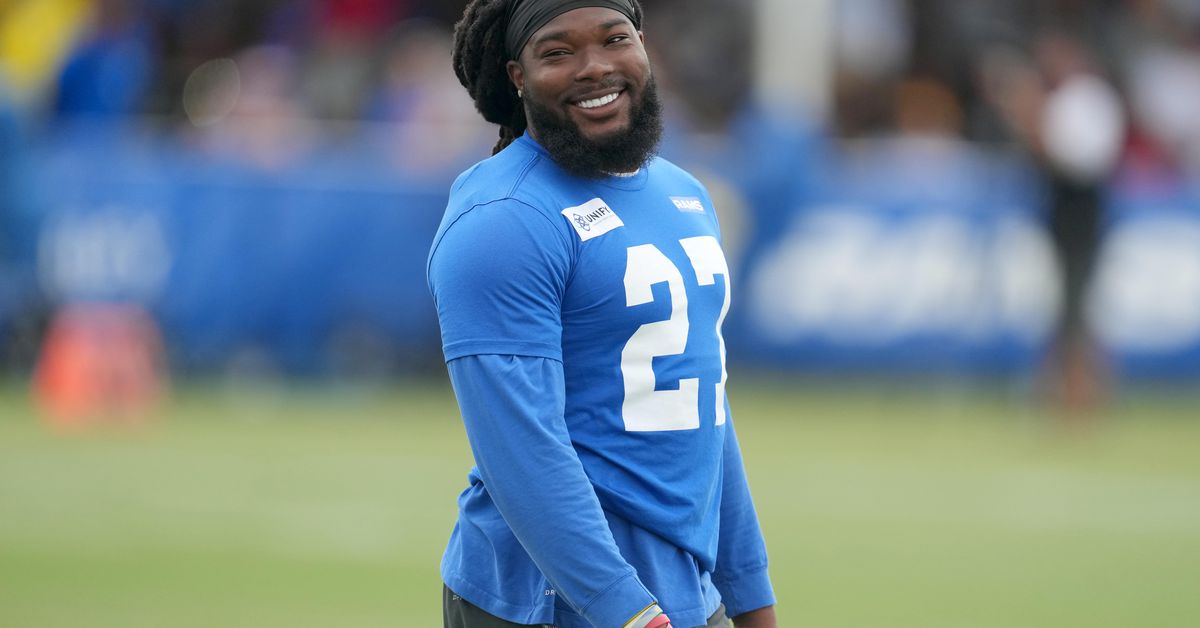 The Rams will have tough decisions to make after the upcoming season, as their 2019 draft class is all expected to be free agents by the end of the year. One player who falls into this class is running back Darrell Henderson, arguably the best player the Rams selected in a hugely successful draft for the team.

Henderson, who has 1,831 scrimmage yards with 14 touchdowns since 2019, has been a fixture on the Rams offense since being drafted. As a dual-threat running back, Henderson’s versatility is what makes him effective, and last season he seemed to really thrive in the passing game as he posted career highs in all areas. reception statistics. On top of that, Henderson also hit career highs in rushing, having his best overall season as an NFL player so far.

With all of that being said, there is a real chance that Henderson will suffer a substantial drop in production, as running back Cam Akers is now fully healthy and will be the teams return. In my opinion, the Rams would be better served to use both Henderson and Akers, and basically try to minimize the overall load each of them will have to carry.

As two running backs who have yet to play a full season, a little load management wouldn’t hurt the team or Henderson and Akers. Also, the talent between the two isn’t as far apart as some might think, as Henderson has already proven he’s a capable guy to be a starter in this league. My guess is Henderson will make the most of his opportunities this season and prepare to potentially find a home elsewhere as the teams return.

Will Darrell Henderson make the most of his contract season? Let me know your thoughts below!

Links of the day:

6 standouts from the first week of Rams training camp (YahooSports)

New Viking cruises will sail between Milwaukee and Antarctica in 2023