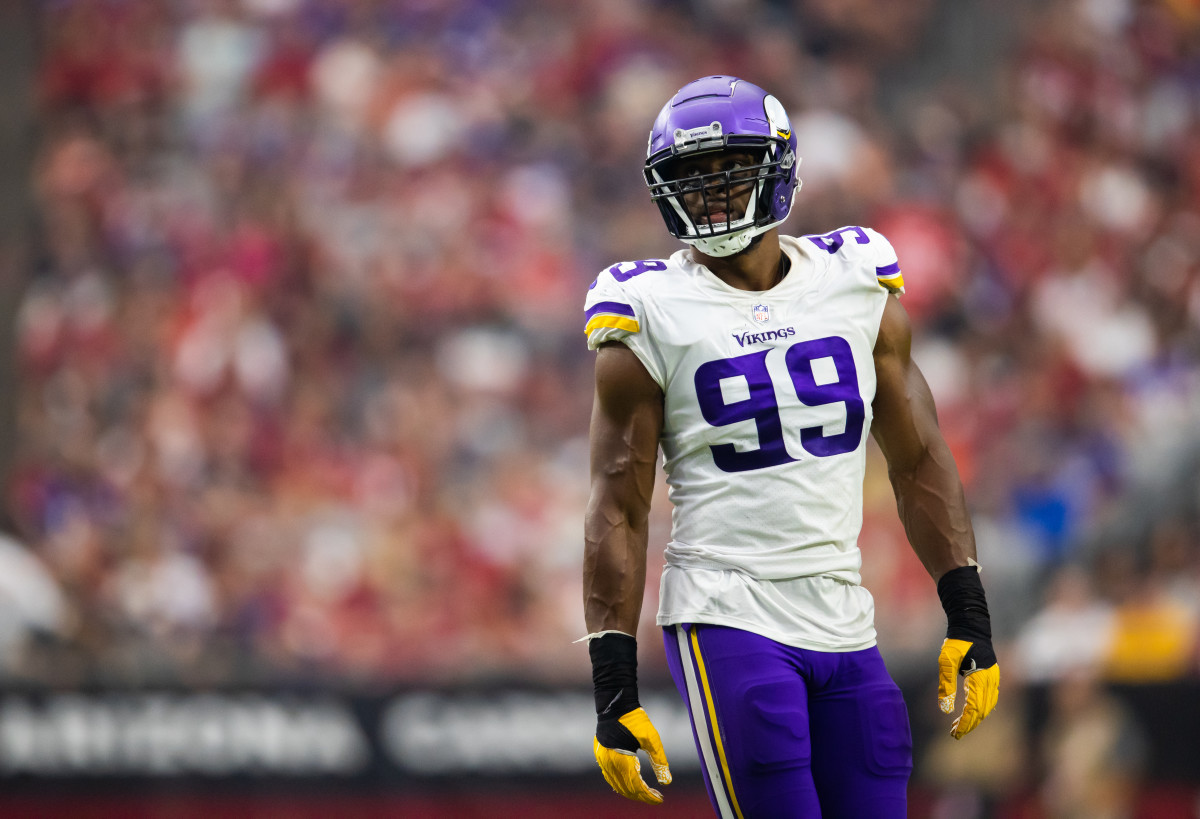 After a week of speculation, the Minnesota Vikings intend to keep Danielle Hunter.

ESPN’s Adam Schefter announced Saturday morning that barring an unforeseen change, the Vikings will keep Hunter and pay his $18 million bonus due Sunday. The move will also lock the Vikings into the final two years of a seven-year, $72 million contract signed in 2018.

The move would come as a surprise as Hunter owns a $25.8 million cap for the 2022 season. Earlier this week, Star Tribune’s Ben Goessling reported that the Vikings were trying to trade Hunter to create cap space, but according to ESPN’s Jeremy Fowler, a deal never materialized.

After restructuring the contracts of Harrison Smith and Adam Thielen, the Vikings have $2.4 million in cap space according to Over The Cap. Absorbing Hunter’s cap hit would hurt the Vikings’ ability to add free agents, but it might be worth keeping their top passer.

According to Pro Football Reference, Hunter ranks ninth in franchise history with 60.5 sacks. He is also the fastest player in NFL history to reach 50 career sacks. Although he missed 26 games over the past two seasons due to neck and pectoral injuries, he had six sacks in seven games during the 2021 season.

It’s another move that signals the Vikings plan to come back with a roster that went 8-9 last season.