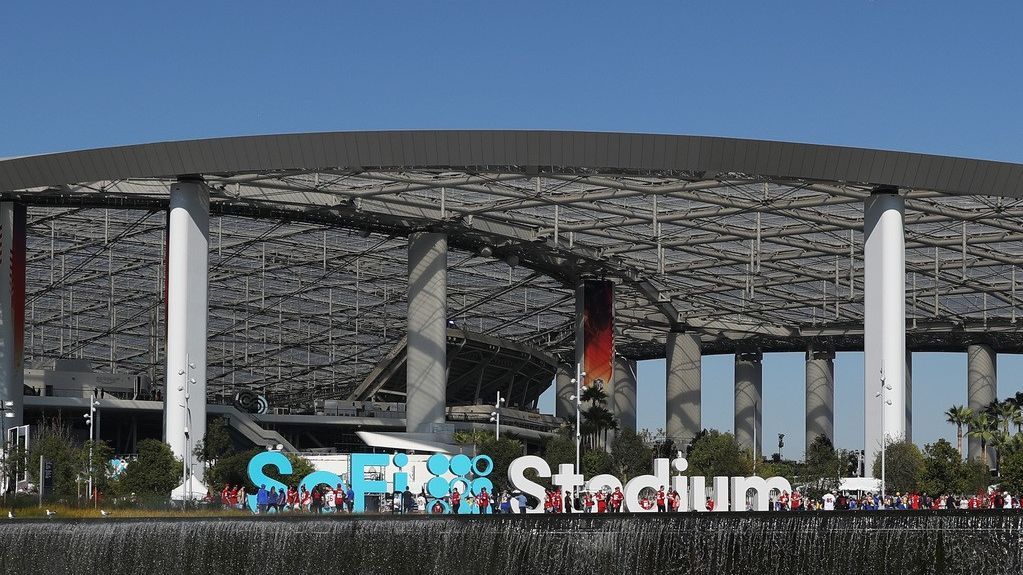 INGLEWOOD, Calif. — A San Francisco 49ers fan is in a medical coma after being punched during a parking lot confrontation with an apparent Los Angeles Rams fan during the NFC Championship Game of Sunday, the mayor of Inglewood said Thursday.

Daniel Luna, 40, remained hospitalized after the fight as police searched for his attacker based on blurry video and a car’s license plate, Mayor James T. Butts Jr. said during of a press conference.

Luna, who owns a restaurant in Oakland, was mingling with a crowd of about 16 at SoFi Stadium, most wearing what appeared to be 49ers jerseys, when he pushed a man wearing a Rams jersey from behind, Butts said after seeing the video.

Before that, Butts said, “There didn’t seem to be any hostilities.”

Luna was found bleeding in the parking lot about half an hour into Sunday’s game, according to the LA Times.

“It felt like a little altercation gone really bad,” Butts said. “One punch and someone fell, hit their head on the ground. It wasn’t like you had people ganging up on someone and hitting them.”

Luna’s face was fractured and he was placed in a medically induced coma to prevent internal bleeding from swelling his brain, Butts said.

“What happened to Daniel Luna is reprehensible, and we strongly condemn any violence,” the 49ers said in a statement to the LA Times. “We know that local authorities in Los Angeles are conducting a thorough investigation and we are here to support them as much as possible.”

Butts said the video was not clear enough to provide a description of the suspect, but he was seen talking to people in a car. Police want to find the car and speak to the occupants to see if they were involved, Butts said.

Security will not be increased because of the incident, the mayor said.

“I’m very comfortable that there was enough security,” he said. “There’s a lot of security in the parking lot. You’re not going to stop every altercation, argument between fans. It’s just not going to happen.”

In a statement to the LA Times, SoFi Stadium officials said they were “aware of and saddened by the incident” and were “working with law enforcement.”

The Associated Press contributed to this report.