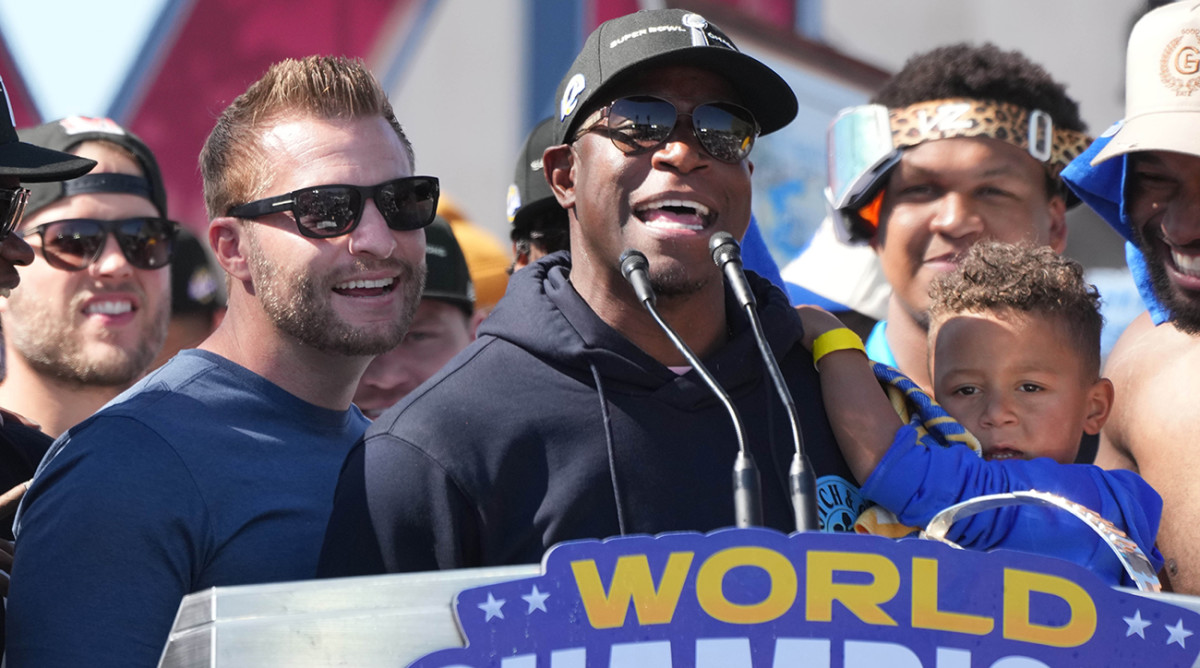 In an interview on Tuesday, Rams Coach Sean McVay expressed his deep disappointment that one of his team’s coaches has yet to be hired for an NFL head coaching position.

Raheem Morris, the team’s defensive coordinator, will stay in Los Angeles this season and while McVay is happy to have him back, it just doesn’t make sense to him.

“It reflects how far we have to go because he’s one of the best coaches in the world, and not being a head coach is a crime,” McVay told The Associated Press’ Greg Beacham. .

The Rams defense featured stars like Jalen Ramsey, Aaron Donald and Von Miller last season, which ended with a Super Bowl victory over the Bengals. During the season, Morris’ defense ranked No. 17 in total yards allowed and No. 18 in total points allowed.

However, during the playoffs, Los Angeles never allowed an opponent to score more than 27 points. The Rams held teams to 18.75 points per game en route to the Lombardi Trophy.

Los Angeles will be looking to revive it this year, and if all goes well for McVay and company, Morris will be out the door and given a chance to run another franchise.