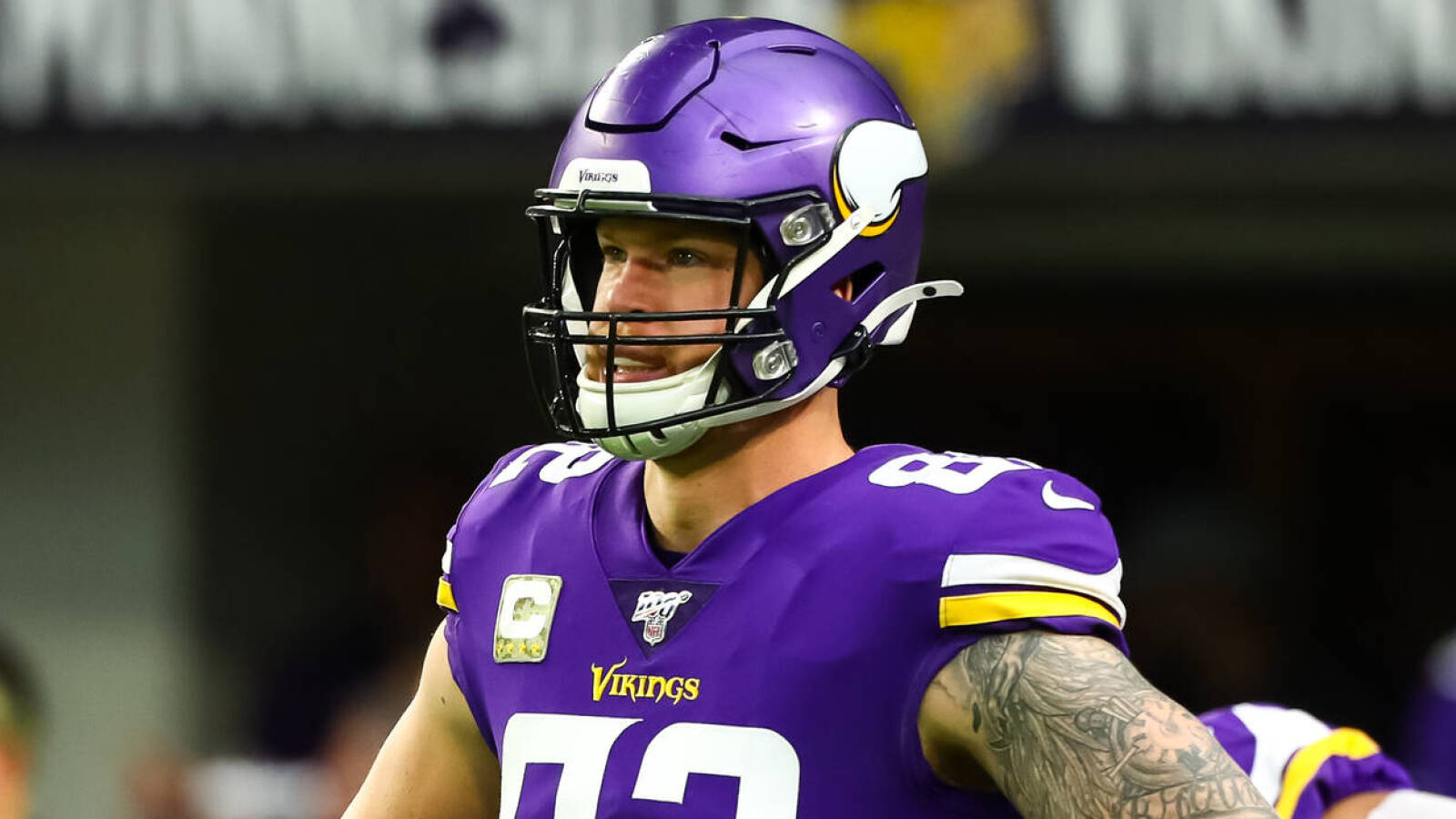 It might be a smart move considering each of their three backup tight ends in Josiah Deguara (retired a year and a half from torn ACL), Dominque Dafney (mostly a fullback) and Tyler Davis (spent the major part of 2021 on the practice squad) suffered injuries or simply didn’t play enough. A veteran like Kyle Rudolph could be a very solid addition to Matt LaFleur’s team.

The Packers know all about Rudolph. He spent the first decade of his career in Minnesota (2011-2020). Prior to spending his 2021 season with the New York Giants, Rudolph started 145 of 156 games at tight end for the Minnesota Vikings. He has played more than 15 games in eight of his 11 career seasons. The two-time Pro Bowl tight end’s best season came in 2016 when he recorded a career-high 82 catches for a game-high 840 yards and seven touchdowns. The former Pro Bowl MVP is now on the hunt for a new team after the Giants released him in March after a difficult season.

The 32-year-old has nearly 480 receptions, over 4,700 receiving yards and nearly 50 receiving touchdowns in his career. Standing at 6ft 6in and weighing almost 270lbs, Rudolph would be a huge nightmare in the red zone for any opposing defense. He could bring even more experience to a Green Bay offense that thrives on experienced players. His passing skill can help this offense as it will help relieve pressure from players like Tonyan and an aging Lewis. A two-year deal worth around $4 million a year makes sense, especially as Tonyan enters a contract year. Adding Rudolph would immediately improve the passing offense and create more depth at the tight end.