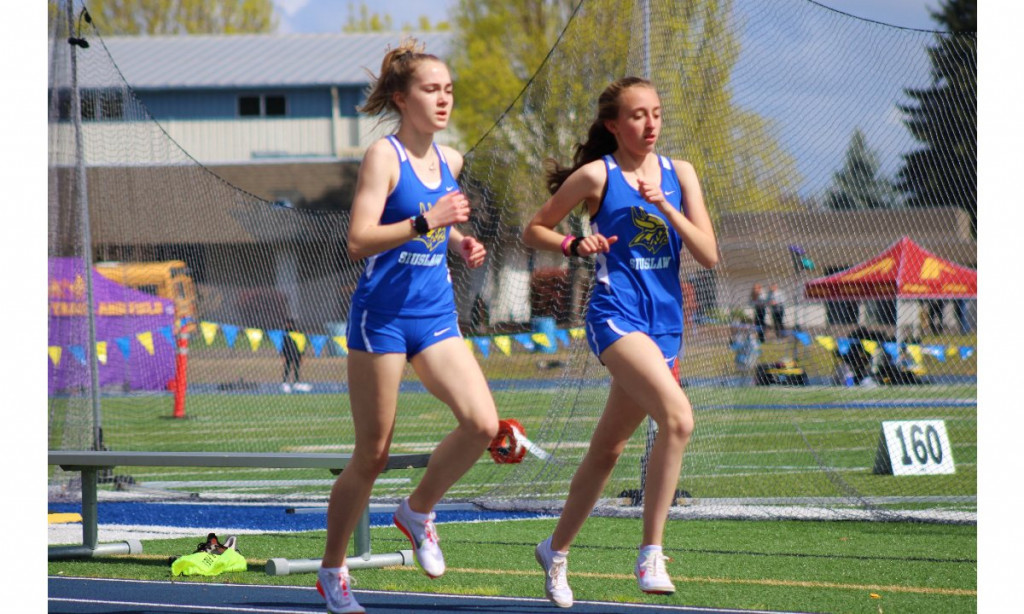 April 4, 2022 — Both area high school track and field teams traveled to the valley last weekend for competitions. Each team won a handful of personal bests with a few first-place medals for good measure.

Siuslaw joined seven other Eugene schools at the Marist invitation. The boys’ team finished second, and many athletes from the SHS boys’ and girls’ teams had strong individual performances.

There were many highlights for the Viks.

Other highlights for the boys included junior Hunter Petterson, who finished second in the 100m in 11.76.

Additionally, the shot put boys had some great performances from the Vikings.

Junior Jonathon Rose, who switched from glide to spin for the first time at this meet, finished an impressive third with a personal best of 41’5.5. Rose then finished fourth in discus (127’8”).

Sophomore Cort Wagoner also set a PR in the shot put with a throw of 38’2”.

Other highlights included senior Rhys Fleming’s third place in the javelin (146’1”) and the 4×400 relay team’s third place in their race. A team of two freshmen (Wesley Nicholls and Ray Brito Xilot) and two juniors (Petterson and Ulrich) finished in 3:41.36.

On Saturday, the Sailor Track Team was on McKenzie Community Track for their second special District 2 meet of the season.

With only three athletes competing, a team’s chances of victory were nil. This did not deter the three MHS athletes from putting on quite a show.

The most exciting development of the day was the 2022 debut of junior Emily Neece. In her first encounter of the season, she showed very little sign of rust.

Neece set a personal best in the shot put at 28’10.25”. That mark earned him a first-place medal in, surprisingly, his first competition of the season. Neece also took third place with a personal best discus (66’5”) and was sixth in the javelin (50’3”).

Junior Caleb Lewis’ highlight was his fifth place finish in the high jump (4’8”).

In what will be a treat for local track and field fans, Mapleton and Siuslaw will compete together at McKenzie on Saturday April 9 in the AMJ Invitational. The first events start at 10:30 a.m.