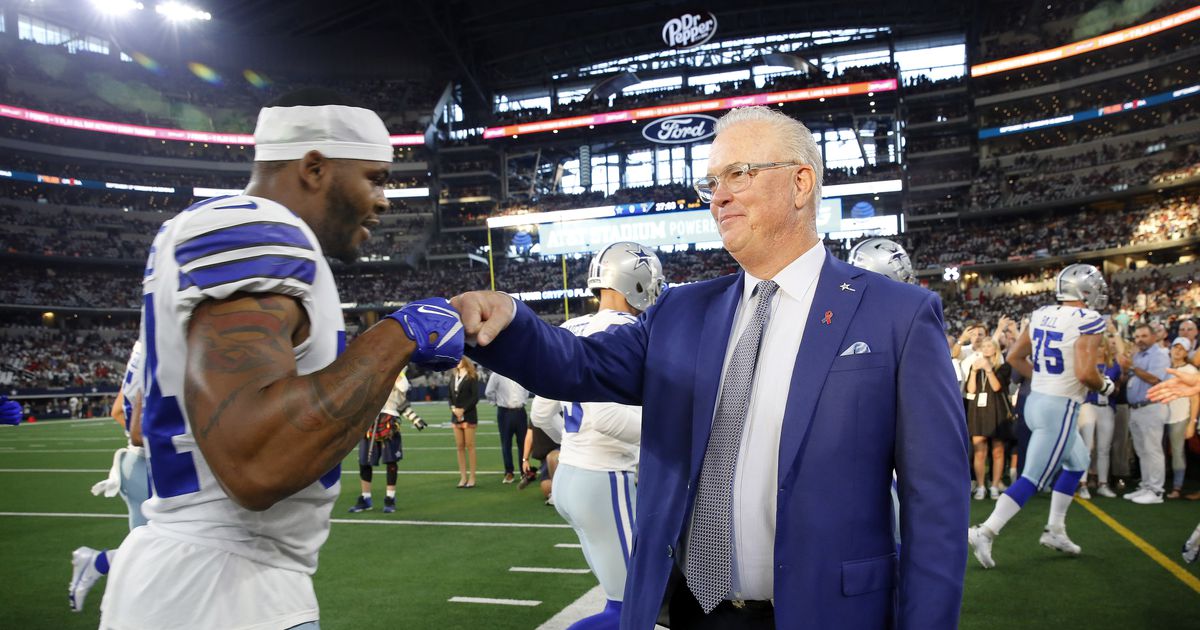 Cowboys Executive Vice President stephen jones joined K&C Masterpiece on 105.3 The Fan [KRLD-FM] recently to discuss Dak Prescott’s firm handshakes with the media and whether the NFC East is the best division in football.

Here are some highlights, edited for clarity.

Q: What is Dak Prescott does giving firm handshakes to the media mean?

Stephane Jones: “It means he’s progressing and we certainly feel good about that and we’ll just see what today and tomorrow bring and make decisions based on where he is. Obviously we all know that “He has to be able to grab that ball the way he has to to throw it with the precision and depth he needs to be successful. So we’ll continue to monitor that and see where we end up.”

Q: What are your concerns about this breach, or do you have any?

Jones: “I think Mike [McCarthy] did a great job, he and Kellen [Moore] play complementary football. Not returning the ball, protecting it, letting the defense play for us. And then the most important thing is that we have a franchise quarterback who is not playing right now. Surely at some point he will be back sooner rather than later. I think when he does, I just think the effectiveness of the offense will increase. Right now we are doing what we have to do to win games. We manage the football, which is really important, and doing it late probably caused our average in terms of yards per carry to drop when they knew we were going to run the ball every play. But, overall, I thinks our offense will eventually become what we need so they can do their part to help us win those football games.

Q: Do you think this defense is as good as your “90s Super Bowl teams”?

Jones: “Well, we’ll see what the whole job turns out to be. He definitely has the potential; the way we’re going right now, the defense has a lot of depth. The front seven is strong in rotation Leighton [Vander Esch] and [Anthony] Barr and this whole team. And we have Damone [Clark] back in training since last week. He has the opportunity to contribute last year. Certainly our depth at the security post. Iz [Mukuamu] stepped up, did a really good job during [Jayron] Kearse was out. It was great to get Kearse back and then our third corner position is a strong position for us in terms of the depth we have there with Kelvin Joseph and [DaRon] Bland and this group. So, it’s just a full, deep defense. Keep everyone fresh and obviously Dan Quinn does a good job of dialing in the really good stuff. I think it’s now been five games in a row that we’ve kept our opponents under 20 points and you’re definitely giving yourself a chance to win by doing that.

Q: Do you watch the Giants knock out the Packers and think the NFC East might be the best division in football?

Jones: “At the end of the day, Bill Parcells used to say ‘you are what you are.’ The records speak for themselves right now in the East. We’re 4-1. The Giants are 4-1. The Eagles are 5-0. And the [Commanders] are one meter away from being 3-2. So it’s always been a competitive division. You talk about four of the best franchises in the NFL and you are certainly who you are right now, and the NFC East, I think, if you combine all the records, has the best record in any division of football. ”