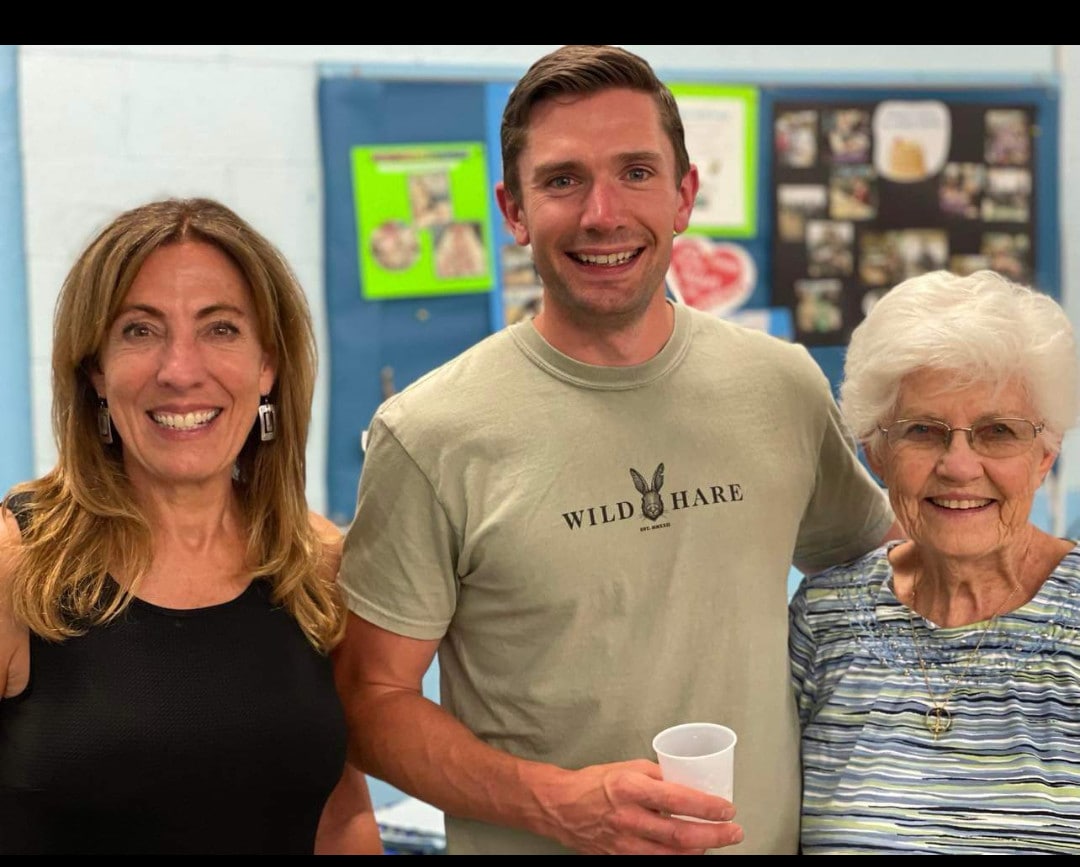 HUDSON — Hudson residents Mike and Mary Walling enjoyed a Danube cruise aboard the Viking ship “Vilhjam” in May.

They sailed for a week and enjoyed land visits to Bavaria, Austria, Bratislava and Budapest. Historian and author Mike celebrated his birthday on May 17 with a lighted scenic sail in Budapest and a performance of Hungarian riders at the Lazar Equestrian Park.

A highlight of their visit to Vienna was a Mozart & Strauss concert by 17-year-old prodigy Alma Deutscher.

Mary Walling noted that there were daily COVID tests and that masks were required or suggested on board and on walking tours. They enjoyed shore excursions and free time in major cities. It was the couple’s first cruise, and Mary Walling called it “spectacular!”

Mrs. Louise (Guidotti) Carney was honored with a family celebration at Casa Diva restaurant in Northborough on Sunday June 5, marking her 90th birthday on June 7.

Four generations of his family participated.

Mrs. Carney is the mother of James Carney, Stephen Carney, Charles Carney and Paul Carney; she also has six grandchildren and a great-grandson. A former resident of Hudson, she now resides at New Horizons in Marlborough.

The History of Medusa Brewing Company

Keith Sullivan of the Medusa Brewing Company on Main Street was a guest speaker at the May meeting of the Hudson Historical Society at First Federated Church Hall.

Sullivan, along with partners Keith Antul and Tom Sutter, established Medusa on Main Street, at the former site of Aubuchon Hardware nine years ago.

He said the brewery and bar were built with recycled materials to evoke his story.

Sullivan said he and his partners chose Hudson because it was “a close-knit, blue-collar town.”

He explained the process of brewing beer at Medusa to his audience and discussed opening his latest business, the Wild Hare restaurant in the Landing at Hudson Mills on Broad Street.

Hudson’s only Farmer’s Market is open every Tuesday through September 27 at Hudson Town Hall, rain or shine, from 3:30 p.m. to 6 p.m.

Market Music is sponsored by Hudson Cultural Council and Thermalogic.

Ms Hartford, who has accepted a pastoring position at Athol Methodist Church, has spearheaded the citywide COVID Food Relief program throughout the pandemic.

Your parish and your community are grateful to Stacey!

The Cultural Alliance will provide an update on the Armory project

The Hudson Armoury, and its ultimate reformation as an arts and entertainment center, will be the subject of the reunion of the Hudson Historical Society on Tuesday, June 28 at 7 p.m. at First Federated Church Hall at 200 Central St.

Tom Desmond, President of the Hudson Cultural Alliance, and Pat Luoto, Secretary, will tell the story of the Armory, built in 1900, and provide an update on the status of purchase plans of the Alliance.

Further plans for the Hudson landmark in Washington and Park Street will be revealed at the meeting. The public is invited.

Residents and students of Hudson will gather at Wood Park on Park Street on Monday, June 20 at 12:30 p.m. for the second annual Juneteenth Festival.

The group will travel downtown to Hudson City Hall and the Unitarian Church “to celebrate freedom, community and heritage.”

“Red” Auerbach was chairman of the annual Easter Seal Campaign.

Tony Frias Sr. was president of the local football association.

Donald O’Bryant has been elected president of the Hudson Jaycees.