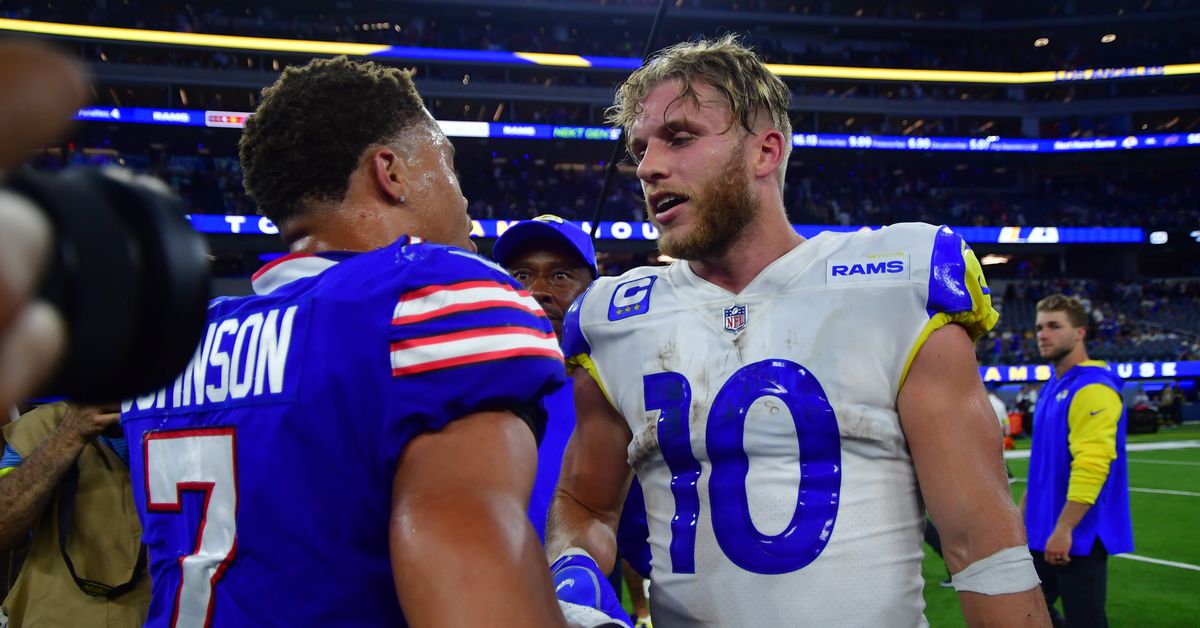 Cooper Kupp has 14 games with at least 100 yards since the start of the 2021 season, including the playoffs. There have only been 22 Rams games in that span.

That’s a high percentage of the 2021 Offensive Player of the Year production.

In the same span, no other player has even played 10 100-yard games, with Davante Adams coming in second with nine of those contests. Ja’Marr Chase and Justin Jefferson each have eight, while Travis Kelce and Tee Higgins rank next with six.

when asked if she was excited about Sunday’s game

my child: yeah i am i think matthew stafford is friends with cooper kupp because he throws the ball to him

Adding up all of his games since the start of 2021, Cooper Kupp is now at 2,553 receiving yards with 23 touchdowns in his last 22 games. He also has an NFL-leading 191 catches (adding 13 to his CV in Week 1) and even his rate stats, a 77% catch rate and 10.3 yards per target, each ranking seventh overall. during this period.

Impressive for a wide receiver whose 248 targets are 49 more than second-placed Hill.

Even removing his 2021 playoffs from the resume, Kupp still has 2,075 yards in his last 18 games, scoring 17 touchdowns and ranking fourth in catch percentage. The Bills had no answers for Kupp and now it’s AJ Terrell’s turn with the Atlanta Falcons on deck.

Terrell was a second-team All-Pro in 2021, but he allowed two touchdown passes in the Week 1 loss to the New Orleans Saints. Kupp had 163 yards and two touchdowns in Week 2 of the 2021 season.

Very few players in NFL history have been as productive as Kupp at wide receiver. Sure, the era and the offensive scheme help, but no one deserves more credit for his success than Kupp, a player who was once more productive at the FCS level than even Jerry Rice.

No matter what else happens on Sunday, Cooper Kupp was always worth watching.