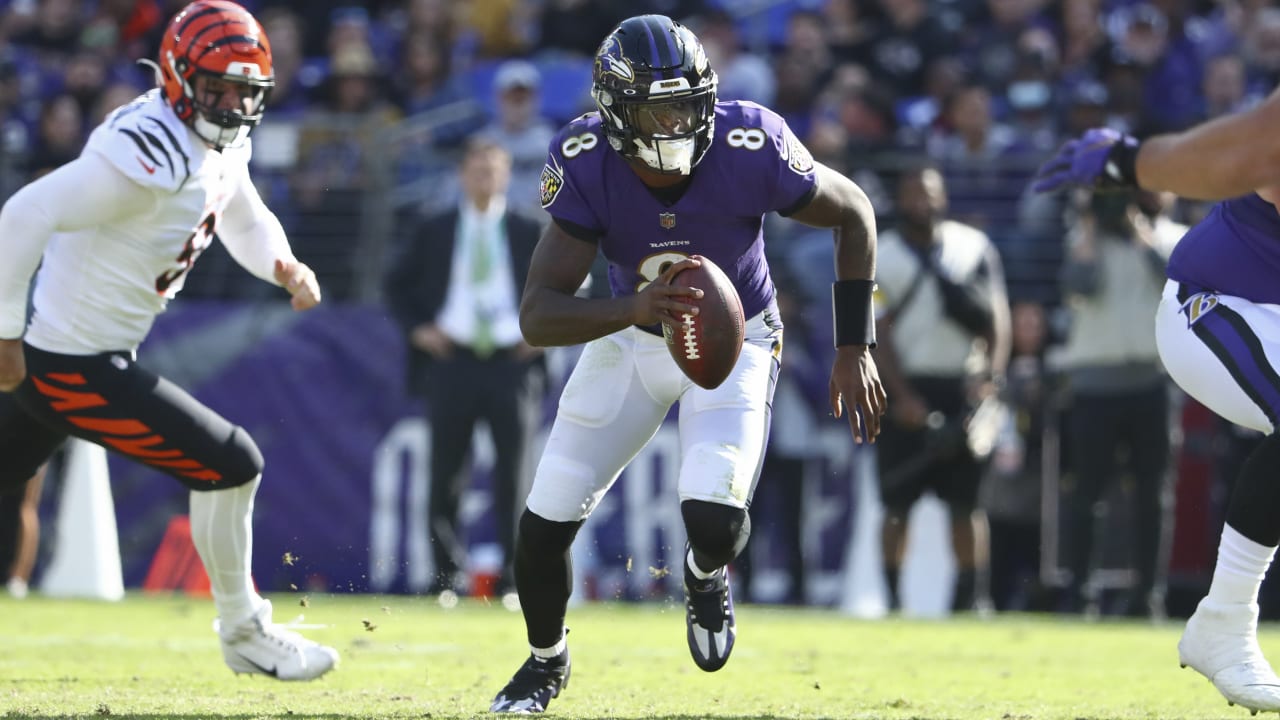 Something must change. The question is, what?

Many observers would no doubt love to see the Ravens deal with a running back before the November 2 trade deadline, but I don’t necessarily think that’s the way forward here. First and foremost, offensive coordinator Greg Roman needs to get Williams more involved, even when Murray comes back from injury. He’s averaging 5.5 yards per carry this season, and his downhill physical style complements Jackson’s well. Giving their races to a veteran crew who weren’t as efficient doesn’t make much sense.

But I’m not ready to give up on vets either. Roman needs to use Bell and Freeman in different ways and put them in favorable positions in order to reduce Jackson’s load. It’s clear that Bell, whose style doesn’t match what the Ravens want to do in the racing game, isn’t the same player he was in his heyday in Pittsburgh. Yet his greatest asset has always been his ability to catch the ball out of the backfield – and yet he’s only been targeted three times in Baltimore so far. Why not use it more on prints, screens, or counters, so it can pick up big yards via its vision and stop-start speed, or line it up wide? Freeman, meanwhile, is a one-cut slasher and a good control option for Jackson. This pair of vets can still provide a spark, although the bulk of the use should go to Williams.

I know it’s not ideal, but Baltimore has to find a way to squeeze more production on its back. Hopefully Murray gets his health back, Williams steps up, and Freeman and / or Bell click somehow. The Ravens’ schedule tightens considerably starting in Week 12, with five division games (two each against the Browns and Steelers, one home game against the Bengals) and two games against current NFC playoff contenders. (Packers and Rams) in this sequence. .

Now is the time to get the rushed attack back on track – or things could get pretty bumpy in the stretch.

Xavier Woods’ intelligence allows a new start with the Vikings