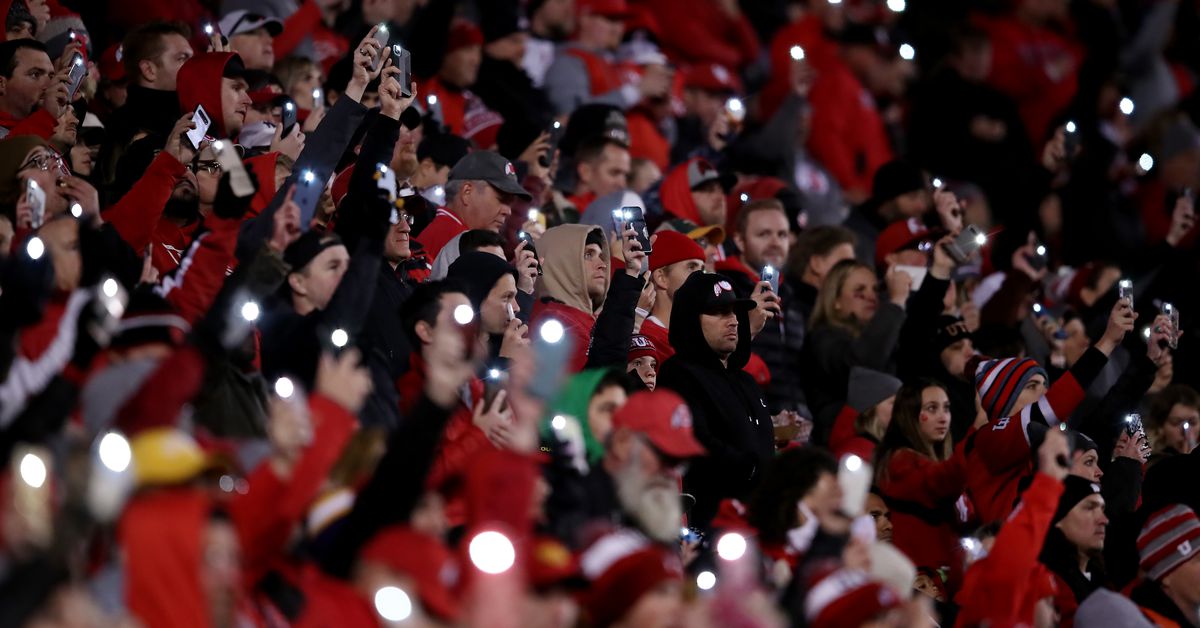 Utah football brings its most significant tradition to Las Vegas for the Pac-12 Championship game.

The ‘moment of noise’ in honor of Ty Jordan and Aaron Lowe, who tragically died nine months apart, took place this season at Rice-Eccles Stadium during the break between the third and fourth quarters.

The highlight will come during the third break of the second quarter in the Pac-12 Championship game tonight.

After Lowe’s death, Lowe-Sterns spoke to the team.

“The fact that Aaron’s mom comes over to talk to us and tells us to keep going because that’s what he wants, it’s kind of the last thing we needed before we could really do it,” he said. Utah receiver Britain Covey said in October. “That’s what has helped us the most is having his mom to tell us to keep going and dominate the rest of the season. It helped because now you feel like you’re coming out here with a bigger purpose. We’ve got a few tributes we’re paying during training to Ty and Aaron that help you play for something bigger than you.

Instead of a moment of silence, fans turned on their phone lamps and lit the Rice-Eccles Stadium and participated in a “moment of noise” to celebrate the lives of Jordan and Lowe.

Utah is playing a video between the third and fourth quarters, narrated by coach Kyle Whittingham.

“Time and time again you have understood their smiles and how they could light up this stadium. Ty and Aaron exuded happiness and joy and they both defined what it meant to live, not just to exist. Fight through tough times, get up from a fall and work to improve by 22% every day. They left an impact on each of us and on you, our fans, that cannot be described. “

“So today we ask you – in honor of Ty and Aaron – to smile. Smile as big as them. Smile, stand up, cheer and let your voices echo from mountains to skies in a moment of volume, exuberance, joy and celebration for the life of Aaron Lowe and Ty Jordan.

Utah has honored the lives of Lowe and Jordan in so many ways this season. The program established a commemorative scholarship fund in their name, removed their No.22 jerseys at a UCLA game halftime ceremony, and wore commemorative helmets during the Colorado game, wearing the “22 forever” logo.

Utah and Oregon meet in the Pac-12 Championship game tonight at 6 p.m. MST at Allegiant Stadium in Las Vegas.

Register to receive the newsletter

Get the inside scoop on your favorite team in this email for true Ute fans.