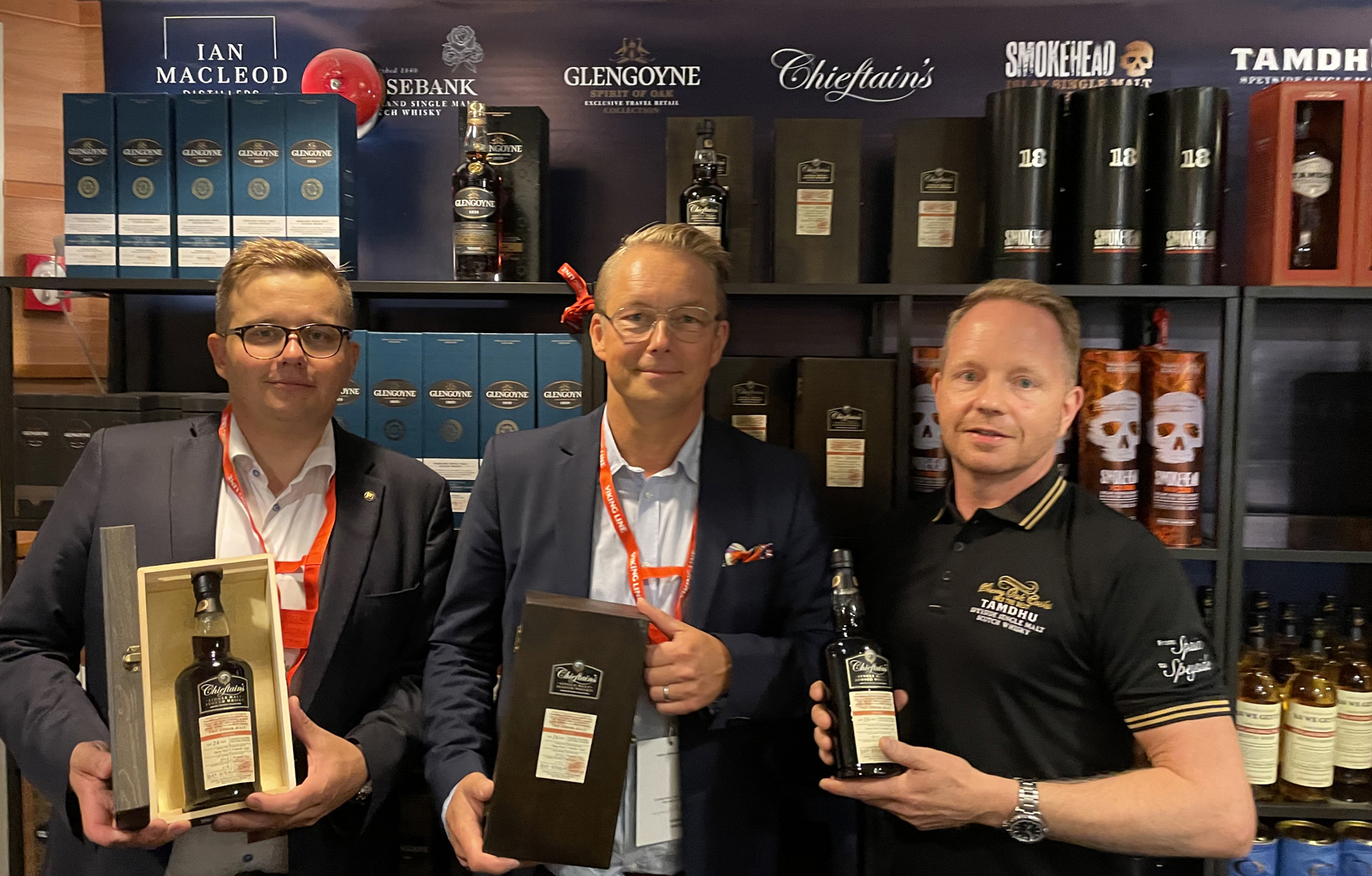 Described as the ‘quintessential Speyside single malt Scotch whiskey’, the new version is Chieftain’s Cigar Malt Single Cask bottled to date. Unfiltered and bottled by force of the cask (ABV 54.7%), it was distilled in March 1997 and matured in first fill European oak sherry casks # 3653. Only 518 bottles were exclusively available for Viking Line.

Noted Global Retail Director of Ian Macleod Distillers, William Ovens. “We were convinced that this single cask would do well, because a former Chieftain’s cask was sold at the previous fair. However, we had not anticipated this exceptional level of demand and apart from a few cases voluntarily retained for the second and third campaigns, we essentially sold the full keg in a single campaign! It was a very positive and encouraging result, especially given the context in which we find ourselves. In addition, there was an exceptional range of whiskeys available from several of the largest distilleries in the world, so it was nice to learn that this particular cask, sourced from more than one niche, specialty brand, was the top selling product. .

Chieftain’s is an independent bottling line that has been part of the IMD portfolio for over 20 years. It reflects the company’s long-term relationships with the entire Scotch Whiskey Industry, which has enabled IMD to acquire and maintain very high quality malts from Scotland’s finest distilleries for many years. many years.

Viking Line Tax Free Category Senior Business Operations Manager, Carl Mörn, said: “The fair is a key calendar event for whiskey lovers in Sweden and offers them a great opportunity to meet the people behind their favorite whiskeys. It was great to see the passengers on board again, enjoying the lively debate and interaction. We were especially delighted to see their response to Chieftain’s 24 year old Cigar Malt Single Cask, which exceeded our already high expectations.