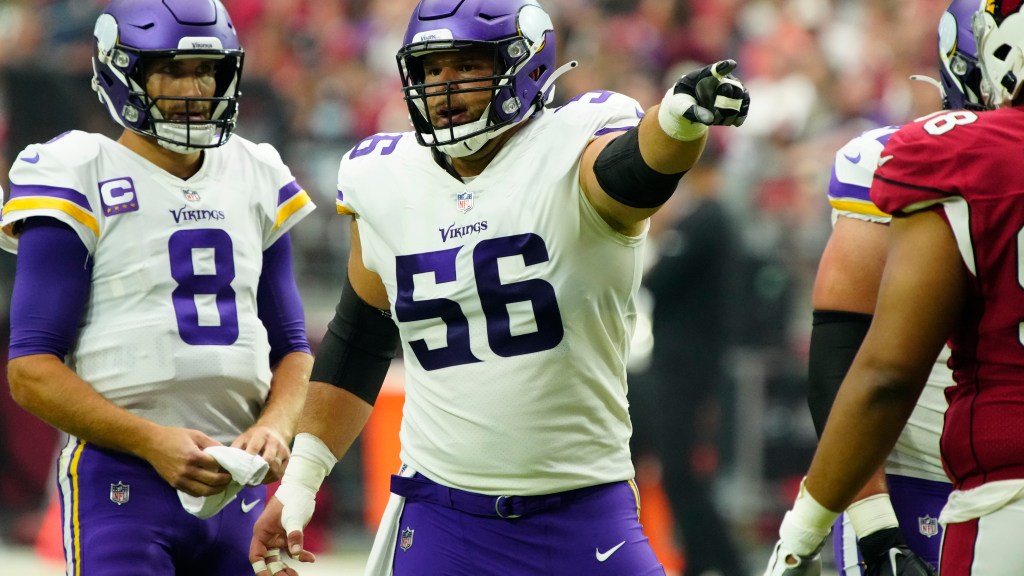 Minnesota have had a set five on the offensive line throughout 2021 so far.

Now the Vikings will have to change that. The team announced that they have placed C Garrett Bradbury on reserve / COVID-19. Bradbury will miss an NFL game for the first time in his career. The Vikings said in a press release that Bradbury was vaccinated last spring. Mason Cole or Wyatt Davis could be options at the center of Week 9.

The Vikings also announced that they had given up on DE Jonah Williams due to physical failure. The team recently placed Danielle Hunter on IR. Minnesota being unable to hold back Williams could very well lead the team to sign yet another rusher. Currently, Minnesota only has three defensive ends on the active roster.

The Vikings have increased depth to at least a group of positions. Minnesota announced Thursday it has signed TE Luke Stocker from the training team to the active roster. The Vikings made this move after placing another blocking the tight end, Ben Ellefson, on IR.

College football playoff leaders have yet to agree on expansion, to meet on December 1