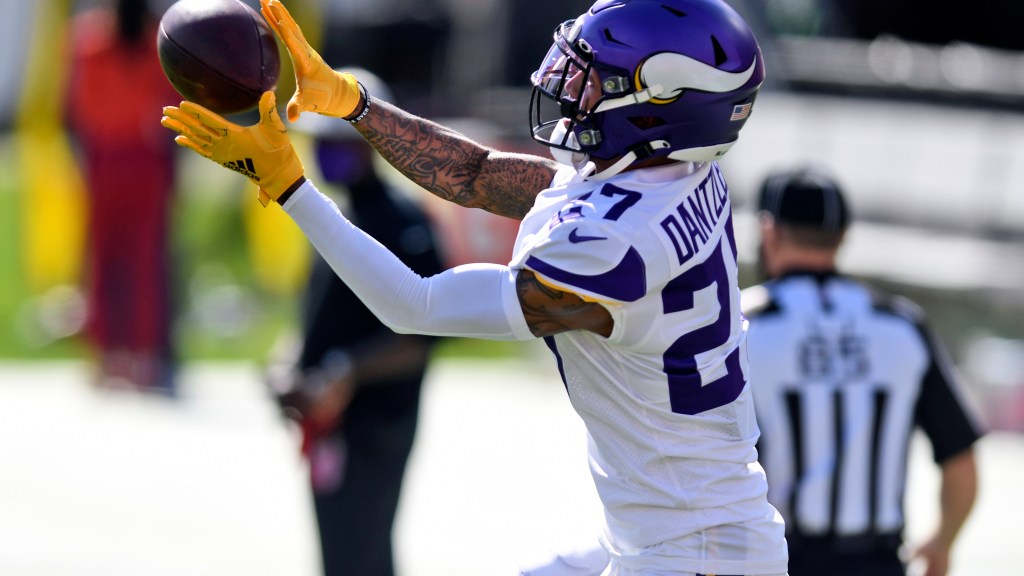 The battle for Minnesota Vikings cornerbacks is going to be very interesting to watch develop over training camp.

While Patrick Peterson is one of the presumed starters, none of the cornerback spots seem set in stone. With three players viably competing for those jobs with Akayleb Evans lurking behind them, anything they can do to separate themselves will help immensely.

During his first training camp press conference as defensive coordinator, Ed Donatell shared a lot of thoughts, but the one that stood out was Cameron Dantzler’s.

Vikings D coordinator Ed Donatell said that with his length, Cam Dantzler reminded him a bit of Patrick Surtain II.

Patrick Surtain II was one of the best rookie cornerbacks in recent memory and comparing Dantzler to him is hugely complimentary. One of the interesting elements of Donatell’s commentary is the length. Surtain II is much longer than Dantzler based on their combined measurables. Relative athletic score gives us the opportunity to compare the two players and the difference is staggering.

With their length being so big of a disparity, the comparison is more important because it directly compares their styles of play. If Dantzler can have the kind of success that Surtain II did last year, that means good things for the players. Vikings.