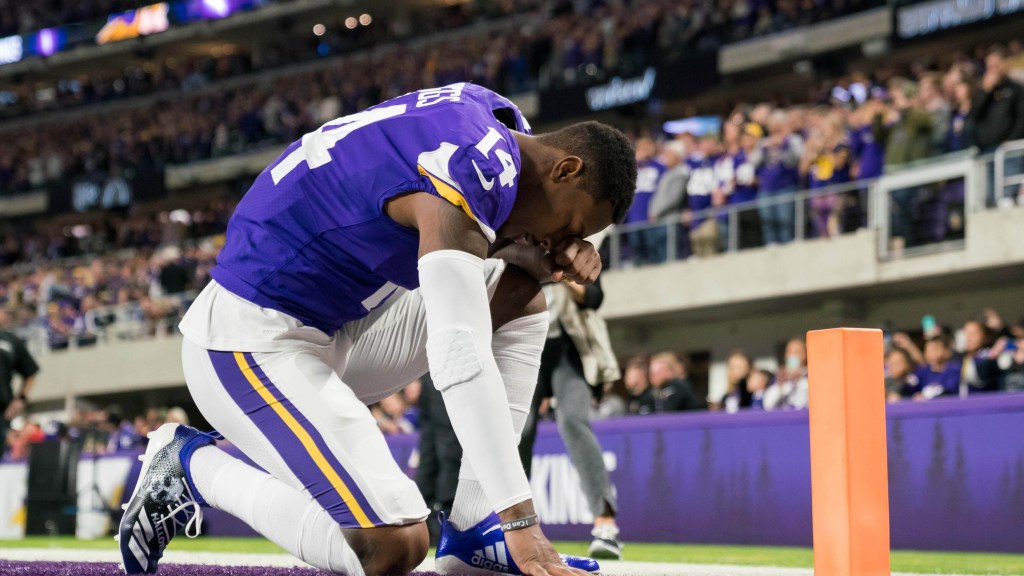 Where were you when the Minnesota Vikings finished one of the most unlikely games in playoff history against the New Orleans Saints to clinch their ticket to the 2017 NFC Championship Game?

It’s hard to believe it’s been four years to the day since quarterback Case Keenum threw a 27-yard pass to receiver Stefon Diggs, who edged Saints defensive back Marcus Williams to make the catch, before turn around in the field and take it home for a 61-yard touchdown.

I remember watching my brother, an avid Saints fan, literally get on his knees as the Vikings ripped the heart out of every Saints fan’s chest.

The excitement of a deserving Minnesota fanbase who had patiently waited for the opportunity to return to the NFC title game is something I will never forget in this moment.

It’s something Vikings fans take the time to celebrate on this special day.

Four years ago, on this day, the Miracle in Minneapolis happened. After the game I went to talk to the players in the locker room and before entering I congratulated Case Keenum. What a game it was! pic.twitter.com/uP4yJdTlEz

Today marks the 4th anniversary of the Minneapolis Miracle, I haven’t felt any happiness since. #skol pic.twitter.com/2D7cGxvnvG

I still get chills every time I watch the Minneapolis Miracle 😆

The last day I saw my mom, the day I wrecked my brother’s new truck just north of KC, and the Miracle in Minneapolis…definitely helped turn things around

My post-game report from the Minneapolis Miracle. Really felt like a high school locker room following the shock/joy. My last line on whether this would be the moment that transformed the #Vikings on a championship team or just another playoff footnote… well…. pic.twitter.com/bjec9hWRz5