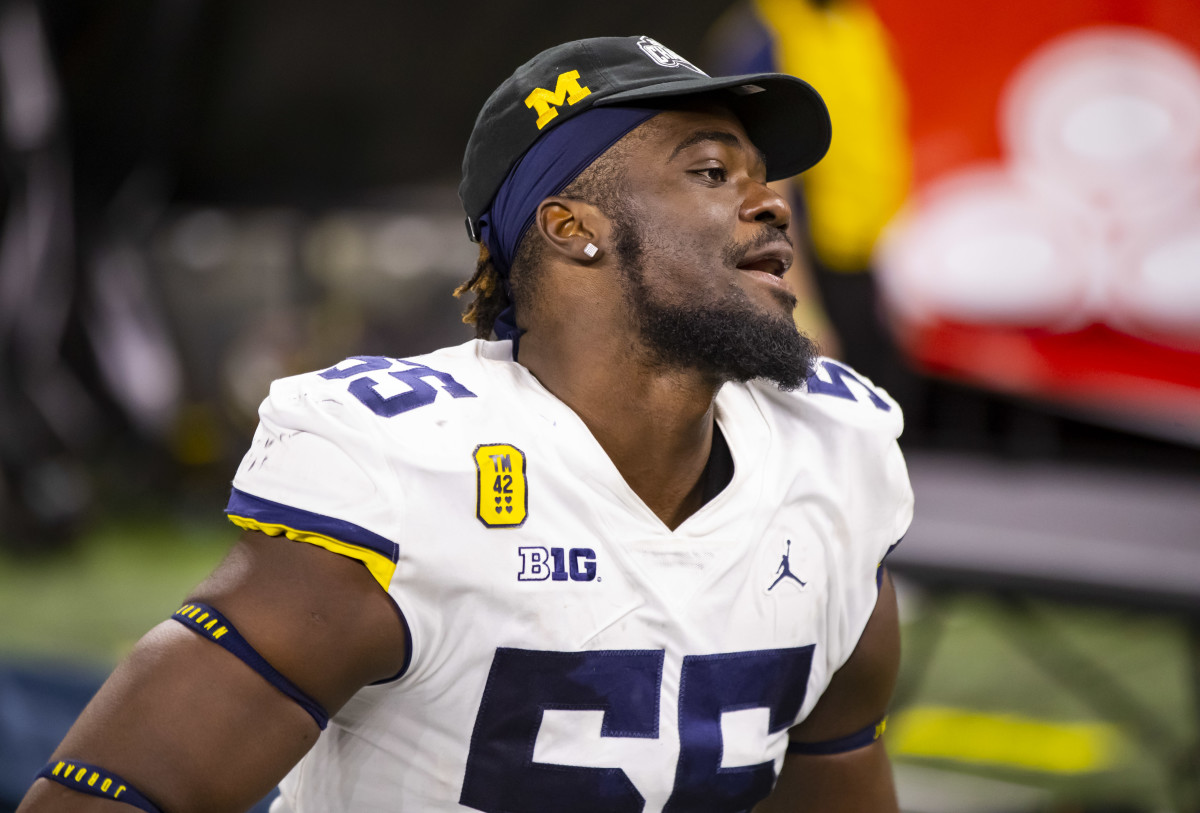 Under the old front office regime, the Vikings relied heavily on their ability to develop Day 2 and Day 3 players at the defensive end, which left the team’s depth very thin at the outside position. by Danielle Hunter. If new general manager Kwesi Adofo-Mensah uses the same model as the Browns, where he has been in recent years, Minnesota could value the prospects’ age (22 and under) and their college production, physical traits and edge. potential. Ojabo’s combination of potential and youth make him a clear target for the Vikings in a position of need. They haven’t selected a front-runner in the first two rounds since Erasmus James in 2005.

To analyse: As Reid mentions, the Vikings never drafted rushers until the third round under Rick Spielman. It’s just not something they ever seemed to consider. And when you land players like Brian Robison, Everson Griffen and Danielle Hunter in rounds three and four, that strategy works. But when those picks start turning into Scott Crichton, Jalyn Holmes, and DJ Wonnum, it doesn’t work and your depth becomes non-existent. The Vikings haven’t drafted and developed a quality DE since Hunter in 2015. I know Wonnum had eight sacks last season, but turn on the movie and watch the forward metrics and it’s easy to tell he doesn’t. is not a starting caliber player at this stage of his career.

There is strong evidence to suggest that the arrival of Kwesi Adofo-Mensah will mean the Vikings will become much more open to using premium draw capital on top rushers. While working for the 49ers and Browns, Adofo-Mensah saw the impact of top picks Nick Bosa and Myles Garrett on those defenses. He was in SF when they passed first-round picks on defensive linemen four times in five years from 2015 to 2019, taking Arik Armstead, DeForest Buckner, Solomon Thomas and Bosa. The Vikings aren’t picking high enough to land Aidan Hutchinson or Kayvon Thibodeaux – who are seen as the potential Bosa, Garrett-type players in this class – but that doesn’t mean there won’t be some intriguing options available at the #12.

The second tier at the post appears to be made up of Purdue’s George Karlaftis and Michigan’s David Ojabo. Karlaftis is the most polished player right now (and may well have passed 12), but Ojabo seems to have the highest ceiling. He’s only played football since his junior year of high school and came out of nowhere in 2021 with 11 sacks and five forced fumbles. Ojabo’s size, athleticism and instincts give him a ridiculous advantage. He’s a former high school track athlete with a crazy brilliance and a flair for football. If he continues to develop and gain experience, he could end up being as good as any top rusher in the class. The adjustment is working well in Minnesota with the Vikings likely to move to a 3-4 defense this year.

Also available: Cincinnati cornerback Ahmad “Sauce” Gardner is still on the board here and would be awfully tempting, but less so if you think you can still land a strong second-round CB prospect. EDGE Eden Prairie native Jermaine Johnson heads for the top 15. QBs Matt Corral and Sam Howell would be risky picks, but it could be worth it.